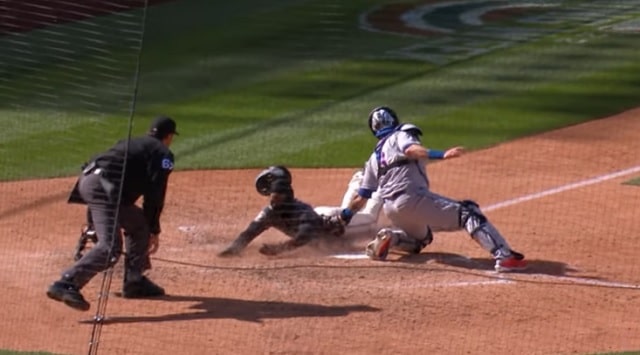 The month of June has historically been a bad one for the New York Mets, who have seen plenty of seasons go down the tubes in the third month of the year. With a difficult schedule on tap for June and a rash of injuries to their starting rotation, the stage was set for another June swoon. The month didn’t end well for the Mets, who suffered their first three-game losing streak of the season to end June, but they did post a 13-12 record in the month for their first winning June since 2012.

The defining point of June was a 10-game West Coast road trip to Los Angeles, San Diego and Anaheim that was eerily similar to the 13-game stretch last August against the Dodgers and Giants which ended up sinking the Mets for good. This year’s team managed to navigate a 5-5 record out of the trip, allowing them to withstand a surge from the Atlanta Braves to maintain first place in the National League East. A winning homestand against Milwaukee and Miami built more positive vibes for the Mets but they were largely squandered thanks to the Houston Astros, who swept four games from the Mets across a pair of series to end the month.

The good news for New York is that there is some positive news on the injury front coming. Max Scherzer could be back in their rotation by next week while Jacob deGrom could return shortly after the All-Star Break, adding some much needed star power to the top of their rotation. Trevor May is also working his way back from injury, which could give a struggling bullpen a much-needed boost. The impending trade deadline will also give GM Billy Eppler an opportunity to address some of his roster’s needs, which include building a better bridge to closer Edwin Diaz and finding another bat to help lengthen a lineup that has become thin behind its top five hitters.

The offensive star for the Mets in June was second baseman Jeff McNeil, who led the team with a .357 batting average for the month. The Mets’ lineup clearly suffered when McNeil got hurt and missed five games, a stretch where the Mets went just 2-3 and averaged 3.4 runs per game. Other top performers included Starling Marte (.276/1 HR/5 RBI) and Pete Alonso (.272/9/22 while leading the team in the power categories).

The standout on the pitching end was Diaz, who racked up five saves and a hold while pitching to a 1.00 ERA and striking out 19 batters in nine innings pitched. Adam Ottavino (0.84 ERA in 10 appearances) also worked well out of the bullpen while David Peterson (2-1, 3.18 ERA) and Taijuan Walker (3-2, 2.63 ERA in six starts) were the best starters for New York.

The schedule does ease up significantly in July as the Mets are slated to play just eight games all month against winning teams, including only three more in Atlanta prior to the All-Star Break. The hard part for the Mets comes from the fact that they start July with 17 straight games prior to the break, a run that includes 10 road games against just seven home dates. The opposition prior to the break includes the Texas Rangers, Cincinnati Reds, Miami Marlins and Chicago Cubs, which should give the Mets a chance to regroup against soft competition. The hardest stretch the Mets have comes immediately after the All-Star Break, when they host the San Diego Padres and New York Yankees on a five-game homestand, before another trip to Miami to end the month.

The Mets are scheduled to play 25 games in July and should look to fatten up on this stretch with bad teams, ideally posting a 17-8 record that includes a series win in Atlanta. Pulling off feat would have the Mets leaving July with a record of 64-37 and in a position to solidify their hold on the NL East with a fortified roster after the trade deadline. A winning June was a solid effort for New York but they have to keep building on it to achieve their goals of winning the division.