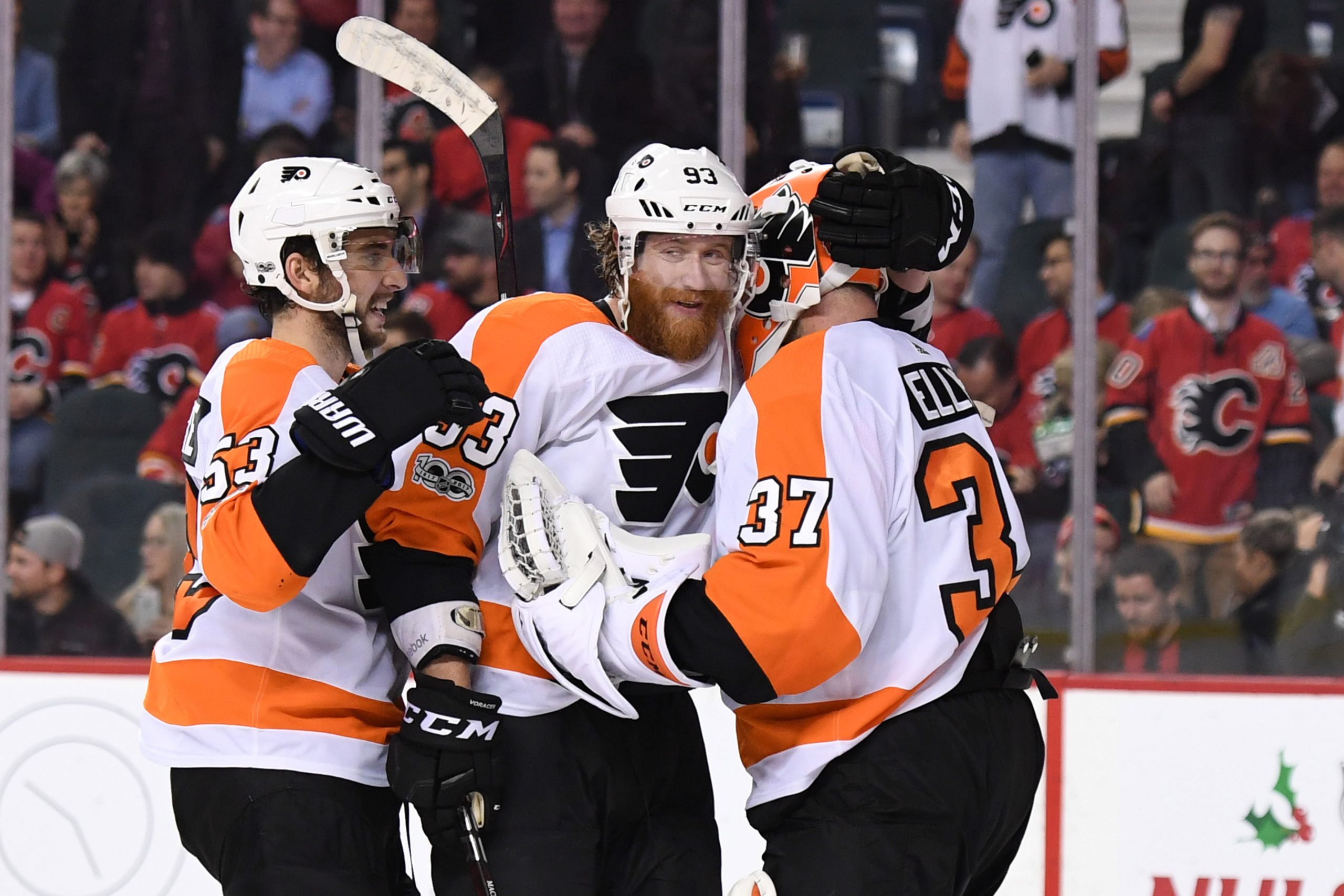 Veteran goaltender Brian Elliott has 13 years of NHL experience and has settled in as a strong tandem goaltender over the course of his career. It should be no surprise, then, that Elliott is a potential target for Edmonton Oilers GM Ken Holland.

The Oilers are in need of a veteran goalie to tandem with Mikko Koskinen. Elliott isn’t the same goalie he was five years ago in St. Louis, but he’s still a valuable NHL’er who has a history of success in the league.

Does he make sense for the Oilers? On the face of it, the answer is yes. A deeper dive, however, shows that the fit might not be as good as it looks.

The Flyers don’t need a tandem goalie, they just need a competent backup who can help Hart continue his adjustment to the NHL and to play ~20 games a season. Elliott was that guy this past season.

He could be brought back, but there have been no conversations between the sides to this point.The Flyers are more likely to find a new backup, likely a cheap one, on the free agent market in October.

Since then, Elliott has struggled to find his game. In 43 games with the Philadelphia Flyers in 2017-18, Elliott posted a .909 save percentage. He posted a .907 mark in 2018-19, then finished with the second-worst mark of his career this past season.

His -8.02 Goals Saved Above Replacement was his worst mark since 2010-11, and represented his fourth consecutive season as a negative in this area.

At five-on-five, Elliott fell off a cliff in 2019-20. His .883 save percentage was, by far, the worst mark of his career. In fact, it was the first time he ever posted a five-on-five save percentage below .900. In was a sharp decrease from the last two seasons as well.

Here’s a look at Elliott’s scouting report via The Sports Forecaster:

A long-limbed butterfly goalie who covers a lot of area, he is quick on his skates and takes good angles. He’s calm, efficient and mature in the crease. Can go on prolonged hot streaks. Lacks consistency and tends to run cold at critical times. Not very pro-active with his stick, he also isn’t very proficient at handling the puck. Does not challenge shooters enough.

Elliott is no longer a starting caliber goalie at the NHL level. In the last few seasons, there has been some real decay in his numbers as well. Elliott is probably, at this stage of his career, a mid-to-low level backup. It’s also hard to imagine he’s going to buck the trend of decline at 35.

In Edmonton, he’d be a clear backup option to Koskinen, and it is debatable if he would even be an upgrade on Smith.

Four or five years ago, Brian Elliott would be an easy choice for the Edmonton Oilers to go and get in free agency. Now? The story is different. The numbers continue to fall, and Elliott is getting older and making less starts each year.

Elliott played only 31 games this past season, and played just 26 in 2018-19. He’s a good veteran, but the Oilers are better off going in a different direction in their quest to find a veteran goalie.