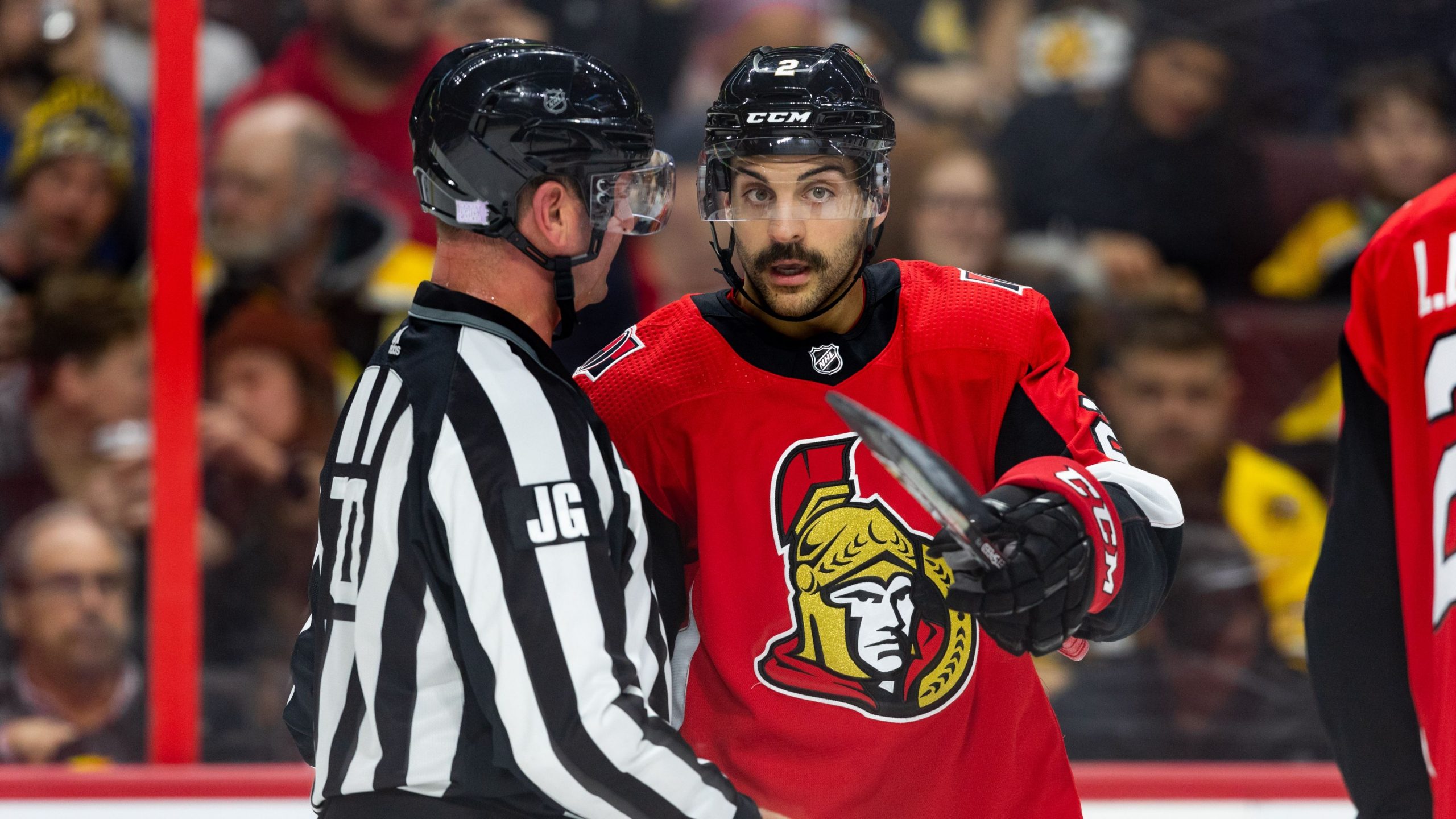 In a flat-cap world, finding value is paramount. Simply throwing money at issues and worrying about the consequences later won’t fly when the luxury of an increased cap isn’t there. That means most NHL teams will need to be careful with how they proceed during the offseason. The Edmonton Oilers are one of those teams.

GM Ken Holland, maybe surprisingly, has turned his attention to defense and goaltending this offseason. Holland is looking for a goalie to likely tandem with Mikko Koskinen. He’s also looking to change the complexion of his defensive group. Part of that change is almost certain to come on the right side.

Top prospect Evan Bouchard is close to NHL ready, while pending RFA Matt Benning could get pushed out due to the flat salary cap. Veteran Adam Larsson is also a trade candidate to improve the forward group.

If Larsson is sent out of town, a replacement will be needed. Little discussed free agent Dylan DeMelo could be that guy.

DeMelo broke into the NHL during the 2015-16 season with the San Jose Sharks. Although he was a solid player for the Sharks, DeMelo was shipped out on September 13th, 2018. DeMelo was part of the package the Sharks sent to Ottawa for star defenseman Erik Karlsson.

After a season-and-a-half with the Senators, DeMelo was traded to the Winnipeg Jets at the trade deadline. The 27-year-old native of London, Ontario, is a pending unrestricted free agent, and was viewed as a rental for the Jets in February.

DeMelo filled a top-four role in Winnipeg, but there has been no word on if an extension is in the works. As of this time, DeMelo is likely to hit the free agent market in less than a month.

DeMelo is an extremely underrated defenseman who consistently has the puck going in the right direction. He’s also consistently been a positive when it comes to possession for the teams he plays for. When he was on the ice, a good Sharks team was better. When he was on the ice, a bad Senators team was better. DeMelo might not be a household name, but he’s a good player.

DeMelo only appeared in ten regular season games for the Jets, failing to register a point. He did post a Corsi For of 50.4%, which was even relative to his teammates during those ten games.

In terms of playing style, DeMelo is a mobile defenseman who moves the puck. He’s also got a good shot from the point, and could be an option on the second powerplay unit for a team.

Here’s a look at DeMelo’s scouting report via The Sports Forecaster.

Can put up numbers on offense and be used on the power play at lower levels, thanks largely to a very good point shot. Is also capable of being a physical blueliner. Is a little undersized for a 6-1 defenseman at the National Hockey League level, so he could use more bulk. Also needs to continue to improve his overall play without the puck.

DeMelo is a proven defenseman at the NHL level. He’s an extremely good third-pairing option, and looked like a top-four one following his trade to Winnipeg. A team signing DeMelo should expect nothing less than extremely strong play and puck moving ability from the third-pairing.

There is also the potential for a top-four role with DeMelo, especially if the club that signs him deals with injury issues.

In Edmonton, DeMelo would slot in third on the depth chart behind both Larsson and Ethan Bear. Should the team trade Larsson, and it is possible, DeMelo could be an option on the second-pairing behind Bear. It would be a gamble, but not a crazy one.

DeMelo earned $900,000 per season on a two-year deal that he signed on July 7th, 2018. In a flat-cap world, it’s hard to see DeMelo earning a massive raise on that number. He’ll earn more, without doubt, but won’t break the bank.

DeMelo signing a two-year contract that carries an AAV around $1,500,000  wouldn’t be a surprise.

Value is the name of the game in a salary cap world. That point is magnified when the cap doesn’t grow. It won’t grow this offseason, and almost certainly won’t grow next offseason either.

Dylan DeMelo is a good NHL defenseman who showed signs of being a top-four blueliner this past season with the Winnipeg Jets. He’s not going to break the bank, and he adds an element of mobility and puck moving to an Oilers blueline that needs a little more of both.

The odds of DeMelo signing in Edmonton aren’t high. He’s not the kind of target they normally go after. Buying low on a value option has alluded this organization for years.