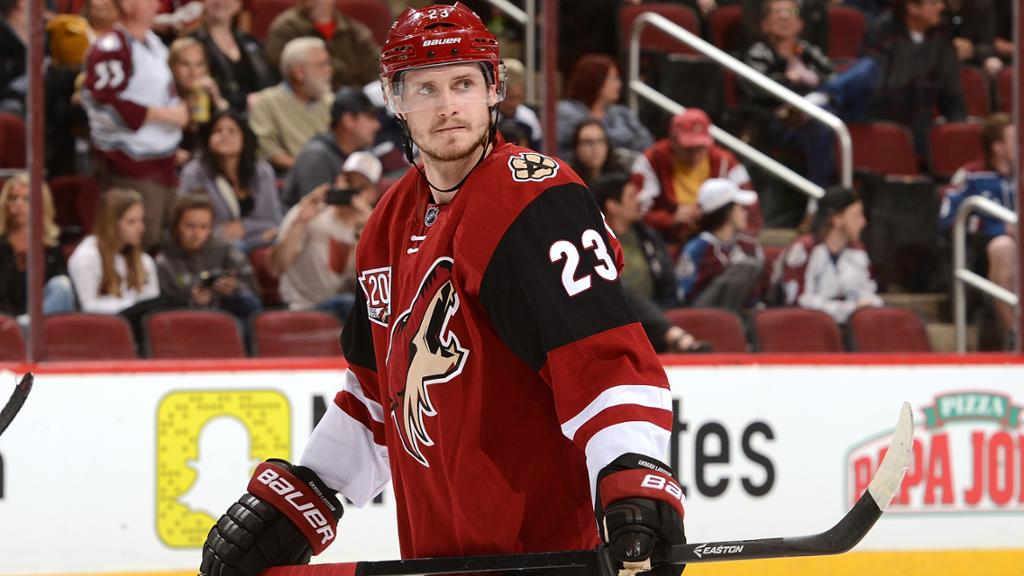 One of the biggest rumors in the NHL right now is that the Arizona Coyotes are going to move captain Oliver Ekman-Larsson. The Edmonton Oilers are one of many teams interested in Ekman-Larsson, and have the pieces to make a deal happen.

Will Ken Holland pull the trigger and essentially remake his defensive group? Is it smart to make said move? Is Ekman-Larsson worth both the large contract he is owed and whatever price is required to bring him to town?

These are the questions Holland must find the answers to. We’ll try and answer some of them today.

Things aren’t great in the desert right now. The Arizona Coyotes are about to lose Taylor Hall to free agency, don’t have picks in the first two rounds of the NHL Entry Draft, and won’t have a first round pick in the 2021 NHL Entry Draft.

On top of their lack of draft capital, the Coyotes have a new GM in Bill Armstrong and a new ownership group that appears to be in flux yet again. The game plan in the desert appears to be to shed salary and talent and once again rebuild the organization.

If the Coyotes want to recuperate some of the draft capital they have lost over the last few months, moving Ekman-Larsson makes a ton of sense. Not only would he bring assets back, but an OEL trade would also shed some serious money off the books.

For a long time, Ekman-Larsson was an elite defenseman who was among the best in the NHL. After a strong rookie season in 2010-11, Ekman-Larsson took off in 2011-12, emerging as one of the best defenders in hockey.

This past season, however, showed some erosion in his game. Ekman-Larsson scored just 30 points (9 g, 21 a), his worst offensive production since his rookie season (11 points in 48 games). His nine goals was the lowest output he’s had in that area since 2012-13, when he scored just three goals in the shortened 48 game season.

When he’s right, Ekman-Larsson is a mobile defenseman who can handle top-pairing minutes and play on both special teams units. He can move the puck, has a good shot from the point and is more of an offensive threat than any current defenseman on the Edmonton Oilers.

There is no question that Ekman-Larsson was a great player for a long time. He’s still a good player today. Is he still elite? Can he still anchor a defense? The year-over-year numbers indicate the 29 year-old may be past those days.

Here is a look at Ekman-Larsson’s scouting report via The Sports Forecaster.

An incredibly smooth skater, he moves effortlessly all over the ice. Has great instincts for the blueline position and displays a knack for scoring points. Makes few mistakes with the puck. Boasts a good frame, too. Is a little inconsistent in the defensive zone, so he needs to improve in those rare moments when he does not have the puck while on the ice. Also, his slap shot from the point lacks some consistency.

Ekman-Larsson took steps back in 2019-20, but he’s still a very strong top-four option in the NHL. This is still a very good player who makes just about any team better. No matter where Ekman-Larsson ends up, he’s going to be a top-four defenseman in 2020-21. He’s beyond qualified for the role.

In Edmonton, I truly believe Ekman-Larsson would be the best defenseman on the roster. He’d anchor the team’s top pairing, play on both special teams and limit the minutes for whichever player remains between the duo of Darnell Nurse and Oscar Klefbom.

In terms of trade cost, the Coyotes aren’t moving Ekman-Larsson without a first round pick going back. It’s unlikely the Oilers will move the 14th overall pick outright, but the club’s 2021 first round pick is certainly on the block. There will also be salary that needs to go the other way. Both James Neal and Kris Russell are possible solutions here.

Would the Coyotes dump the contract of Ekman-Larsson for a 2021 first round pick, James Neal (who they then buyout) and a prospect like Dmitri Samorukov, William Lagesson or Cooper Marody?

Adding a top-four defenseman of Ekman-Larsson’s caliber was not on my offseason to-do list. It appears to be on Holland’s, however. Whether you agree or not, the veteran manager is looking to change up his defensive group. There appears to be an emphasis on a top pairing defenseman who brings an element of mobility.

I like Ekman-Larsson a lot, and I have liked him for a long time. Trading for him presents a lot of risk, however. Ekman-Larsson still has six seasons left on his contract, and is already showing signs of decline. If he is in fact starting to erode, that contract could be an anchor that ruins a team.

There’s risk here, but there is also no denying that Ekman-Larsson would improve the 2020-21 Edmonton Oilers.