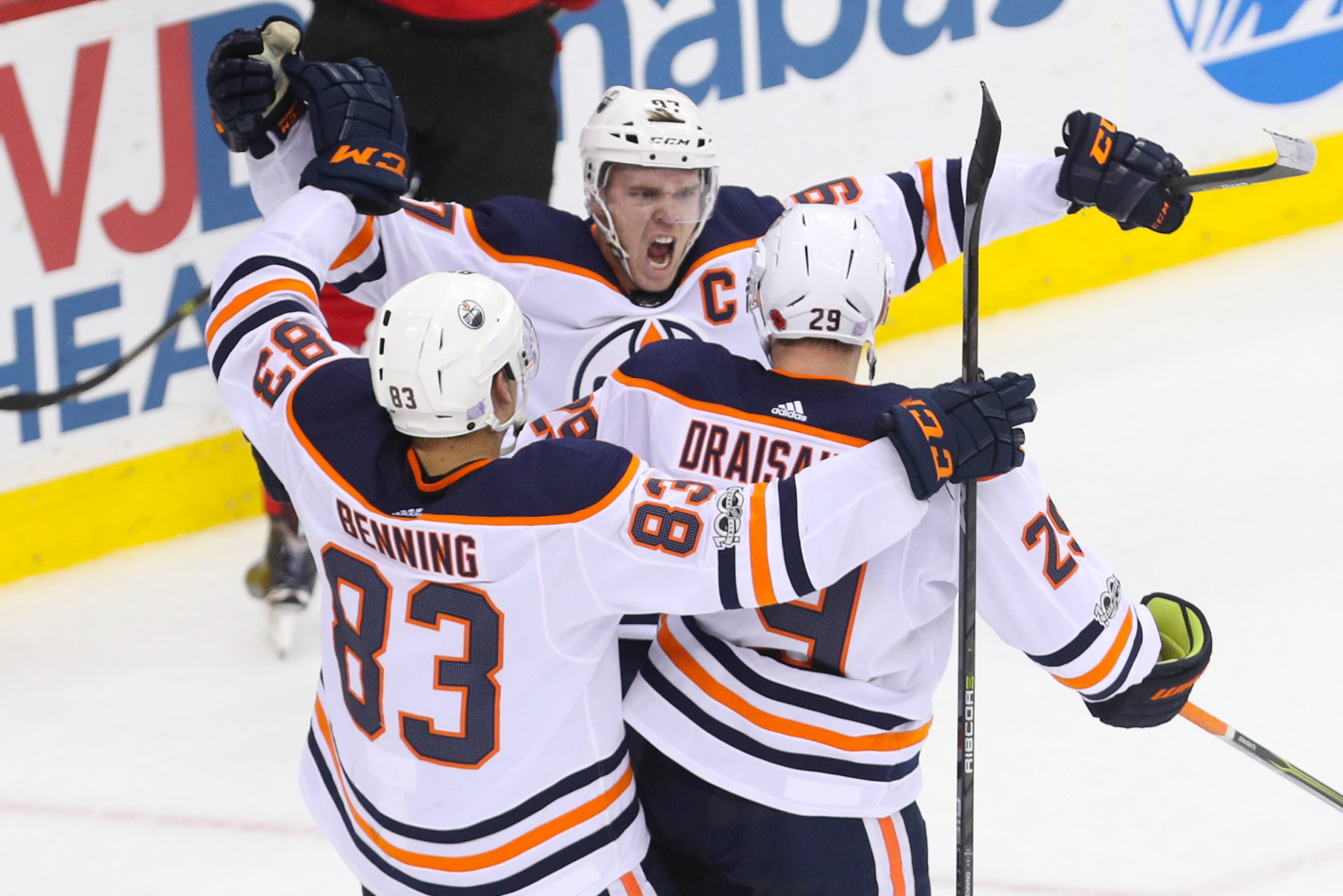 Later today, the Edmonton Oilers will report to Rogers Place to open training camp. It begins a 20 day march to opening night, when the club hosts the Vancouver Canucks. There are plenty of roster spots and jobs to be won, with a unique list of candidates ready to battle.

Interestingly, there will be no PTO’s as the club kicks off camp. This was one area of procurement that seemed like a certainty as recently as two weeks ago. GM Ken Holland confirmed yesterday that the club will not be issuing any PTO’s early in camp.

Here’s a look at the full roster and the first group of cuts, which came immediately following the conclusion of rookie camp Wednesday.

We know Koskinen and Smith will make the roster, with the two of them fighting for starts early in the season. Starrett is the odds on favorite to start in Bakersfield, while Wells and Skinner will fight it out for the backup job. It’s possible whoever comes up short will be the starter in the ECHL.

Rodrigue will return to the QMJHL in the near future, likely after a few practices and maybe one exhibition game.

Desharnais and Kulevich are on AHL contracts and will likely be sent out within a week, when Condors camp kicks off. Locks for the NHL roster include Larsson, Klefbom, Nurse, Russell and Benning. Expect Persson, Jones, Bear and Bouchard to fight it out for the remaining two spots.

Manning is likely to find his way onto the waiver wire, but does have an outside chance at the seventh defender job. I’ll be interested to see Day, who really impressed in Bakersfield last season.

There are a handful of players on AHL deals that are invited to camp this season by the Oilers. Esposito, Starrett and Peluso will all be shipped out to Bakersfield in short order. I don’t rule out the veteran Peluso getting a game or two, however.

Don’t expect Brodziak to hit the ice, as sources indicate he is destined for LTIR with a nagging back issue. Lavoie is the only player on this list who is to return to junior hockey this season. He’s destined for the QMJHL.

I expect that group to be joined by Gagner, Haas and Nygard, but guys like Benson, Marody, Cave, Jurco and Gambardella might have something to say.

I’ll be interested to see how rookie forwards McLeod and Maksimov handle camp. Both will be in Bakersfield this season and it is vital that the club develops them into useful players.

The Oilers held their last rookie camp practice on Wednesday. They made cuts immediately after that as Dave Tippett and Ken Holland look to cull the herd early in camp.

The following players were released from their tryouts and assigned back to their CHL teams: Jaxon Bellamy, Ethan Cap and Liam Keeler. They also released free agent Brendan De Jong, who will now attend AHL camp with the Condors.

Steven Iacobellis and Jakub Stukel, both on AHL contracts, were assigned to the Condors.

The Oilers kick off the preseason Monday night at Rogers Place against Winnipeg. The first on-ice practice is tomorrow.