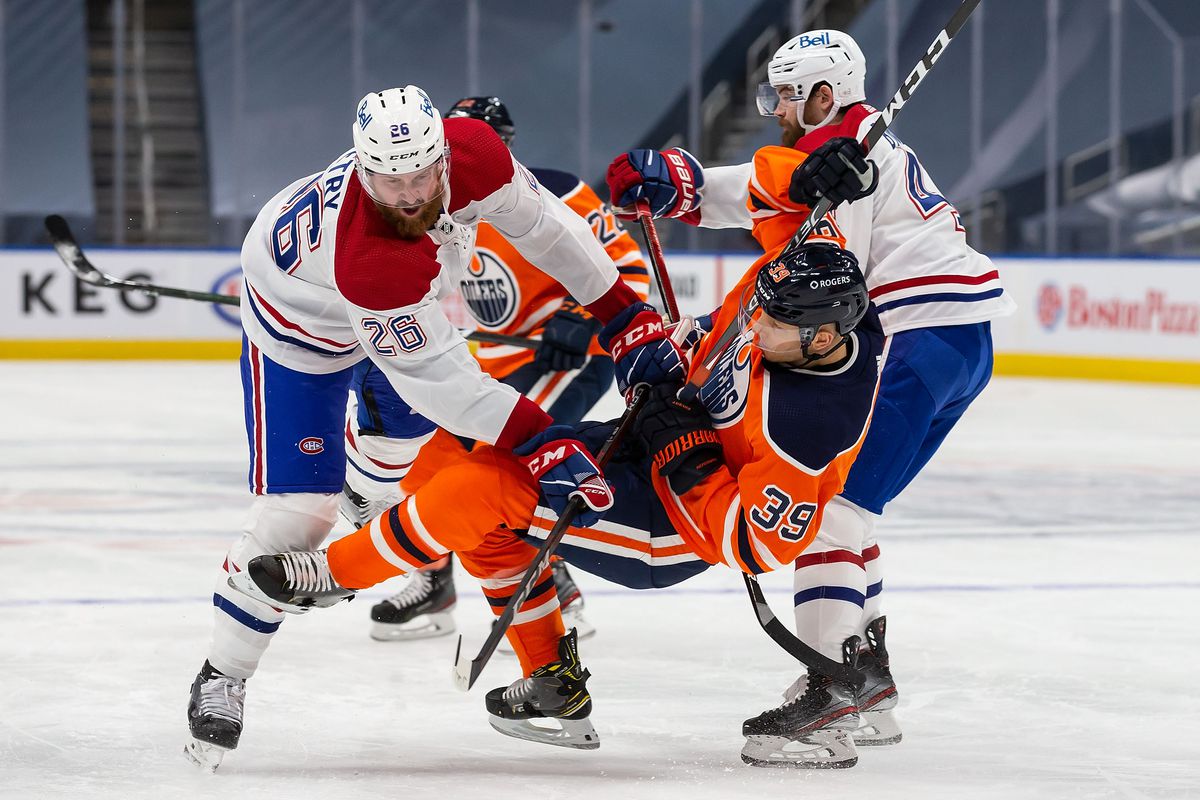 The Edmonton Oilers were pushed physically on Wednesday night. Shea Weber committed numerous acts just short of war crimes, while Corey Perry displayed the worst head jerk since November 22nd, 1963. The Oilers dealt with uncalled hooks, hacks and downright interference in a tough 4-3 loss on Wednesday to the Montreal Canadiens.

In the end, the Canadiens were the better team. They were ready to go in the first period, and set the tone by outshooting, out-chancing AND out-hitting the Oilers. The Habs led the game, on merit, 4-1 late before the Oilers scored twice to make things interesting.

When the dust settled, emotions were high and the clubs split a highly entertaining two-game series at Rogers Place. It felt like the 2021 Stanley Cup Playoffs had come early in Northern Alberta.

“You’re playing hard, playoff-style games, so that’s good for your team,” Head Coach Dave Tippett said after the final game of the miniseries. “How you react, how you play in those games, you find out a lot about your players in those games. Who can play, who can battle at that level.”

Although the Oilers lost on Wednesday, they never quit. One of the issues in Edmonton over the years was that the team would flat-out quit when the going got tough. On Monday night, down 1-0 midway through the third period, the Oilers continued to push and eventually scored a 4-1 victory.

On Wednesday, with the Canadiens even more physical, the Oilers never backed down. Even when trailing 4-1 with mere minutes remaining, the Oilers kept coming. They made it 4-3, and had a few chances in the final minute to tie the game.

Wins and losses aside, that’s a positive. With the Oilers almost certainly going to the playoffs, the ability to persevere, fight and compete is paramount. The Oilers proved they could do all of that over the last two games. In the end, these two games could serve as key preparation games for what is to come.

“That was a hard-fought game and that’s the way all the games are going to be down the stretch,” said Ryan Nugent-Hopkins, who played his first game in two weeks on Wednesday. “In the playoffs it’s going to be the same mindset.”

The Oilers will have roughly a month to hone that mindset and get set for their first true Stanley Cup Playoff series in four years. They’ve passed the first test. Next up? Another two-game miniseries, this time with the Winnipeg Jets.