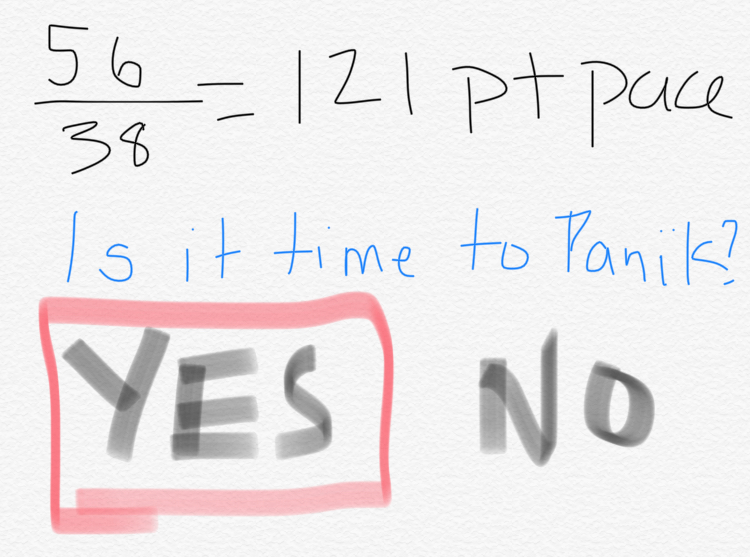 After a mini-break, the Oilers are back in action tonight in Glendale to take on Richard Panik and the Arizona Coyotes.

It’s probably safe to assume that in October, no one saw this coming for the Oilers. That a game in Arizona in January might put the final nail in  the coffin, and yet here we all are.

In order to hit 95 points the Oilers need 56 points over their final 38 games, which works out to playing at a 121 point pace. that means they STILL need to win 28/38 games IN REGULATION to get a sniff.

If they want to repeat last year’s success, they’ll need to go on a 33-5 run it doesn’t look like that’s happening anytime soon.

There’s not a lot to say. This is a bad team and things need to change. Unfortunately the wrong things will change (like can someone please explain how and why Drake Caggiula isn’t trade bait but Anton Slepyshev is), but this organization won’t be the same.

It’s time to get rid of the rot and it needs to start at the top.