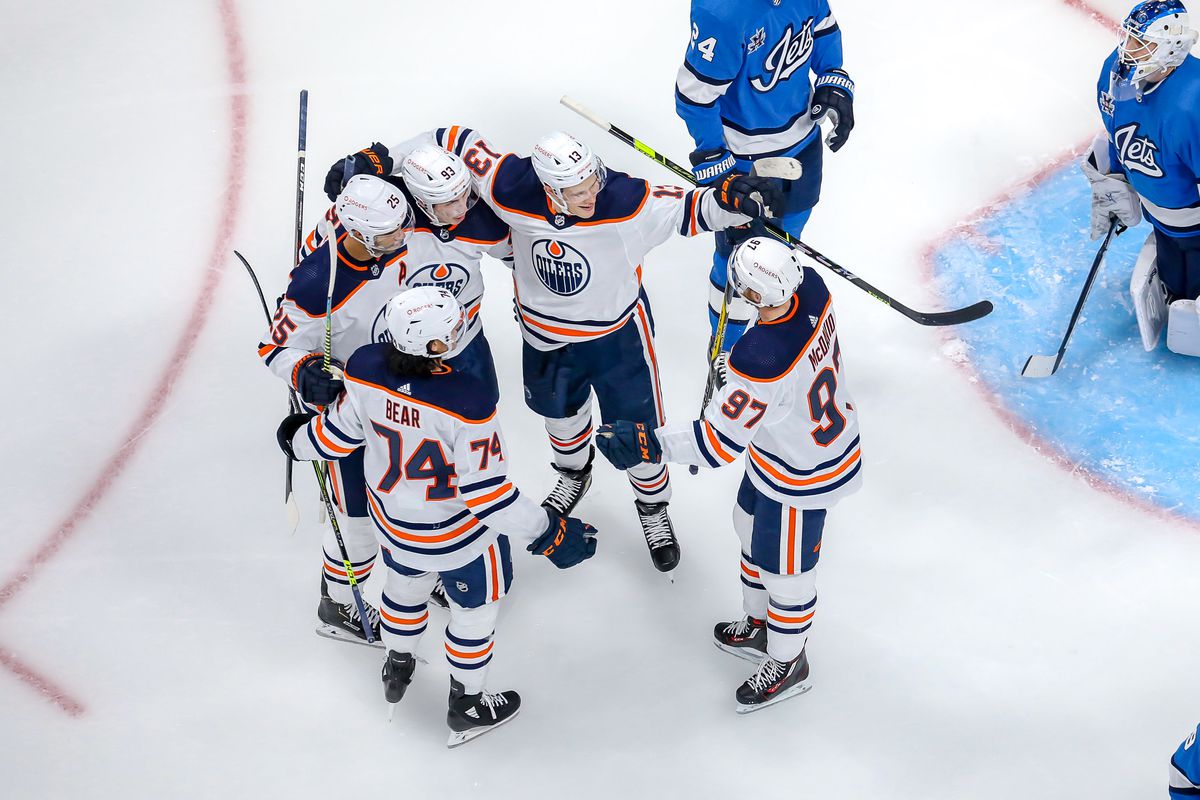 The Edmonton Oilers return to the ice tonight after a stretch that saw them play just three games in a span of 15 days. Now, the Oilers get to work on their final sprint before the start of the 2021 Stanley Cup Playoffs. The club opens a brief two-game road trip tonight in Manitoba.

The Oilers travel to Winnipeg to take on the Jets in the eighth of nine meetings between the teams in the regular season. The sides will finish off the series Wednesday night in Winnipeg. A quick look at the standings shows that these two are on a collision course to meet in the First Round of the North Division playoffs next month. Tonight should be a great chance to send a message.

Edmonton: Attack early. The Oilers did an excellent job of setting the tone with numerous scoring chances and a solid road period when the sides last met nine days ago in Winnipeg. The Oilers are a bad matchup for the Jets with their speed and skill. If Edmonton, who should be well-rested, can get after the Jets early, they’ll be in a good position for a key victory.

Winnipeg: Be harder in the neutral zone. The Jets didn’t make life difficult on the Oilers in their last meeting. In fact, they really haven’t made life difficult for the Oilers since their first series between the teams back in January. The Montreal Canadiens gave the rest of the division the blueprint last week. Can the Jets impede Edmonton’s speed through the neutral zone? They’ll be in business if they can.

Edmonton: Ryan McLeod, Edmonton’s second-round pick in 2018, makes his NHL debut tonight. McLeod will center the third line, and will be tasked with adding some speed and skill to the bottom-six. While McLeod isn’t expected to contribute on the penalty kill just yet, he could see some powerplay time on the second unit. McLeod is a key prospect for the Oilers, and tonight should be the first of many NHL outings for the Ontario native.

Winnipeg: Andrew Copp is tied for second in scoring for the Jets against the Oilers this season with six points (3 g, 3 a) in seven games. He’ll need to step up, as the Jets are without the dangerous Nikolaj Ehlers for the remainder of the season. Copp’s success against the Oilers this season and the need for help up the lineup makes him a prime candidate for a big game.

Both McLeod and deadline addition Dmitry Kulikov will make their Oilers debuts tonight. Kris Russell comes out of the lineup, and joins William Lagesson, Kyle Turris, Patrick Russell and Alex Stalock as a healthy scratch. Jujhar Khaira (upper body) remains day-to-day and is not expect to play at all this week.

Zack Kassian, injured last Wednesday, is week-to-week with a lower body issue. The club placed him on LTIR this afternoon. Joakim Nygard (hand) is day-to-day and won’t play tonight.

The Jets got some bad news this morning, as Ehlers is done for the regular season. Ehlers was injured in the Jets loss to the Toronto Maple Leafs on Saturday night when he was hit by Joe Thornton. Adam Lowry (upper body) is day-to-day, while Nathan Beaulieu (hand) is on the IR and will not play. Bryan Little (ear) has been out all season and will not play in 2020-21.

“Every game coming down the stretch is going to be playoff-like hockey,” Adam Larsson said Monday morning from Winnipeg. “Everybody is trying to get ready and fight for that playoff spot. That’s what we’re focusing on. Once we get there, we deal with that later.”

Connor McDavid has had a great impact on this season series, which has seen the Oilers win each of the last four meetings. McDavid has 15 points (4 g, 11 a) in the seven prior meetings. That leads skaters on both sides of this rivalry. Edmonton, overall, is 5-2-0 against the Jets this season.