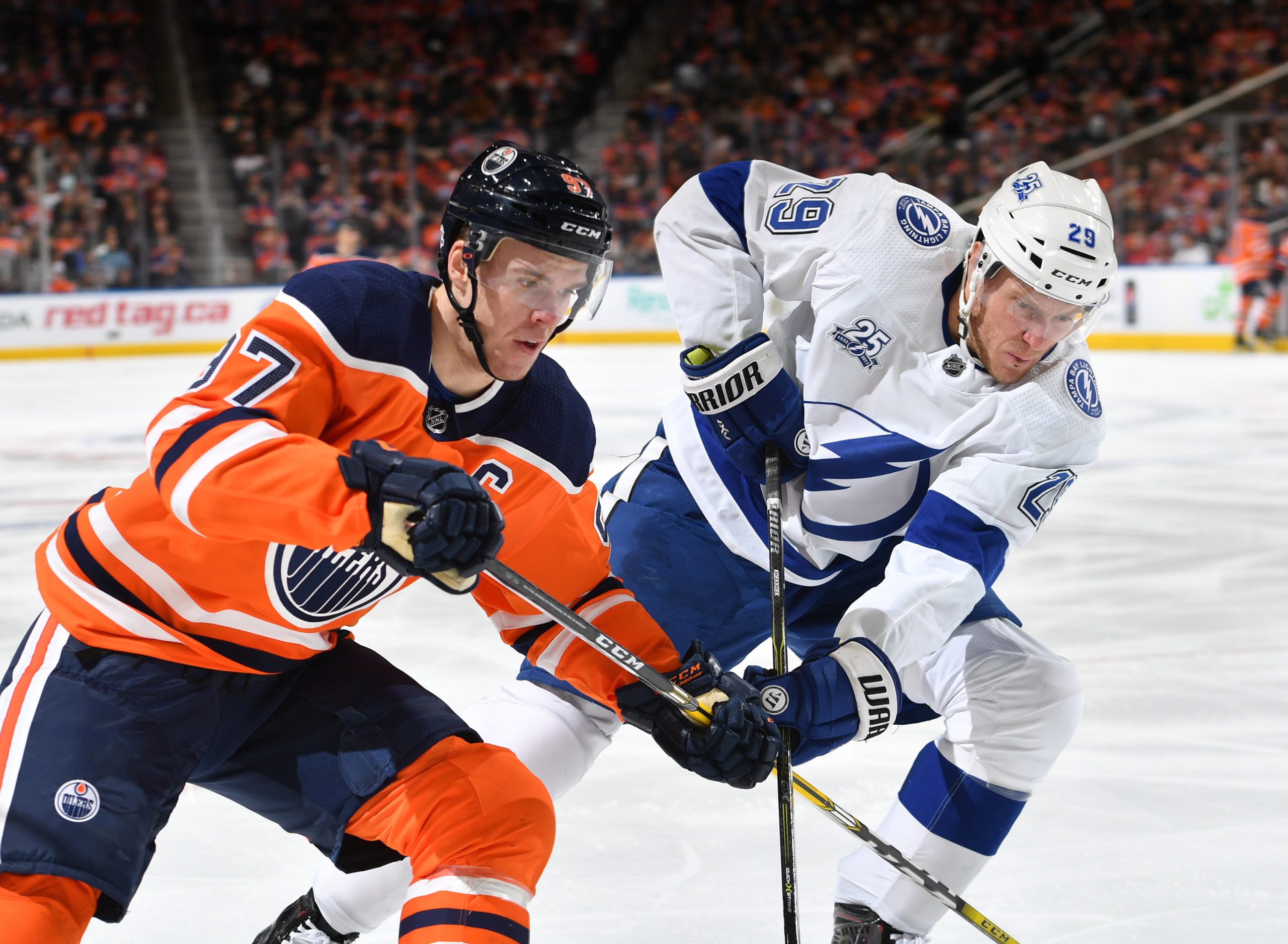 The trade deadline draws ever nearer, and time for the Oilers is quickly slipping away as they sit just outside a playoff spot with only 24 games remaining in the season. Every point is a matter of great importance and desperation, every non-call in overtime or soft goal to begin a game conjuring visions of another year of the McDavid-Draisaitl window squandered. The margin for error increasingly slim, the tensions increasingly high.

There is reason to believe that things could work out for the Oilers. Flow of play metrics such as xG% have started to turn in their favour, the blueline has come together well under Woodcroft, and the forward group is quite imposing when all hands are on deck. Tonight marks the return of a few Oilers, forwards Kassian and Archibald, as well as Tyson Barrie. Although RNH and Puljujarvi are still out, and their returns would be particularly good omens in the right playoff race, it is promising to get some depth back into the lineup. Until then the Oilers will have to make due, starting tonight against the back-to-back defending champion Tampa Bay Lightning.

The two sides played a tightly contested match just a few weeks ago, a valiant effort by the Oilers that resulted in a 5-3 loss. The hope will certainly be that the Oilers can replicate their effort to a different result this time around.

It seems like a good a chance as any seeing as goaltender extraordinaire Andrei Vasilevskiy is getting the night off with a game tomorrow against the Canucks. Brian Elliot is expected to get the start for Tampa while Koskinen counters for the Oil.

McDavid and Draisaitl swap wingers, a fine enough idea given that Yamamoto has had some of his best moments alongside McDavid, just as Hyman has been good with Draisaitl.

Brad Malone has done well in the familiarity of Coach Woodcroft’s bench, and could continue tonight as the rugged and rambunctious duo of Archibald and Kassian rejoin the lineup. It’s a bit hard to project what this group will be capable of tonight, but the hope will be that they can contribute and push the 3rd line for minutes.

Nurse and Ceci have started to solidify into the go-to top pair, certainly the pair that inspires the most defensive confidence, leaving Bouchard and Keith to handle softer competition and more offensive deployment.

Broberg could be a good partner for Barrie, as the latter appreciates some size to help break cycles in the defensive zone. The young prospect is still coming into his own, but has shown some promise in his time this season.

Despite a great deal of slander through the offseason until now, Mikko Koskinen has a 20-9-3 record on the season. It’s quite funny how things work out, especially when it comes to the Wild and uncertain probabilities of goaltending.

In a somewhat surprising twist, the Oilers will be using the more traditional 12-6 (forwards to defence split) while their opponents use 11-7. However, all the big names should be available tonight for the Bolts, including the top 6 forwards who should be quite well known by fans at this point. At the height of their powers, there isn’t much left to be desired from the group.

Listed as the 3rd line, Maroon-Bellemare-Perry is an incredibly experienced unit that should grow more effective as the moments grow bigger (and the rules wane into their playoff standards).

Both Joseph and Colton have done well in more permanent roles this season, filling in effectively as bottom 6 forwards at reasonable cap hits. It’s exactly the type of roster management needed to fill out a team’s depth in the cap era, and both have pinched up the lineup circumstantially.

It seems the Lightning are comfortable spreading the wealth on the blueline tonight, with Hedman, McDonagh, and Sergachev on different pairs. Hedman and Sergachev have been paired together for long stretches this season, but it’s interesting to see Coach Cooper continue to experiment.

The strong left side likely means that there might be some double shifting going on as the Bolts work Foote into some icetime.