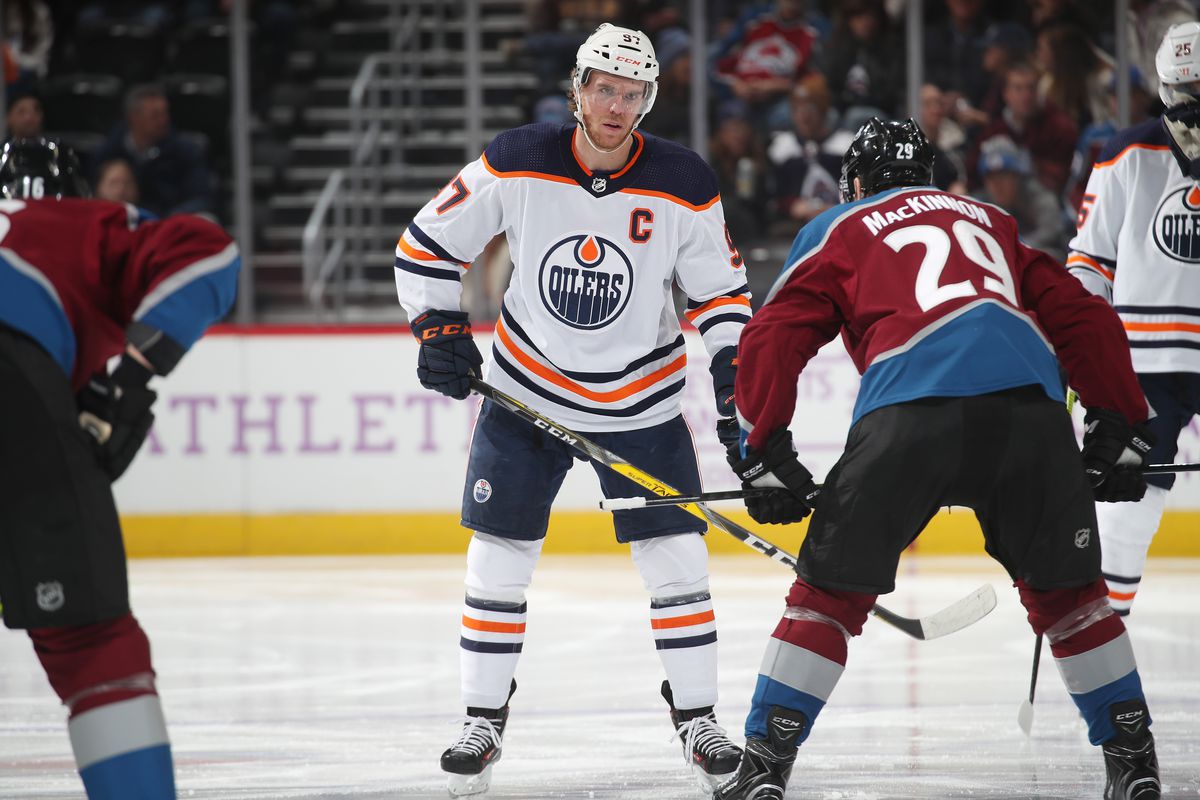 With a game right after today’s Trade Deadline, there is sure to be at least some action as it comes to player movement around the league. We’ll see what either of these potential buyers are able to stomach today, although it’s worth noting that both the Oilers and the Avalanche have made additions through the season prior to today. That is to say, since the season’s opening both teams have developed and changed in the hopes of kinder postseason fates.

The Oilers come in off a 5-0-0 homestand, taking advantage of a softer part of their schedule. Over the year the forward group has improved, paying some dividends to optimistic projections from the offseason. Of course, the circumstances surrounding Kane which are unique, to say the least, certainly helped, but growth from within from several key players have filled out the offensive lineup nicely.

That theme has continued on defence, one of internal growth. Although a coaching change had a lot to do with personnel deployment changing, even under Tippett we’ve seen defenders step into bigger roles with varying degrees of grace.

The goaltending has been an area of much debate, especially as it comes to how it ought to be. I’d argue that between the 3 headed super-tandem of Koskinen, Smith, and Skinner the Oilers have gotten fair value of play vs pay. Koskinen is having a strong personal year, perhaps his best, after Smith did most of the heavy lifting last season. Yes, at times it hasn’t been pretty, but as a whole for roughly 7 million against the cap the trio has fared admirably. Naturally, it would be nice to upgrade, but Holland continues to show that he’s willing to have his fate tied up with the oft disparaged duo.

Meanwhile in Colorado things have gone much more smoothly. On paper, there has been few teams as impressive in the cap era. It’s hard to pinpoint any players having an underwhelming individual season, perhaps even more so now that Tyson Jost was traded in a deal whose value heavily favoured the Wild, at least in my opinion.

I’m open to being wrong, and it doesn’t much matter what I think about it, but it does show that from GM Sakic down there is a steadfast belief in seizing the present day. The Avalanche have pursued change much more aggressively than the Oilers over the past couple seasons, which can be energizing and appreciated by a fan base, but also can only lead to fan favourites leaving the team.

Ah, the bittersweet melodrama of sport.

With a game tomorrow night we will see the Oilers goalies split starts, with Smith expected to get the nod tonight as of now. The Avs are likely to counter with Kuemper.

One of the bigger developments as of late might be Yamamoto finding his stride a bit more, especially on the power play at the net front. It was not a great start to the season but the young winger has been taking some positive strides as the season has progressed. The pair of he and Kane didn’t quite light the world ablaze with Draisaitl, but they have been more productive with McDavid as their centre.

Puljujarvi, on the other hand, has had a sterling season, only marred in the slightest by injury. The winger has excelled defensively, and although he may not end up being a Hall of Fame level talent like Marian Hossa, I think Jesse has done well in embodying some of the traits that made Hossa successful. In particular the relentless pursuit of opposing possession across the ice surface. It might only be a matter of time until he is reunited with McDavid, as it continues to be true that no other winger has filled the spot so well so consistently, and that it’s been the spot he’s performed best in as well. For now he is well positioned with Draisaitl and Hyman.

McLeod has likely been the biggest and most important surprise of the season. Last summer it might have been optimistic to assume he could adequately fulfill a role here as 3C, but he’s proven that might be his floor going forward. He’s done extremely well in short stints stepping up into the top 6, shown skills offensively and defensively, and contributed at centre and wing. This line with Foegele and Ryan has been outstanding in their brief time together.

He isn’t scoring at the soaring rate of last season, and some worry about the upcoming contract extension’s cost, but Darnell Nurse is a strong defender who is among the most heavily relied upon across the league. Ceci has been a particular surprise and been a contributor where he’s been in the lineup.

Bouchard was not a regular last season, and although he’s seen his icetime decrease as the season has progressed it’s still an important piece in understanding the hope attached to this year. The offensive abilities will never be in question, and as Bouchard matures he will likely gain the experience to grow defensively.

Keith hasn’t been as bad as most of the negative projections headed into the season, and still has the ability to contribute lower in the lineup behind Nurse. There’s reason to believe his intensity and veteran savvy (read nastiness and rule-bending) will be even more effective in the postseason when more is left into the players’ hands.

Russell returned to the lineup to earn a lot of minutes beside Barrie. His spot in the lineup might be in question with the addition of Brett Kulak from the Canadiens, but he’s shown he can play both right and left and brings a unique defensive acumen to the defence group.

Smith has had a disappointing season thus far, in large part due to a lack of availability amid injuries. Yes, he has a losing record on the year, and has had some bad performances, but in a limited role behind Koskinen there is reason to believe he can rediscover some strong play. The good news is that both he and Koskinen could get hot for a stretch, and perhaps there could be some Roloson-esque magic from the veteran with a late career run. It won’t solve everything, but stringing together a run of strong play, especially against a strong team like the Avs, could re-inspire some confidence.

With Landeskog out it has left room for Nichushkin to fulfill his promise of an elite top line contributor. It was a winding and rocky path, but the big, skilled, powerful winger has leveraged his skills into being effective both ways. It helps to have such a strong team around you, not to mention a few of the world’s top players in MacKinnon and Rantanen as linemates.

Speaking of living up to promise, Nazem Kadri is doing exactly that. A few years ago he caught a lot of flack for expressing that he sees himself as a comparable level to John Tavares, but he’s proving himself up to the task with an incredible season setting himself up for a big pay raise this summer. Burakovsky has been a solid linemate for most of the season, while O’Connor is playing up the lineup and into Avs fan’s hearts as a complimentary piece.

I’ll be watching for Sturm and his impact. Citing a more defensive mindset, his slotting in this spot indicates the vision the Avs have for him. As a relatively unheralded player deep in the Wild lineup it is bold, but perhaps there is something the Avalanche see that others do not. He’ll have some good linemates with the young, speedy Newhook and Avs staple Compfer.

Speaking of speed both Helm and Aube-Kubel add that element to the fourth line, with MacDermid bringing some roughhousing abilities.

Toews and Makar might be the league’s best defence pairing, sporting absurd results by almost any metric. Toews likely represents a player archetype that is undervalued across the league, while Makar certainly represents a talent both supreme and rare.

Manson is a name many suspected the Oilers might be interested in, but certainly fits a need on the Avs back end. In a classic playoff series last season the Avs fell to the Knights when their speed became overmatched by the bully-ball style of Vegas. Manson will most definitely help in this regard.

Johnson and Johnson form a veteran third pair, at least one of which might not be in the lineup if puck moving options like Girard or Byram were healthy. Regardless it’s a 3rd pair befitting of the expectations one would have of the depth of a contending team.

The Avs also added Lehkonen and Cogliano on the deadline today. Both are defensively sound wingers who should help the Avs chances in the playoffs, but will not be in the lineup tonight. Lehkonen in particular is a very effective player who might find himself elevated up the lineup as a compliment to some of the Avs star players.