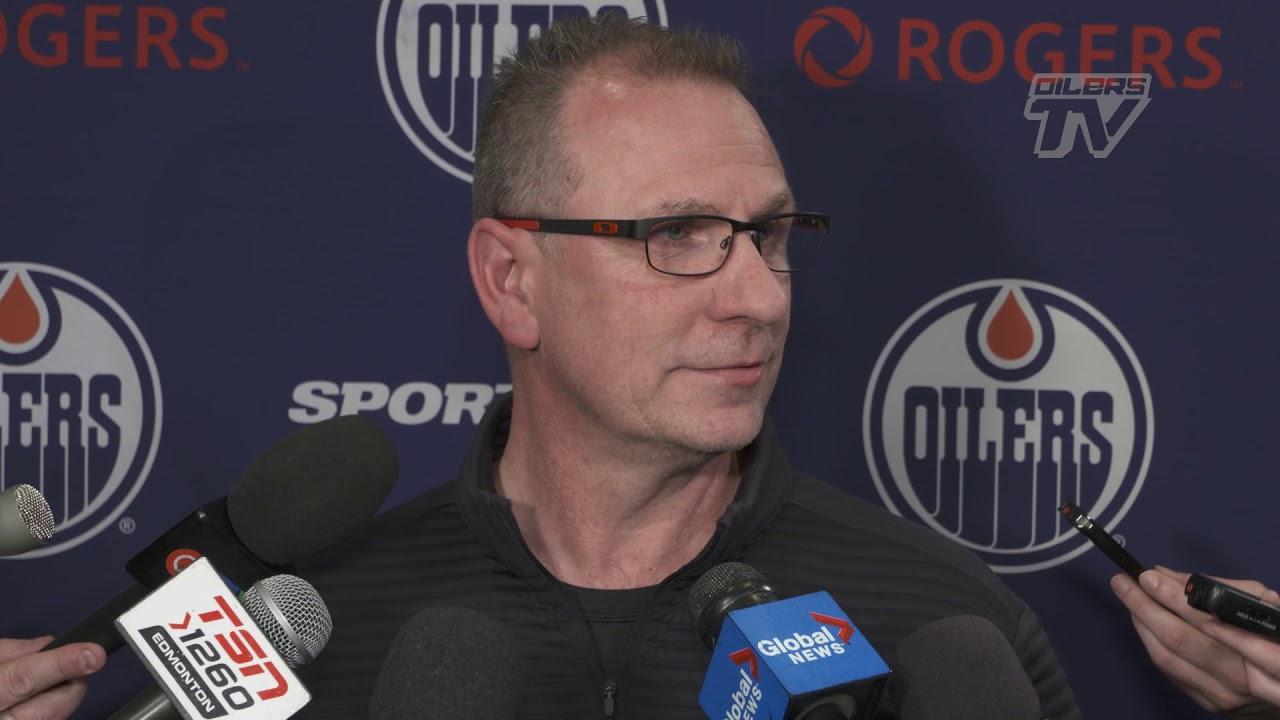 It was a shocking development when the NHL’s trade deadline came and went without a single move made by the Edmonton Oilers. A team eight points out of the playoffs entering the day with multiple pending free agents should be active. The Oilers stood pat.

It’s important to note that this wasn’t because of a lack of effort, however. The Oilers got caught in a buyer’s market and I believe were left in the cold because of the delay in Mark Stone negotiations. The domino effect never did reach Edmonton on Monday.

It’s frustrating for fans, understandably so. The Oilers got no assets for pending free agents like Alex Petrovic and Alex Chiasson, and they couldn’t clear cap space by moving guys like Matt Benning or Zack Kassian.

There were talks, but in the end nothing that made sense for the Oilers presented itself. A lot of those talks, by the way, were longer term kind of conversations that could pave the way for a very busy spring and summer in Edmonton.

There really weren’t many sellers yesterday, and as a result the teams that were selling were able to stay firm on their asking prices. That, in my opinion, is a major reason why we saw little action until the final hour. With Stone, Vegas didn’t speak to him until about noon regarding an extension and didn’t close the deal until under an hour to the deadline. That held up teams like Nashville and Boston, and by extension Toronto.

Wayne Simmonds, dealt to the Predators, wasn’t officially moved until 2:57 pm EST, and Marcus Johansson was right around the same time. According to sources, this is what prevented a Chiasson trade. Late in the process Nashville was considered behind on Simmonds and began turning attention to Chiasson, but eventually stepped up by offering Ryan Hartman and got the deal done.

There was interest in Chiasson as a backup plan, but teams like the Sharks, Predators and even Bruins were able to get guys higher on their lists, taking them out of the running.

As for Petrovic, there had been interest from the Penguins heading into the deadline. However, Pittsburgh GM Jim Rutherford was looking more for a player that could handle a top-four role, and believes he ended up with that in Vancouver’s Erik Gudbranson. Interest in Petrovic never really arose from anyone else besides the Penguins, who were lukewarm on him when it was all said and done.

There had been Matt Benning discussions with Toronto, with Connor Brown being the main target, but the Maple Leafs balked at that even after losing out on Adam McQuaid. That, however, could be a trade we see down the road.

Right Down The Line:

What Keith Gretzky did accomplish on Monday was laying the groundwork for what could be a very busy summer in Edmonton. Not only was Gretzky looking to shed cap, but he was looking to acquire some skill up front with term on Monday. Predictably, it didn’t happen, but the goal was to set the table for a feast in June and July. Sources indicate he did a good job in that regard.

The Oilers talked extensively with the Maple Leafs, discussing the above mentioned Benning-for-Brown trade. Although it didn’t happen yesterday, word is that is the type of deal we could see the sides make come June, especially if Toronto’s defense falters in the playoffs for the third straight April.

Speaking of which, I firmly believe that the Maple Leafs and Oilers held discussions surrounding Adam Larsson on Monday. Although a deal involving Larsson never got close, the Leafs did explore that option and Edmonton was targeting a top-six forward from the Leafs in return. Again, depending on what happens with the Leafs this playoff season, it’s something that could happen come summer time.

If the Leafs get bounced by Boston, could they ship out someone like William Nylander for Larsson to both save cap space and improve their defense? There would likely need to be other pieces involved, but I wouldn’t completely rule it out.

The Oilers also tried hard to push a Milan Lucic trade on Monday. The club held discussions with the Montreal Canadiens on Lucic, and those talks were centered around a Lucic-for-Karl Alzner swap. It’s also believed that Edmonton will explore Ottawa as a potential destination for Lucic in the summer, perhaps after his bonus is paid on July 1st. Ottawa, serving as a middle man, could move Lucic to a contender shortly thereafter.

Gretzky even alluded to such summer moves in his post-deadline press conference. From Daniel Nugent-Bowman of The Athletic:

Gretzky felt good about discussions he had today. Said he believes he’s laid the groundwork for moves involving players with term (which could help alleviate some cap issues.)

Players like Lucic, Larsson and to a lesser extent Zack Kassian and Kris Russell are going to be vulnerable in the summer to trade as the Oilers try to build a faster, more skilled team around their core group of Connor McDavid, Leon Draisaitl, Ryan Nugent-Hopkins, Oscar Klefbom and Darnell Nurse.

On the face of it, Monday was a quiet day for the Edmonton Oilers. In reality, however, that couldn’t have been further from the truth. The wheels are already turning on yet another vitally important summer in Northern Alberta. Now, we’ll see if yesterday’s discussions lead to meaningful improvements in the coming months.