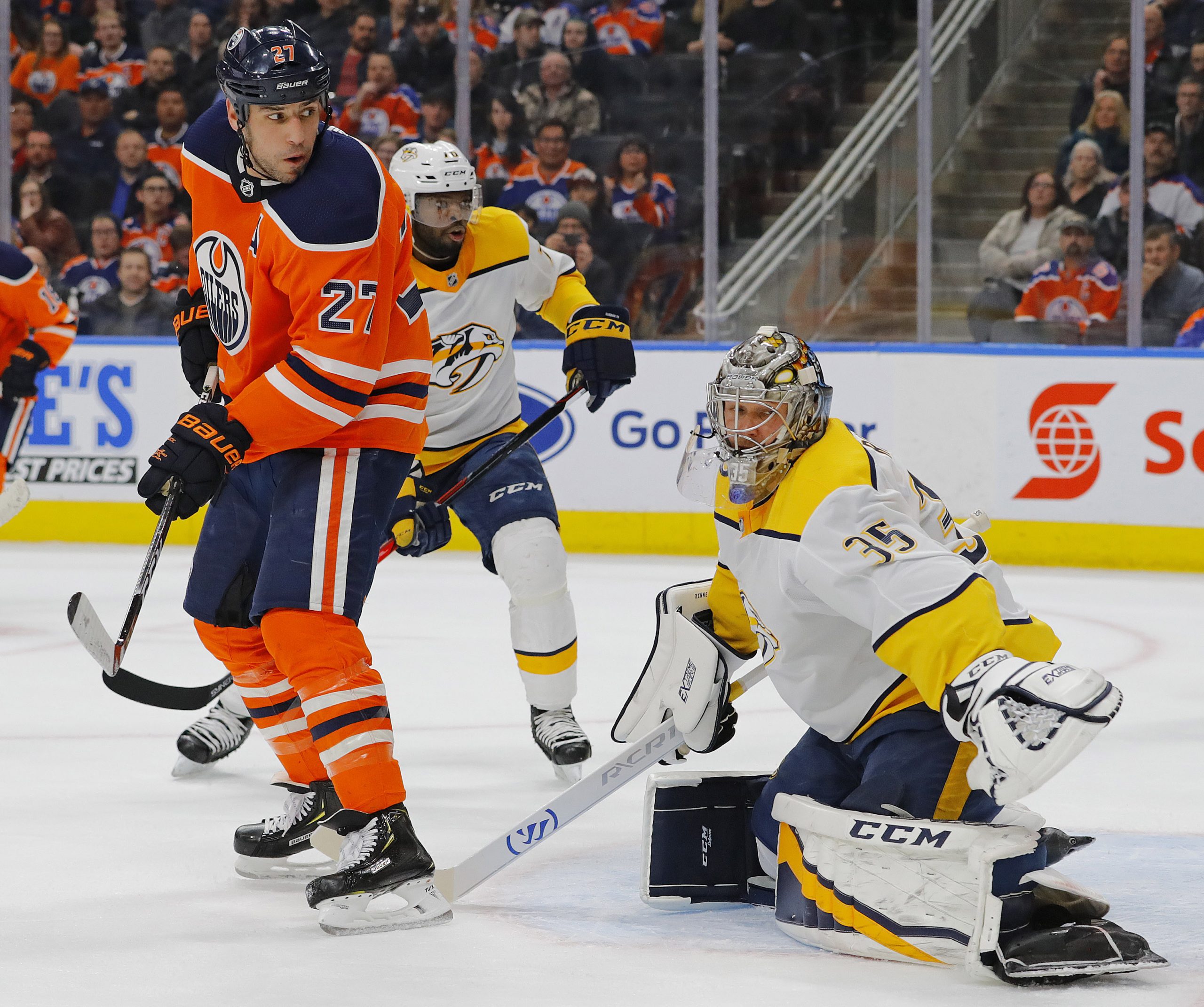 No one can complain about the effort level from the Edmonton Oilers on Monday night. An undermanned team walked into Dallas and played a largely strong 60 minutes against one of the best home teams in the NHL. It wasn’t enough, as the Oilers lost 4-1 and saw their three game winning streak end.

Losses are bound to happen in the NHL, and the important thing is make sure you bounce back the next night. Especially for a team in the race, rebounding and winning Wednesday night is vital.

If the Oilers are going to do just that, they’ll need Connor McDavid back in the lineup. For the first time since January of 2016, McDavid missed a game. Last night it was because of the flu bug, which also claimed Ryan Spooner as a victim and left the team with just eleven forwards in the lineup.

Most teams can handle the loss of a big name player or two, but the Edmonton Oilers simply are not most teams. A very weak roster outside of the top dogs put forth a great effort on Monday, but they simply do not have the horses to ride in this league when McDavid isn’t in the lineup.

At no point during the game in Dallas did it feel like the Oilers were going to win. There just aren’t enough players behind McDavid, Leon Draisaitl and Ryan Nugent-Hopkins to push the needle. To put it politely, the Oilers need more from their secondary scorers.

I like Milan Lucic a lot as a person. He’s a great guy who does a lot of things in the community that you don’t know about. He was also a great player for a long time, but those days are behind him. Yes, he’s played a lot better on the ‘identity line’, but the bottom line is he has scored just two goals in the last 73 games. For a player making $6,000,000 per season, that just isn’t acceptable.

The Oilers are in cap hell, and Lucic’s contract is a big reason why. He’s being payed like a difference maker and right now, at the very best, he’s a wash when on the ice. The Oilers simply need more from him.

Zack Kassian had a strong 2016-17 season, the erupted in the opening round of the 2017 Stanley Cup Playoffs and won over Oiler fans forever. Since then? He’s been a complete non-factor. Kassian is making $1,950,000 both this season and next, a total far too large for a fourth liner that takes more terrible penalties than anything. Like Lucic, he has just one goal on the season and has been an offensive non-factor since May of 2017.

Jujhar Khaira scored his first goal of the season and played a good game last night, but he’s been a non-factor this season as well. Khaira is coming off of a breakout campaign a year ago where he went 11-10-21 in a depth role. This season? Last night’s goal was his first and goes with six helpers for seven points on the year. Most nights, he’s a total non-factor for the club, which is a huge disappointment after last season.

Kyle Brodziak (2-1-3, 25 GP), Ty Rattie (2-2-4, 15 GP) and Jesse Puljujarvi (2-0-2, 16 GP) simply have to give more on a nightly basis. Far too often, Edmonton’s depth players are complete non-factors that only impact the game in a negative way. That has to change if this team is going to make the playoffs.

I can’t help but think we are witnessing Lucic’s final season in Edmonton. He’s become a complete non-factor offensively and I can’t see the team going through a fourth season with him. If I had my way, we’d be looking at Kassian’s final games with the club period.

That is almost $8,000,000 in salary taken up this season for a grand total of two goals. No matter which way you slice it, that simply is not acceptable. On top of that, Kassian’s horribly timed penalties continue to cost his team. His stupidity in Monday night’s game essentially ended the Oilers chances, and I’d have him scratched Wednesday night if I were Ken Hitchcock (I’m not, and he’ll probably end up scoring now).

Unfortunately, the solutions to this problem require patience. Fixing Edmonton’s horrid scoring depth won’t happen overnight and certainly won’t happen during the season. It took Peter Chiarelli two years to dig this hole, and will likely take a new GM at least one summer to climb out of.

In current times, the hope for the Oilers has to be in Puljujarvi finally stepping up, in Yamamoto earning a promotion to the NHL and producing, and in Valentin Zykov being the reverse Pontus Aberg for the Oil.

Connor McDavid fills a lot of holes, but without him the dire situation shows its ugly head. If the Oil want to remain in the race, they’ll need these depth guys to step up. Failure to do so should result in change.