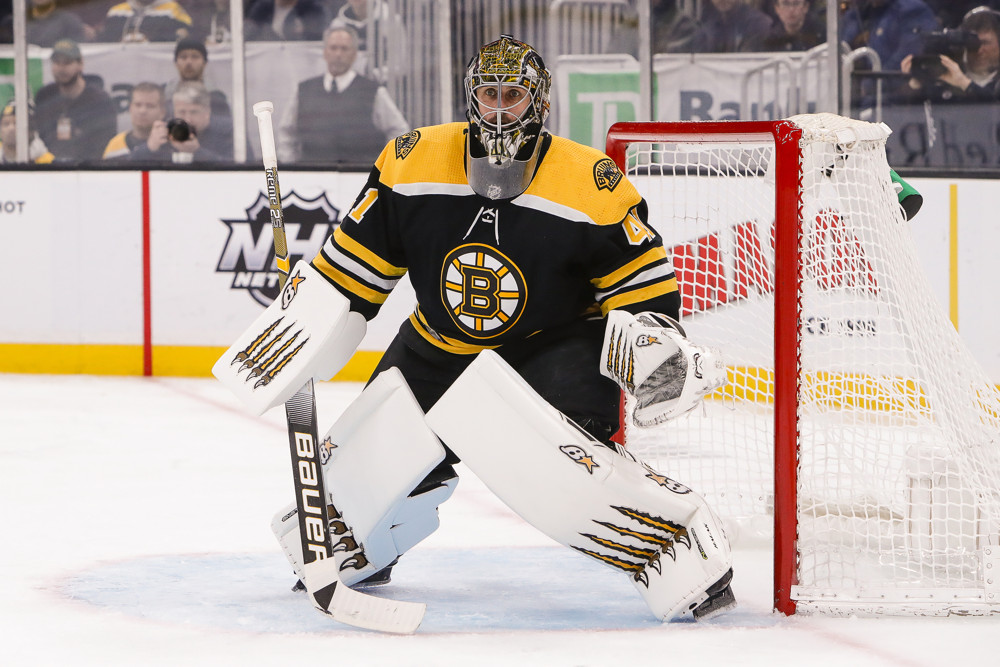 On Friday, we kicked off the annual ‘Off-Season Targets’ series with a look at some left wing options that can fill the massive hole in Edmonton’s top-six. Today, we will look at arguably the only hole on the roster that is a bigger issue, the goaltending situation.

The Oilers currently only have Alex Stalock and Mikko Koskinen under contract at the NHL level, but don’t plan on either option for the 2021-22 season. The club is working hard to move the final year of Koskinen’s contract, and has been making progress in that area.

Stalock is likely to be waived at the conclusion of training camp if things go according to plan for GM Ken Holland. He’s best viewed as insurance for the club.

Ideally, Holland will have a goalie tandem that includes veteran Mike Smith and a younger option that can take the starting job past this coming season.

Let’s look at the targets, shall we?

Mike Smith (UFA, Edmonton Oilers): Holland openly told reporters in May that he wants to re-sign Smith, and while talks have been largely positive to this point, they are moving slowly. TSN’s Darren Dreger reported that Smith will have interest from other clubs if he hits the market on July 28th.

Smith, in his second season with the Oilers, was outstanding. He finished seventh in Vezina Trophy voting, garnering five third place votes and a second place tally. On the year, Smith went 21-6-2 with a .923 save percentage, 2.31 goals against average and three shutouts.

The holdup in terms of contract negotiations appears to be term. The Oilers are holding their ground for a third consecutive one-year deal, but Smith is pushing for a second season on his next contract. We’ll see if the sides can reconcile before the market opens up.

If Smith is insistent on the second year, Holland’s best bet is to allow the veteran to see his other options. Smith was terrific in 2020-21, but it was likely an outlier season. After all, he is 39-years-old.

Chris Driedger (UFA, Florida Panthers): According to sources, Driedger was Edmonton’s top target on the free agent market this summer. It seems highly unlikely that he’ll reach the market, however. TSN’s Pierre LeBrun tweeted out the following on Saturday morning.

All signs point to the Seattle Kraken signing and selecting pending UFA goalie Chris Driedger from the Florida Panthers as part of the expansion draft process, sources say.

Driedger looks like a real starter in the NHL, but he’s never handled that workload to this point. Like every signing, there would be risk here. It looks like Seattle will take that risk, not Edmonton. It’s a good bet for the Kraken.

Linus Ullmark (UFA, Buffalo Sabres): If you like Driedger, you should also like Ullmark. The 27-year-old has put up outstanding numbers behind one of the worst teams in the league over the last few seasons.

Ullmark, in my opinion, is the best goaltender that will be on the market. The only issue with him is injuries, as he’s failed to stay healthy throughout his career. He’s a perfect tandem goalie who, if healthy, is a bonafide starter in this league.

Jaroslav Halak (UFA, Boston Bruins): Halak will not be returning to Boston after three strong seasons with the club. Matt Porter of the ‘Boston Globe‘ reported on Saturday that Halak’s agent Allen Walsh has confirmed his client’s departure.

Halak was passed over by young goaltenders Jeremy Swayman and Dan Vladar this past season. The Bruins are also expected to re-sign Tuukka Rask, who will be out until January most likely recovering from a hip injury.

Halak struggled a bit in 2020-21, going 9-6-4 with a .905 save percentage, 2.53 GAA and two shutouts. Halak was especially rough towards the end of the season, when he was recovering from a bout with COVID-19 and playing sparingly at best.

His first two seasons in Boston were successes, however. Halak and Rask successfully formed one of the best tandems in the entire NHL, with Halak giving Rask the needed rest during the regular season to keep him in prime shape for the playoffs.

At 36, Halak is not a long-term option for the club that signs him. However, Holland has proven time and again that age doesn’t really matter to him. Halak is an effective tandem goalie and shouldn’t break the bank this summer.

Petr Mrazek (UFA, Carolina Hurricanes): Holland is not afraid to bring in players he had in Detroit. He’s already done it on multiple occasions in Edmonton, and could do it again in net this summer. Mrazek is unlikely to get another contract from the Hurricanes, and was once seen as Holland’s goalie of the future in Detroit.

Mrazek lost his job to Alex Nedeljkovic, who likely returns to the Hurricanes as their starter in 2021-22.

Mrazek, like most options on this list, comes with risk. He’s a proven NHL goalie, but isn’t a proven starter in this league. He hasn’t played more than 40 games in a season since 2016-17, where he appeared in 50 games for the Red Wings with a .901 save percentage.

There is familiarity with Mrazek, but there is also a low ceiling. He was on the club’s list last off-season, and certainly will be again this time around.

Jonathan Bernier (UFA, Detroit Red Wings): The forgotten option, Bernier is a much better bet than you think. The Red Wing are unlikely to re-sign him a year after committing free agent money to Thomas Griess. Bernier was good for a putrid Wings team in each of the last two seasons.

Not many people are talking about the 32-year-old, but he’s a strong bet in a deep free agent class. Bernier isn’t likely to garner a long-term contract or a hefty AAV, and could provide exceptional value to the club smart enough to pluck him out of Detroit.

At the very least, behind an Oilers team much better than the Red Wings are, Bernier should be able to give the club 40-45 competitive outings in 2021-22.

Antti Raanta (UFA, Arizona Coyotes): When healthy, Raanta is a solid NHL goaltender. The big problem? He’s never healthy. Raanta appeared in just 12 games in 2020-21, going 5-5-2 with a .905 save percentage.

He’s a good goalie, and shouldn’t break the bank, but it’s hard to have confidence in Raanta staying healthy over the course of an 82 game season.

Fair or not, health and availability is a major part of value. Raanta’s value is that of a backup because he’s proven over the years he isn’t durable enough to be the main guy.

Philipp Grubauer (UFA, Colorado Avalanche): The Avalanche have some decisions to make this off-season. They’ll obviously pay Cale Makar on a long-term deal, but will they be able to re-sign Gabriel Landeskog? If they do, it seems unlikely that GM Joe Sakic will dish out the needed dollars to re-sign Grubauer, the team’s starting goaltender.

Grubauer was a finalist for the Vezina Trophy this season, going 30-9-1 with a .922 save percentage and a 1.95 GAA for the President’s Trophy winning Avalanche. At 29, Grubauer is also a longer-term option for any team that signs him.

The problem with signing him, however, is that you’re going to be paying in both term and dollars. Committing to Grubauer isn’t a small decision. If you sign him, he’s your franchise guy.

The good news? He’s performed quite well in recent seasons.

While Grubauer likely isn’t the elite goaltender he performed like this past season, he’s still quite strong and a good bet to start for any team.