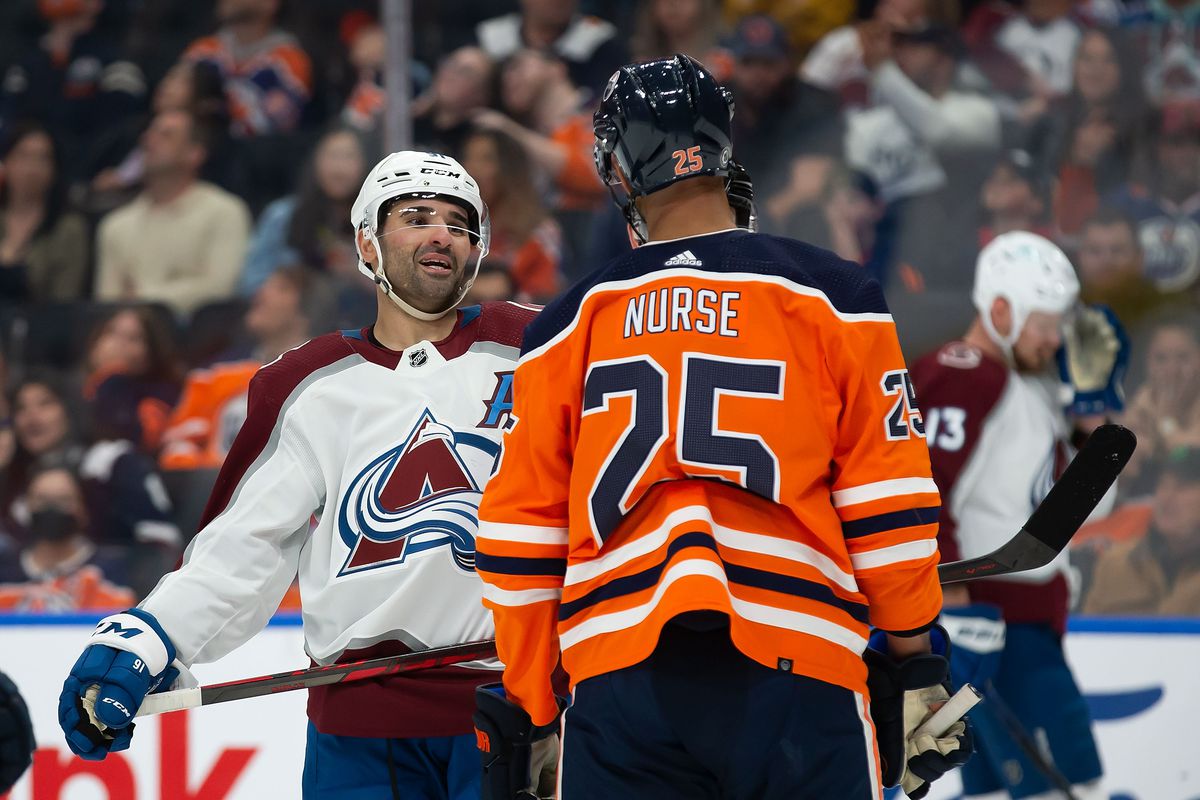 Welcome to rarified air, the Western Conference Final. Surely, along the way there have been plenty of doubts, yet the Oilers have found themselves finding their best in the biggest moments. In the summer, many (myself included) were ambivalent about the Oilers moves as a whole, with a mix of moves and additions thought to be good as much as others were curious, or at least met with some skepticism.

An early season winning streak seemed unsustainable, and proved to be, as the wheels fell off in December. Intermingled with the league wide COVID shutdown, the Oilers losing ways persisted until mid February, when a playoff spot seemed in jeopardy. At this point the metamorphosis began, as the Oilers added Woodcroft as coach, Kane at forward, and Kulak on defence (and Smith returning from injury in net). Since then the Oilers have proven that they can play with the class of the league, that their process is high level, and that their talent can break open a game at any moment.

The Oilers are now 4 wins away from a Cup Final, and have shown that when the moments get tough that they are able to persevere. From here on out, there will be only tough moments, as across the rink awaits the powerhouse Avalanche, no doubt the favourites to win the West since the very start of the offseason, and deservedly so. As I’m confident we’ve all heard, there are a number of superstars on both teams, and some of the very best players in the world will be toe to toe for 4-7 games.

There are storylines abounding, from former 1st overall selections, to 9+ million dollar defenders, to major trophy winners, to former teammates, to ex-Coyotes goaltenders, and father/son showdowns adding to the intrigue and intensity. We’ve seen these teams play tightly contested matches, especially since Woodcroft took over as coach.

Despite the talent on both sides, I am expecting this series to be much lower scoring than the unhinged Battle of Alberta was. These teams played twice in April, the Avalanche winning 2-1 in a shootout on the 9th (a game in which Koskinen played great, but Kuemper was even better), and the Oilers winning 6-3 on the 22nd (the Oilers added an empty netter). The talent is there for goals to be scored, but teams only make it this far if they have a level of defensive competence and commitment. If I had to guess I’d expect most of the results to fall between scores between these two examples, despite the fact that many are assuming the Oilers will continue to be in high scoring sideshows.

We’re expecting Smith and Kuemper to start for the duration of the series.

McDavid is in a class of his own, a class beyond his own I would go as far as saying, as he has continued to grow his game over the years and seems to have found another level of urgency and purpose this post season. To suggest the Oilers are a one man team, as the bitter Flames spent the last series doing, is laughably incorrect.

For starters, even hobbled Draisaitl is right there, a former Hart winner (which none of Colorado’s players can claim) who in fact out produced McDavid in the Flames series. Draisaitl is dealing with an ankle injury, but appears to be improving his mobility with each passing game. At some point he may become healthy enough to centre his own line again, but together the superstar duo is full value.

Both Hyman and Kane have been outstanding in their first seasons with the Oilers, and perhaps even better in the postseason. Woodcroft has switched their spots in the lineup, and we should expect some shuffling as the Oilers make adjustments to their opponent.

Especially with Draisaitl on McDavid’s wing, Nugent-Hopkins is an extremely important piece of the puzzle. RNH has become a valuable two-way contributor more than the offensive dynamo some might have been expecting given his draft profile.

Puljujarvi and Yamamoto move up and down the lineup, often into the top 6, and contribute a lot of things beyond points. Yamamoto uses his speed and tenacity to get on the forecheck and even occasionally leads the team in hits. Puljujarvi has outstanding defensive impacts, particularly strong at defensive zone exits. Both are bottlers who get a lot of their offence in tight to the net front.

McLeod is worthy of being included in the core top 9 group with Yamamoto and Puljujarvi, as the young centre has taken a huge step this season. Not too dissimilar from RNH, he is able to contribute on offence and defence. His offensive skills are perhaps limited, he has shown some playmaking ability, but he is reflective in transition both offensively and defensively.

Foegele and Ryan bring a lot to the table but are in small roles. As veterans they are expected to be consistent and situationally aware in their limited minutes.

Kassian and Archibald have been playing extremely limited minutes, but at least bring some “crash-and-bang” type physicality to the group. Some fans wonder what is the point of not dressing one of the younger, higher upside scratches, like Holloway for example, in these spots. I’d venture to say that perhaps if a top 9 spot opened a player like Holloway might get a shot, but to expect a rookie to be effective in his first game with only 5 minutes of icetime is probably a bit unfair. At least Kassian and Archibald have been in the league long enough to be engaged in the bench and ready for the occasional shift.

Nurse might be held up against Makar due to their similarly large extensions, which is a tough comparison for Nurse. That said Nurse is easily the Oilers most important and best defender at this point. He’s likely dealing with some injuries, and hasn’t exactly had a career defining playoff performance thus far, but there is not overstating his importance against the high flying Avalanche attack.

Keith has had a mercurial playoff, with some good outlet passes and high level of intensity, but some questionable defensive ability on the whole. At the very least he and Bouchard have a strong relationship, and Bouchard is continuing to come into his own as an elite defenceman. He isn’t quite there yet, but he has been successful in top 4 minutes all season.

Kulak has been a revelation, at least a strong enough player, and a good enough compliment to Barrie, that this pairing can push Keith-Bouchard for minutes. The Oilers need to be wary of their deployment on the backend at the best of times, but against the Avalanche we might even see Woodcroft opt for 7 defencemen with Russell drawing in.

The Avs have been rotating their top 6, snapping MacKinnon and Kadri’s wingers. MacKinnon likely should’ve won the 2018 Hart trophy (Taylor Hall won that year) but is of elite quality just the same. His powerful stride and speed will be a lot to handle and the Oilers will have to help their defencemen manage that, as he could easily expose a less mobile member of the Oilers blueline. Kadri, meanwhile, had a career season, and although he may not be in the McDavid/Draisaitl/MacKinnon class of forwards he is not far off, and is just as likely to take over a game at this point.

Landeskog has long been an impactful forward with a combination of skill and toughness. An outstanding captain, he’s likely to make his mark in tight battles and at the net front, more so than screaming in off the rush like MacKinnon might. Rantanen might be a better player overall, although he hasn’t produced to his lofty standards so far this playoff. A breakout performance in the round would be concerning for the Oilers, no doubt.

Nichushkin is a famously strong defensive winger, when analyzing impacts on scoring chances, especially due to some strong forechecking skills. He has size, speed, draft pedigree, and a degree of offensive skills to be an extremely important contributor to this group.

Another two-way winger, rounding out the top 6 is the unheralded Lehkonen. He may not be the flashiest but has enough smarts to help his more skilled linemates.

Burakovsky and Aube-Kubel are strong examples of the theme in the Avs bottom 6, speed. Cogliano, Helm, and O’Connor all have notable speed as well, as the group can keep up with even the fastest of opponents. The Avs have some other options with a bit more size, like Sturm, who might find their way into the lineup at some point.

One of the leagues best bluelines, punctuated by one of the league’s best defencemen in Cale Makar. Makar is likely the Avs best player at this point, and an absolutely unique talent. Toews is a steady and well-rounded defender making him a great partner for the roving Makar.

Byram has had more than his share of injury troubles in his young career, but has the talent to be a top offensive option like Makar. He looks to be healthy, enough to come into his own by continuing his high level play this postseason. Erik Johnson is a good partner, the veteran is defensive minded enough and has the physicality to round out the pairing nicely.

Manson is a physical defender, a presence on a the net front. Normally it is necessary to help his partner Girard, but the skilled and undersized Girard is likely out for the remainder of the playoffs. Jack Johnson has the tools but is limited in his effectiveness, best served as a depth fill in as he is here.