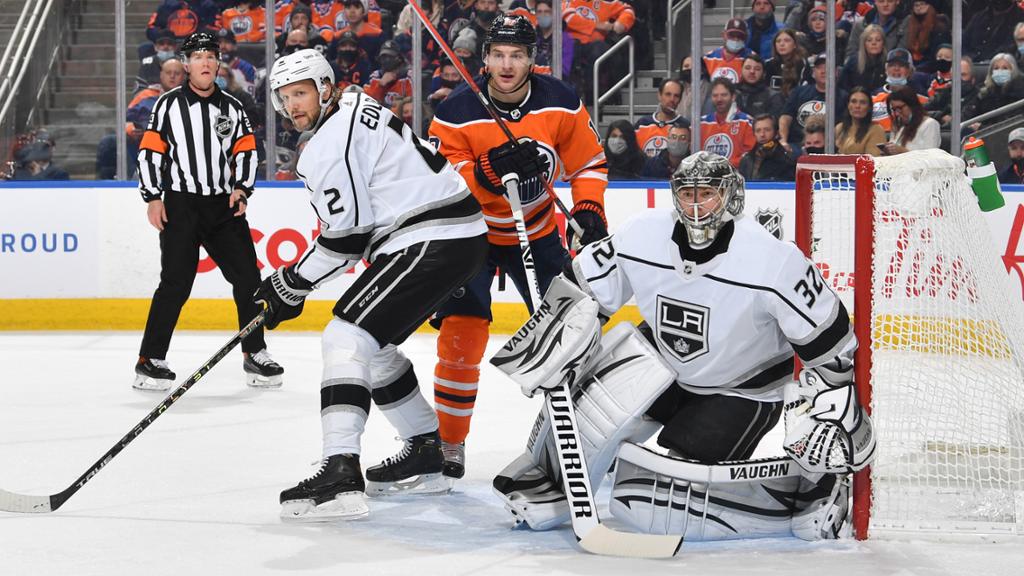 It’s not a good sign that game 1 harkened back to more memories of the Oilers of postseasons past than the late season, Woodcroft era standard we’ve grown accustomed to. Yes, the Smith giveaway late in the third directly led to the game winning goal. Yes, it is a bad play at a most inopportune time. Yes, Smith’s playoff record in the past decade is rough. Yes, it’s fair to wonder if Koskinen, or even Skinner, might be able to win this series as the starter.

Yet the unfortunate truth of the matter is that the Oilers need to play better as a team than they did for many more of the 55 minutes that preceded the Smith gaffe. The Kings never trailed and thoroughly out scored the Oilers at even strength, punctuated by outstanding performances from the Kopitar and Danault lines. At the very least, the sense that the fateful play of game 1 is a bad omen is descending upon more onlookers.

Game 2 offers an opportunity for the Oilers to respond, to reassert some confidence in their game and in home ice. After a flat start to the last game we should be hoping to see a much sharper and more organized effort from puckdrop. The Kings defensive style is traditionally more successful in the playoffs, and the experience of Kopitar and Danault shone in game 1, but the improved defensive play of the Woodcroft era is no mirage, and with a stronger effort it’s possible the Oilers don’t find themselves trailing for most of the night.

We should, however, expect more of the same from the Kings, who were full value in their win. The Oilers did show some resilience in fighting back to tie the game multiple times, and they’ll need to keep that fighting spirit throughout the entirety of the series.

We expect Quick and Smith in goal.

It seems to be Archibald drawing into the lineup while Russell comes out. At this point we’re not expecting to see many more changes to the lineup for the Oilers, and it’s fair to say that much of the Oilers struggles in game 1 were circumstantial. Naturally, many fans have been dreaming up potential line combinations and since I’m the author here I might as well throw in my 2 cents.

For those who have followed my coverage this season you’ll be familiar with my high regard for Ryan McLeod’s play, and shouldn’t be surprised that any adjustments likely have him stepping into a top 9 role. This likely means a spot on the wings with the McDavid, Draisaitl, Nugent-Hopkins centre deployment relatively cemented, although he has held up at centre at points. I would suggest that McLeod’s speed would be appreciated by Draisaitl, helping transition play and spending more time on the attack.

The second idea, which we’ve seen briefly, is a third line with Hyman and Nugent-Hopkins together. The 2 were dominant together in this role, and improving the offensive potential of this group they might be able to break the game open by outplaying the Kings 3rd line.

I would not be moving Puljujarvi off of McDavid’s wing, and would sooner swap Kane and Yamamoto. For the sake of being as different as possible let’s entertain it:

Regardless, we’ve seen the Oilers have success with their current lineup, but with each passing loss the offseason draws nearer.

The blueline is perhaps even less likely to see changes, as Woodcroft has kept this look as much as possible. That said there was a disparity in results as Bouchard and Keith had a strong outing, Keith making some of the Oilers best transition passes of game 1. If anything it might be interesting to revisit the old pairings of Nurse-Bouchard and Keith-Ceci, should the Oilers situation grow more dire.

Maybe he’s not at his peak, but Kopitar still has a lot of game left, as he showed in game 1. Athanasiou and Kempe provide a substantial amount of speed and offence that the big centre appreciates.

If I were being honest I might put the Danault line as the first line, and they were obviously incredible in game 1. Last season Danault won over the imaginations of many Habs fans with a high level of play in the run the the Cup final, and he looks to be even better this season. Trevor Moore is an equal contributor, meshing so well with Danault, and game 1 was indicative of the level he has been performing at this season. Arvidsson missed game 1 but could be back at any point, although Iafallo has enough offence to help convert on more of the many chances this line generates.

Lizotte and the third line held up nicely, but the Kings rely on their top 2 lines more heavily than the bottom 2.

Edler and Roy were effective in a ton of minutes, and we saw a lot of the talents that both Durzi and Spence have to offer as puck movers.