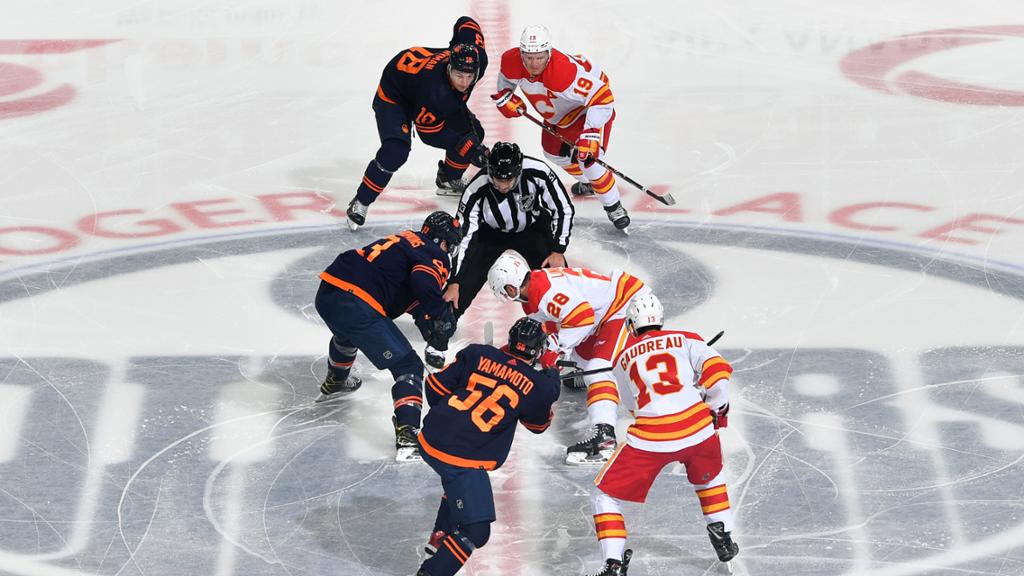 The Oilers did very well to earn the split in Calgary, and now the series switches to Edmonton. The Oilers have the chance to go up in the series, a series which they have trailed most of the time so far, a fact enabled by the teams propensity to fall behind early.

Thankfully for the Oilers, McDavid has delivered at a most absurd level, continuing to improve his game and increase his impact on the game. There is a ton of talent in the league, but McDavid is showing that he is clearly in a class of his own, almost single handedly generating as much offence as the Flames as a whole. As we saw in game 1, with McDavid playing at this level the Oilers are never out of a game.

We should expect more of the same, all around, as these teams seem to counter each other quite well. This series will continue to be much higher scoring than either of these team’s 1st round series were, a frenzied and frenetic atmosphere, unhinged and in doubt at all times, fans from either side will be on edge all night.

The Battle of Alberta is living up to its billing, no doubt, and we’ll see what the teams have to offer tonight.

Woodcroft seems to have essentially shortened his bench to 3 lines, essentially playing McDavid as much as possible. It’s been an effective deployment as McDavid is playing the best hockey of his career, clearly proving that the conversation for best player is a conversation of 1.

Despite his ankle injury, Draisaitl showed some speed on a breakaway goal in game 2, a great sign for the Oilers. The top line should be a big factor as Kane joins.

Speaking of big factors, Hyman has been fantastic. We could probably expect a bit more from his linemates, RNH and Puljujarvi.

During Draisaitl’s time on the wing McLeod has been great stepping up into the 3C role. He is still growing his game but it is extremely encouraging to see him hold up in this spot.

Archibald and Kassian barely played at all last game, and likely won’t see much icetime tonight either. Some fans are wondering why Woodcroft doesn’t dress other forward options instead, such as prospect Dylan Holloway. Although I’m in the camp that believes Holloway will make an immediate impact and is ready to join the NHL, it doesn’t seem like a recipe for success to play someone in their first NHL game for less than 5 minutes of icetime. In fact, it’s probably Kassian and Archibald’s experience that allows Woodcroft to trust that they will be able to maintain focus and intensity despite sitting so often. Ultimately if McDavid is playing more, someone else will have to play less.

Perhaps no Oilers skater has had more ups and downs than Duncan Keith, who has had some great games as well as some rough games this postseason.

In all the blueline is under a lot of pressure as the Flames have an imposing forecheck. Although Nurse hasn’t played his best the group as a whole has been able to hold up.

Speaking of finding a way to get things done, Mike Smith is doing just that. Yes, there have been quite a few questionable looking goals allowed, and there will likely be more, but Smith has found a way to get the Oilers this far.

Like many players who survive and thrive in emotion and confrontation, the edge between effective and ineffective is finicky for Tkachuk, as we saw an amazing performance in game 1 and less so in game 2. Regardless, this line with Lindholm and Gaudreau will be dangerous for the Flames.

Things are sure to be tough against the Backlund line, thanks to his defensive abilities and the always intense Coleman. The Flames are surely hoping that the Jarnkrok line can get going to a similar degree, as they likely need this line to outplay the McLeod line.

The Lewis line has been fantastic, their physicality and tenacity standing out.

At this point, there would be few, if any, defence pairs that could handle McDavid, so it’s hard to be too critical of Andersson and Hanifin. They are a strong pairing but are in the business of trying to survive at this point.

Stone has been amazing filling in for Tanev. Kylington is still a young defender, so it’s not a huge concern that he hasn’t been as effective here in the playoffs without his regular partner.

Markstrom is having a rough series after a very demanding series against the Stars, where he had very little room for error. It’s possible the Oilers have his number, or that his heavy workload has caught up to him, but it’s true that more than a few goals conceded have more to do with McDavid’s brilliance than anything Markstrom or the Flames can be held to. We’ve seen goalies get in the heads of opposing teams, and certain teams get in the head of a goalie before, Luongo vs Chicago comes to mind, as does Corey Crawford’s blocker side troubles, both from about a decade ago. What’s most important for Markstrom is to stay even keeled, the Oilers will continue to score. The focus should be less on turning in a Brodeur-like performance, as he did against the Stars, and more on a Fuhr-like performance, bouncing back from goals against to make big save late.