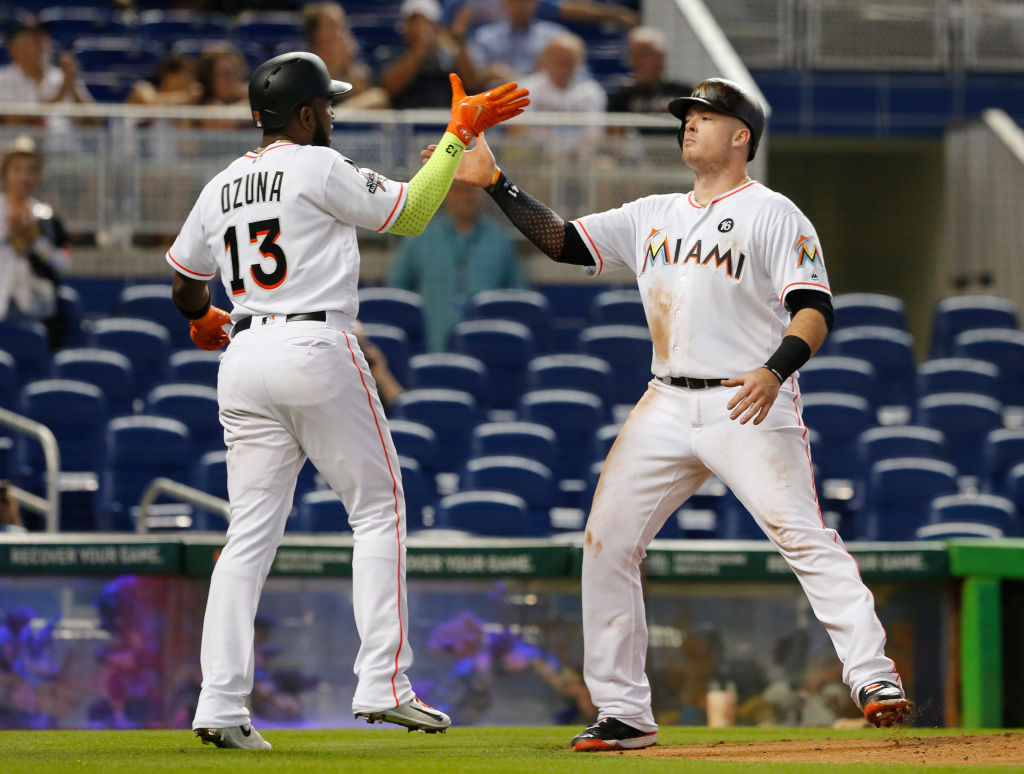 The Rafael Montero experience has been a wild roller coaster ride for the New York Mets this season. There have been plenty of lows mixed with in with some extraordinary highs, including a near shutout against the Cincinnati Reds a few weeks ago that had some convinced Montero was on the verge of a breakthrough. Montero did put together a nice six start stretch for the Mets, but now the roller coaster is back on the way down. The Miami Marlins (72-80) battered Montero (L, 5-11) for five runs in four innings as they defeated the Mets (65-87) 9-2 to complete a series sweep.

Montero was in trouble from the jump, giving up an RBI single in the first to Marcell Ozuna. Ozuna tagged Montero again for another RBI single in the third before Justin Bour smacked a two run homer (23) to dead center to give the Marlins a 4-0 lead. Montero gave up another run in the fourth on an RBI single from Giancarlo Stanton and departed after the inning, giving up seven hits and walking two as his ERA rose back to 5.30.

Marlins’ starter Jose Urena (W, 14-6) had his way with the Mets’ lineup, giving up only two runs on seven hits over eight innings of work. Travis d’Arnaud got the Mets on the board with an RBI single in the fifth while Brandon Nimmo launched a solo shot (4) to right in the seventh to bring the Mets within three. That would be as close as they got, however, as the Marlins tattooed Erik Goeddel in the eighth. Goeddel gave up four runs in one third of an inning on three homers, including long balls from A.J. Ellis (5), Miguel Rojas (1), and a two run shot by Giancarlo Stanton. The blast, Stanton’s 56th of the year, capped the scoring.

Today’s Player of the Game Award goes to Marlins’ outfielder Giancarlo Stanton. Stanton went 2 for 5 with a homer and three RBI’s to help Miami complete a sweep of the Mets.

The Mets are off tomorrow before beginning their final home stand of the season on Friday. First up will be a three game series with the National League East champions, the Washington Nationals (91-59). Jacob deGrom (15-9, 3.55 ERA) will face off with Edwin Jackson (5-6, 4.77 ERA) in the pitching matchup. First pitch for the opener of the weekend series is scheduled for 7:10 pm on Friday at Citi Field.