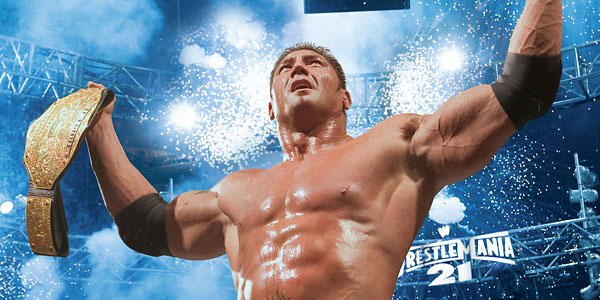 Decent match but really The Game and The Viper had no chance. The two had the unenviable task of following what many, including me, consider to be 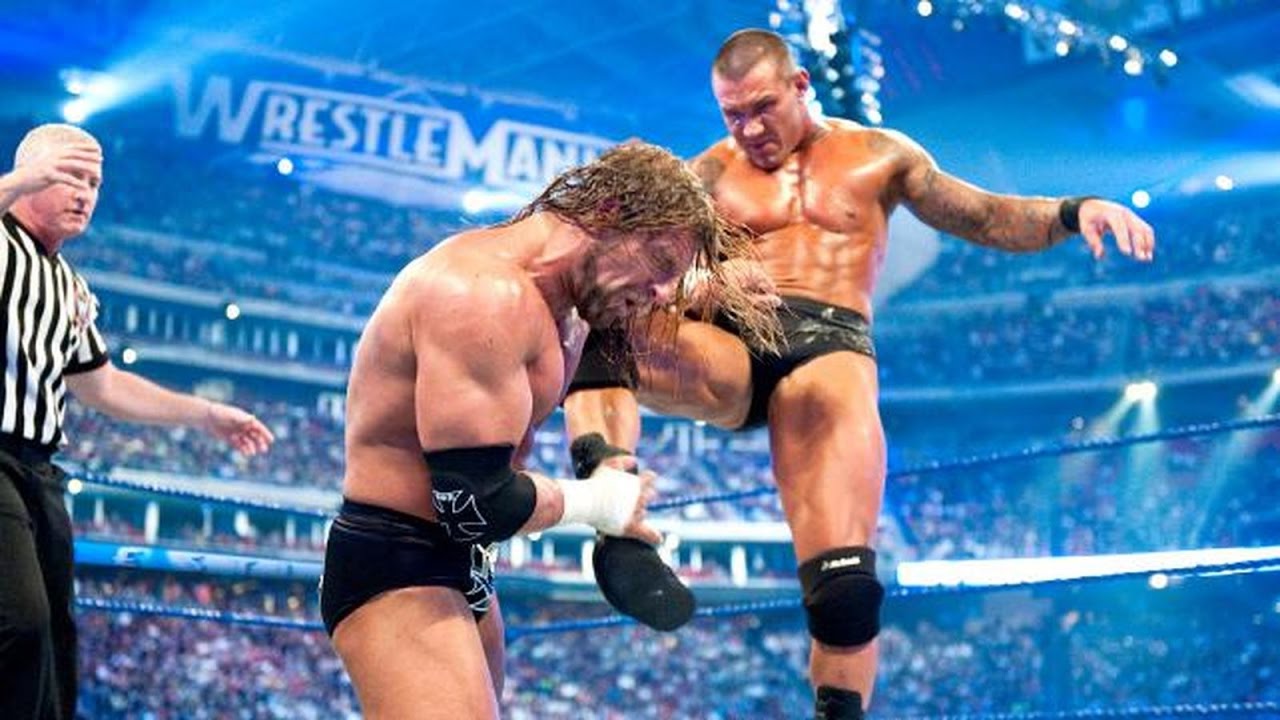 the greatest match in WrestleMania history with The Undertaker and Shawn Michaels. They tried, but the crowd was just too blown up.

Same exact situation here. The Toronto crowd was electric for The Rock and Hulk Hogan earlier in the night. Both Triple H and Jericho have said that The Great One and the returning legend should have ended the show knowing how worn out the crowd would be. They were right, and it showed.

This was a solid way to end the first ever WWF Championship tournament as Savage won his fourth match of the night to become the champ. If anything, it was nice to see a change after Hulk Hogan’s four year run with the belt. A change indeed … even if Hogan was in the ring to help Savage celebrate … and then win the belt back at the next WrestleMania. Gotta love change! 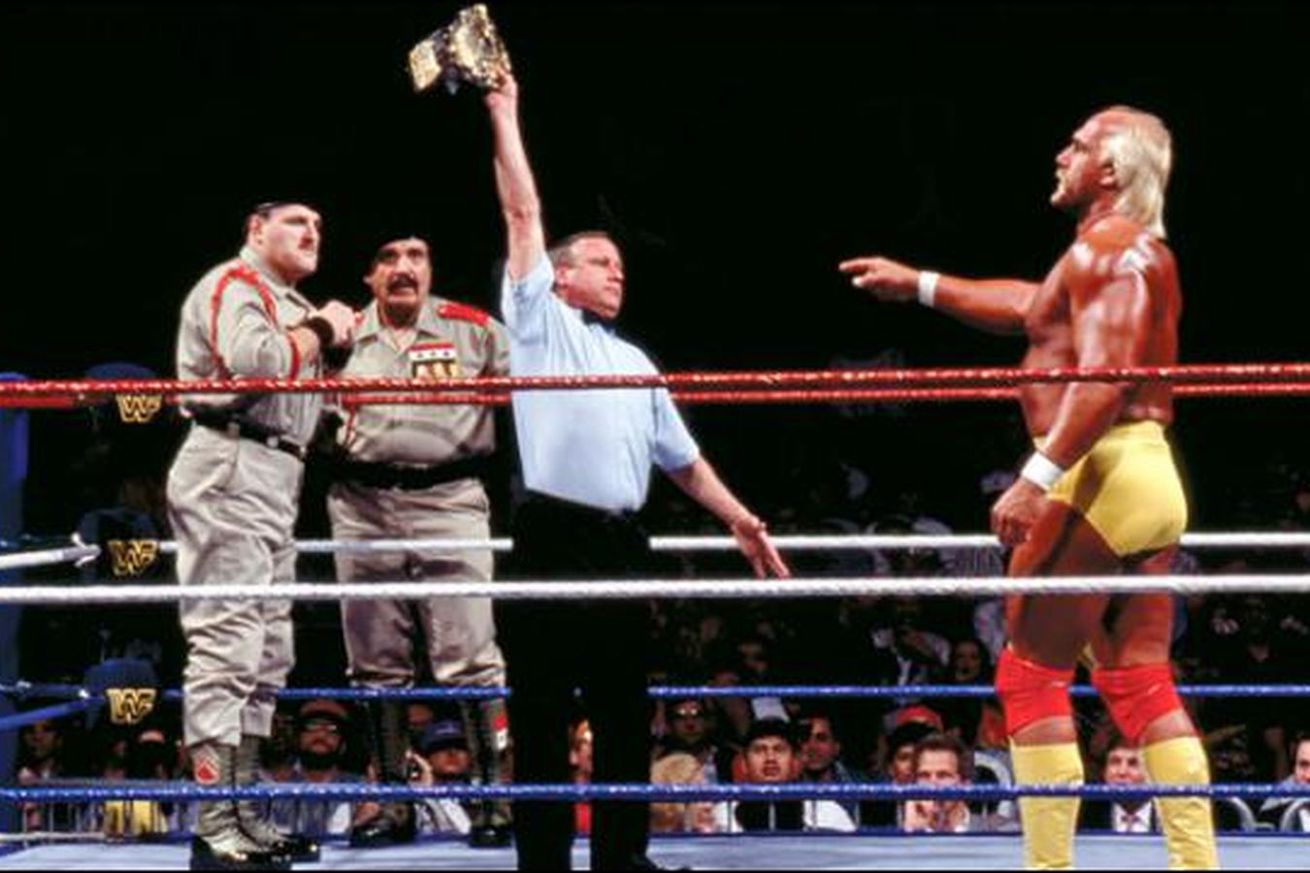 seven year absence, Slaughter held his own. A bloody Hogan, very taboo for the time, added a lot to this match that ended what was built as the most patriotic WrestleMania. And go figure – the American hero beat the Iraqi sympathizer.

The beast was indeed unleashed. The classic student vs teacher battle was fantastic way to end a jam packed card. The first title win for Batista ended up being the start of a spring full of great matches between the two.

This may be a little local bias. The match was good, don’t get me wrong. But what made this match fun to watch was the atmosphere created by the Chicago crowd. I credit this event as being the start of all of the Cena hate. On behalf of the Windy City…you’re welcome!

MATCH – Edge vs The Undertaker

Just like WrestleMania 13, it is always a plus to have WrestleMania end with the image of the conscience of the WWE in the middle of the ring with the belt. I think that this was one of the more underrated WrestleMania’s and it was capped with a very entertaining way to keep The Undertaker’s streak alive.

A great match from two of the best ring generals in the business. This match had plenty of action in it. It says a lot to how entertaining this match was 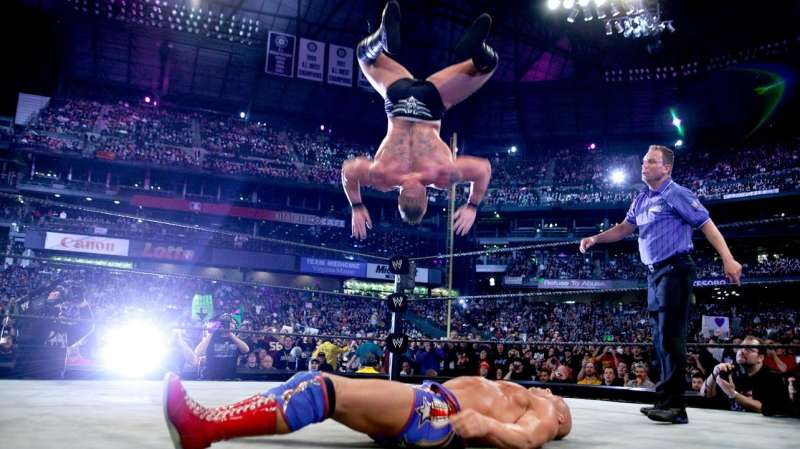 when the memorable moment involves Lesnar nearly breaking his neck on a botched shooting star press.

Once in a Lifetime…when we thought it would be seen once in a lifetime. The match was set the night after the previous WrestleMania and the match lived up to the hype. The crowd was intense and the two icons of their respective eras kept everyone on the edge of their seat from bell to bell.

MATCH – Roman Reigns vs The Undertaker

The Ultimate Thrill Ride ended with the ultimate emotional roller coaster for anyone that has been watching since November, 1990. The match was a good 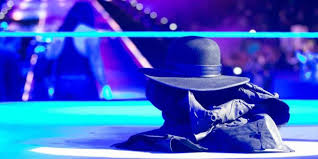 one, but the “WrestleMania Moment” came after the match as The Dead Man laid his trademark ring gear in the middle of the mat, walked to the ramp and raised his arm as we watched him descend seemingly from WWE. Between this and the Ric Flair retirement, if WrestleMania is ever held in The Citrus Bowl again, be sure to bring a healthy supply of tissues!