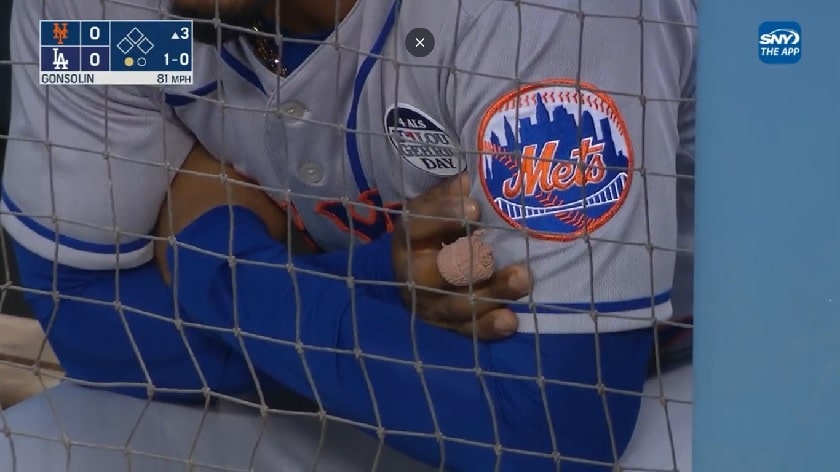 So the first day of the June stretch that will propel them to the stars or return them to the dregs did not get off to a great start. And that was before the game even started …

Francisco Lindor accidentally slammed his hotel room door on his finger. Sounds like he will be out of the Mets' lineup today.

Lin-door just got hurt by a door , ironic

I suppose that every once in a while we need a reminder that as good a season as the Mets are having, they are … in reality … still the Mets. But don’t worry. I’m sure he was just having a reasonable argument over whether the Dodger Stadium video room smelled like rat urine or raccoon urine.

Mets aren't thrilled with the working conditions at Dodger Stadium. According to one Met, the video room is dingy and smells like rat urine. Says it's far below MLB standards.

Well at least we can come up with some reasonable reasons that the Mets were shut out for the first time all season tonight (last MLB team to get hung with a bagel this season.) Long flight to Los Angeles. No shortstop due to door injury. Distracted while preparing for Tony Gonsolin by having to smell rat piss. Or maybe, Tony Gonsolin himself, who certainly seems he made a huge leap from last year to this as he came into this game at 5-0 with a 1.80 ERA, and is now down to 1.59 after spinning 6 shutout innings against the Flushing 9 tonight.

Taijuan Walker gave up three straight hits in the 5th to give up a run, and then was victimized by a poorly played ball by Starling Marte in right as he tippy toed towards the wall only to have Justin Turner’s ball land behind him to make it 2-0. Marte’s play only highlighted some shaky defense as Jeff McNeil shanked a throw, and despite getting a double play on a rundown, Luis Guillorme made a bad throw and Patrick Mazeika threatened to torpedo the whole thing with a late throw to third. None of it really mattered as the Mets’ bats fell silent for the first time this year. Nobody said this was going to be easy, and Thursday night certainly wasn’t. What these Mets have shown all season is that one or two losses don’t necessarily have to turn into five or six in a row. With the raise in weight class, that’ll be put to the test.

In the meantime, perhaps some porters and some Febreze will help them through the next three days.