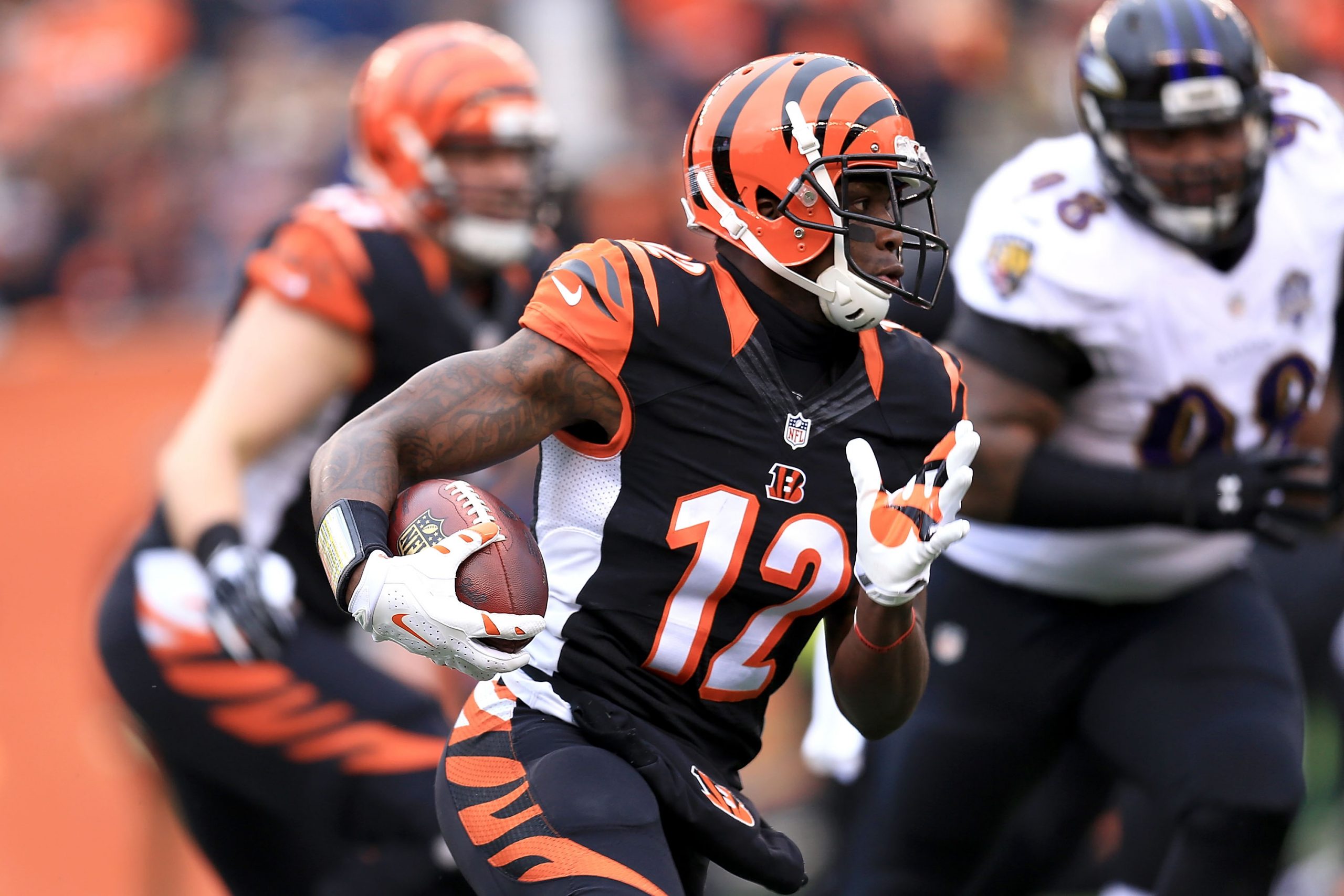 The Ravens were worn down and worn out by a relentless Cincinnati game plan.  The Bengals played bigger and faster than expected.  They are for real.

Joe Burrow threw for a career-high 416 yards and three touchdowns, including a pivotal 82-yarder to Chase in the third quarter, and the Bengals won their AFC North showdown against the Ravens in style, pulling away in the second half for a 41-17 victory.

The Bengals (5-2) drew even with the Ravens (5-2) atop the division, a sign that Burrow and Chase might be ahead of schedule in turning around this struggling franchise. The former LSU teammates were too much for Baltimore to handle, and Cincinnati’s offense moved the ball pretty easily from the middle of the second quarter to the finish.

Chase had eight catches for 201 yards, easily the most productive performance of his impressive debut season. He broke Speedy Thomas’ franchise rookie record of 177 yards receiving, set in a 1969 game at Denver.

“We’ve got so many weapons, the defense is playing great ball right now,” Chase said. “I think the sky is the limit for us.”

The blowout win probably quieted some of the external skepticism about Cincinnati’s solid start, although Taylor felt the Bengals had been playing well for a while. They’d already won a road game within the division last month against Pittsburgh.

“I feel like it started before this,” Taylor said. “These are kind of things we needed to check off. This team has really taken it to us the last several times.”

The Bengals snapped a five-game losing streak against the Ravens. Baltimore’s three most recent wins in the series were by a combined score of 114-19.

Lamar Jackson threw for 257 yards and ran for 88, but he was sacked five times as the Ravens lost for the first time since their opener at Las Vegas. Jackson found Marquise Brown for a 39-yard touchdown in the third quarter that put Baltimore up 17-13, but the Ravens’ only lead of the game was brief.

Burrow needed only four plays to put Cincinnati back in front on a 32-yard strike to C.J. Uzomah. After a Baltimore punt, he connected with Chase on his long TD to make it a 10-point lead.

Chase came into the week with a league-best five catches of 40 yards or longer. Nobody was going to run him down on this one after he made three Ravens miss.

“Congratulations to the Bengals. They came into a division game on the road and played great,” Ravens coach John Harbaugh said. “We were beaten soundly.”

Burrow, the second-year quarterback taken No. 1 in last year’s draft, has thrown for at least two touchdowns in every game this season.

“He played a great game today. This might have been his best game as a pro,” Ravens defensive lineman Calais Campbell said. “We made it hard on him early, he made some adjustments and did what he was able to do. His playmakers made plays for him, too.”

Burrow found Uzomah for a 55-yard TD in the second quarter to put the Bengals up 10-3, but Baltimore immediately drove for a 1-yard scoring run by Devonta Freeman.

Burrow guided Cincinnati on a 63-yard drive in the last couple minutes of the half. The Bengals managed only a field goal, but the ease with which they went down the field was a sign of things to come.

“After that, we came into the locker room, and it was like, we got ’em now,” Burrow said. “We’re rolling, we’re seeing things better and we’re making plays, so after that, we knew what was going to happen.”

Chase now has 754 yards receiving, the most for a player through the first seven games of his career since the AFL-NFL merger.

INJURY….Ravens RT Patrick Mekari left in the second quarter with an ankle injury.