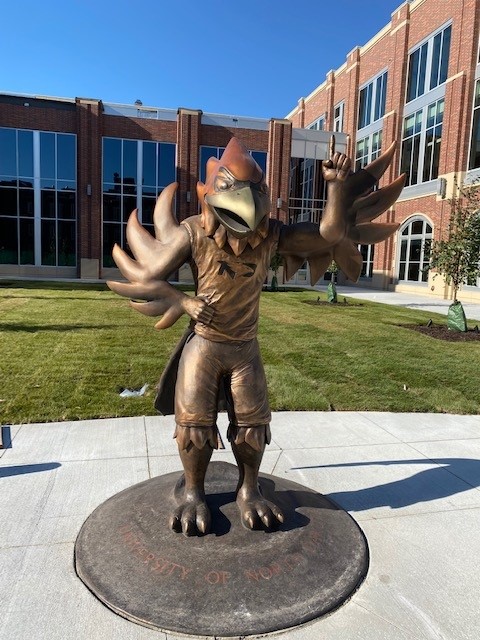 Last week, UND fan Max Lovell tweeted a picture of this statue. Lovell’s tweet elicited some interesting responses. I was intrigued and had to see it myself. Last night, on my bike ride, I was able to locate the statue in question. Honestly, I don’t hate it.

They finally got a statue of Mike Hawk on campus. Going to rub Mike Hawk before every @UNDfootball and @UNDmhockey for good luck this year. #UNDProud pic.twitter.com/QAbWQzyD0G

Yes, it’s true. I can confirm. There’s a shiny new statue of the UND mascot Mike Hawk standing behind the University of North Dakota student union. How big is the new statute? I am 5-foot-9 and the statue is quite taller than I am.

Update: I had people ask me if the UND mascot is really named Mike Hawk. Just my two cents. I’ve heard the mascot referred to as Mike Hawk by some. Honestly, I have no idea what the mascot’s actual name is? 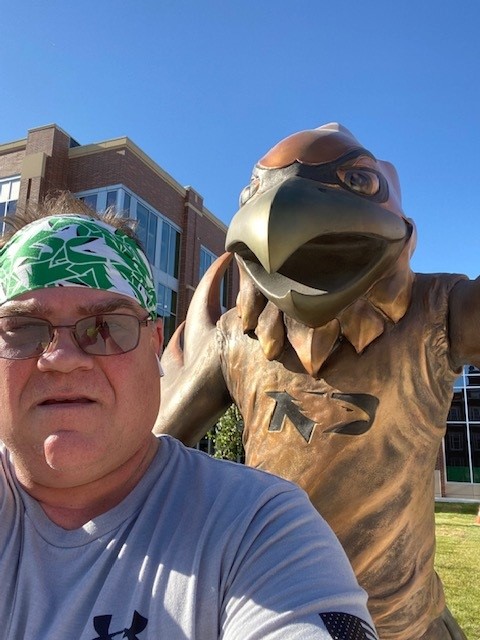 I get it. Many UND fans hate the Fighting Hawks nickname and the Fighting Hawks mascot. I’ve always gotten a kick out of the goofy mascot. It’s also been a big hit with the kids. Maybe we’re not the audience. Finally, I don’t blame the University for wanting to market the mascot.

From my camera roll. pic.twitter.com/K4TVwIy1rU