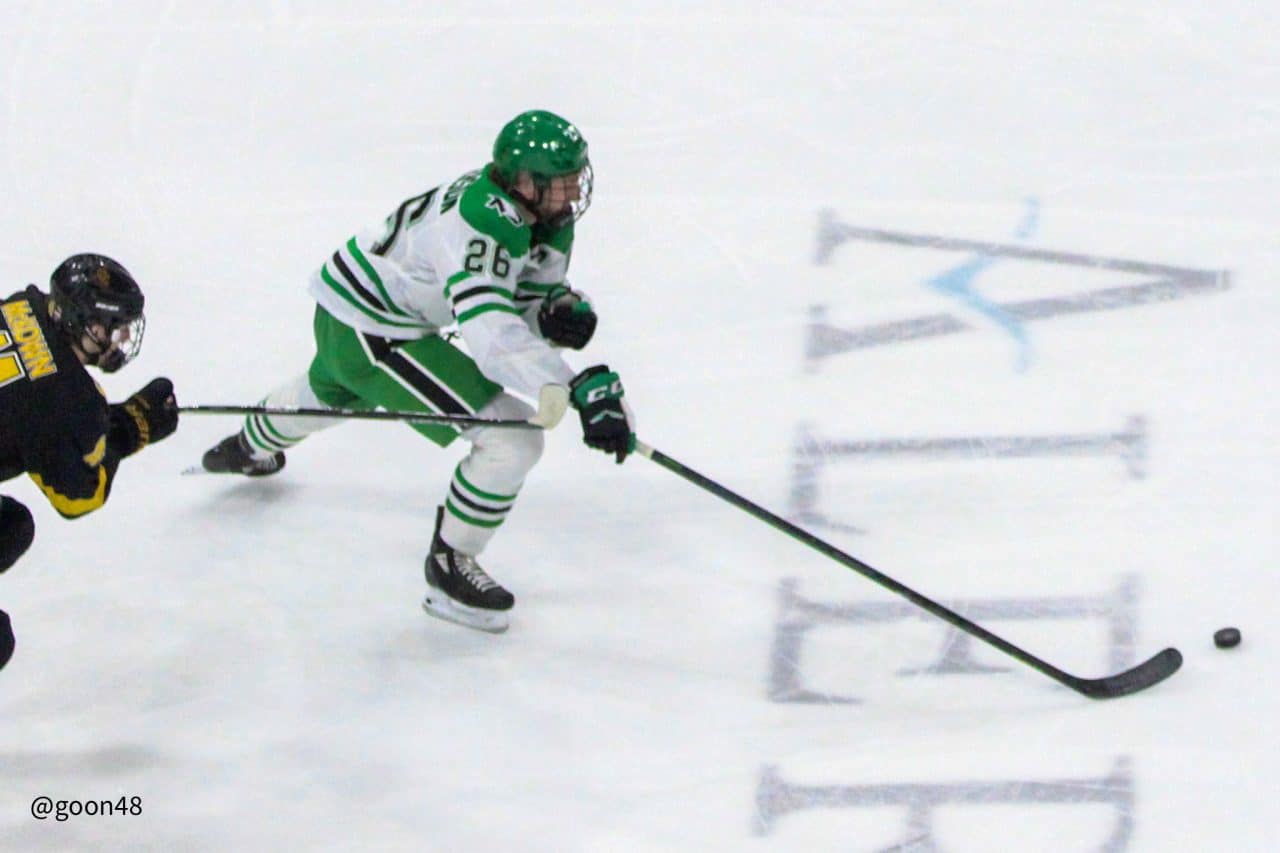 We knew this day was going to come. According to SportsNet.ca, UND sophomore defenseman Jake Sanderson is going to sign with the Ottawa Senators after UND’s season is over. Okay. I don’t think any of us would be shocked by this revelation.

UND hockey fans have known this since last season. This announcement is for the Senators fans. He’s a hot commodity and their fans have been pontificating about him joining the team since last season. Let’s be frank, his draft team, the Ottawa Senators; are a bad hockey team. Perusing the NHL standings, the Senators currently sit in 26th place; there are 32 teams. The Senators have long since been out of the race for the Stanley Cup Playoffs. I’d be surprised if they made the Stanley Cup Playoffs next season.

The Senators need his services. We all knew this was going to happen. With the high draft choices, I’ve always taken the approach, enjoy them while you can. Sanderson’s days in UND uniform are numbered.

According to a Sportsnet article: Ottawa General Manager Pierre Dorion and senior vice-president of player development Pierre McGuire were in Grand Forks on Friday to talk to Sanderson and sophomore defenseman Tyler Klevan. Both players are Ottawa draft picks. Both are having great seasons. Kleven has scored the game-winning goal in two of the last three games. Kleven has three game-winning goals. He’s tied for the team lead with three other players.

“Jake will be joining our team, he knows it,” Ottawa Senators general manager Pierre Dorion said. “Hopefully, his year’s done after they win the Frozen Four and they win the NCAA championship because you want to bring winners into your organization, possibly a Hobey Baker.”

Ottawa Senators GM Pierre Dorion confirmed Friday that top prospect Jake Sanderson will join the team as soon as his college season is over. https://t.co/VAqcOtxIfV