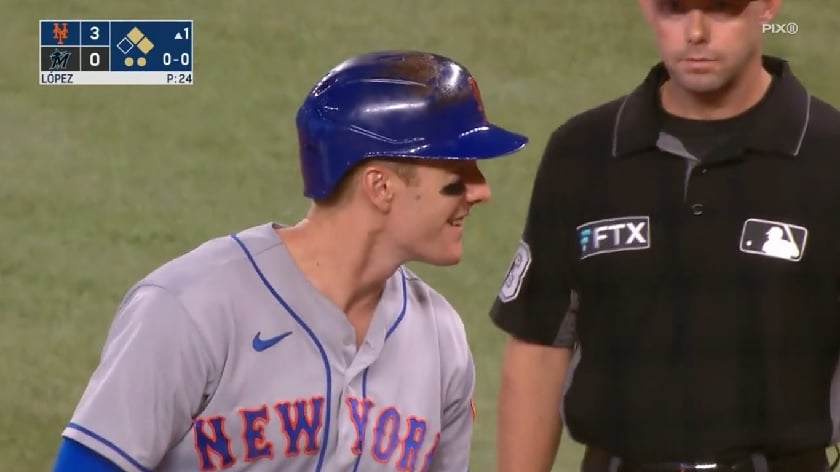 The Mets had 12 hits against Pablo Lopez before he got eight outs. That should tell you all you need to know about the end of the Marlin Massacre.

(I wonder if Lopez is just about sick of us right now.)

But it was still an impressive win by the Mets if for no other reason than they showed you what a good team does when they are playing a sub-par team with a 6-0 lead. They keep the foot on the gas, and they keep their heads in the game. Brandon Nimmo busted his hump to beat out a double play with the score 6-0 when a double play still would have scored the 7th run. Mark Canha kept his head in the game when the Marlins turned into the Aguilar brothers. Then on a Francisco Lindor grounder that almost killed Joey Wendle. Nimmo did this …

And another one for the Mets! pic.twitter.com/0uaGVXwlYW

Patrick Mazeika is laying down bunts against shifts. What more does anybody want to know about this team? I guess the only thing to find out is what the team will look like after the trade deadline.

"I'm looking forward to seeing what the moves are around the league and then being done with this. I'm tired of trade rumors" 😂

Lindor seems to know something, but he won’t share with the class. So I’m going to take a stab at it: