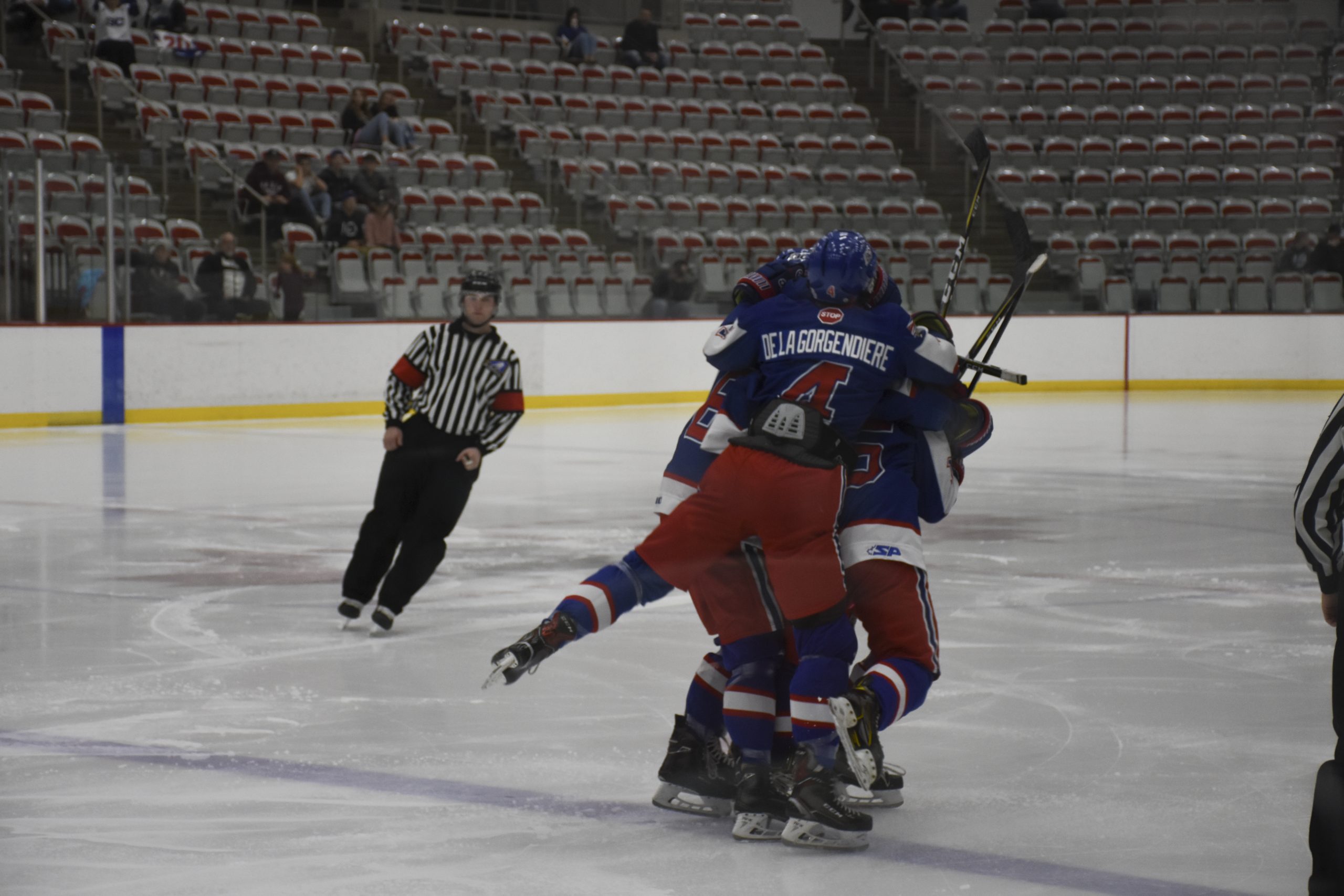 While this post won’t exactly be Oilers related, perhaps it can help to distract us from yesterday’s loss to the Flyers. I had a chance to catch the 2017 WHL Cup finals today, a tournament that features the best 14 and 15-year-old WHL prospects in Western Canada.

Team British Columbia managed to pull out the overtime victory in a hard fought and well matched game, with a final score of 4-3. Here’s a look at some of the players that stood out to me.

Guhle belongs to the Prince Albert Raiders, the same club his older brother Brendan played for. As the first overall pick from the 2017 WHL Bantam Draft, Guhle faces some lofty expectations.

Guhle lived up to the hype for me today, showing his elite combination of mobility and puck movement. Guhle is a beautiful skater like his brother, with four-way mobility and an impressive smoothness to his game. His hockey sense was a plus for me, as he showed a strong ability to make split-second decisions when pinching and closing gaps.

Guhle scored a nice goal on the power play with a hard wrist shot from the point. His defence pair with Ronan Seeley was clearly the go-to unit for Team Alberta.

He has a good frame to grow into and with some time, he has the tools to develop a physical game. Guhle was drafted first overall for a reason; he’s a very well-rounded prospect.

Seeley is a player I’ve been a fan of for awhile.

Everett’s first-round pick in the summer, Seeley played on the top pair with Guhle today and looked perfectly comfortable there.

Seeley’s best attribute is his puck-rushing ability. He’s adept at transporting the puck from end-to-end with dynamic forays up the ice, always with is head up and surveying his options.

Seeley definitely has more of an offensive bent to his game, but he seems to have the type of hockey sense that can translate to the defensive end as well. Seeley has excellent vision and makes tape-to-tape passes.

The captain of Team Alberta, Neighbours is a powerful skater that uses his size to his advantage.

He’s not overtly physical, but he doesn’t shy away from contact, and knows how to shield the puck with his frame. Neighbours plays with a confidence that is visible, and I like his ceiling as a two-way forward.

Neighbours was picked fourth overall by Edmonton in the 2017 WHL Bantam Draft.

I really liked Cossa’s game today. At 6’3, Cossa fills a lot of the net, but he’s not just a big body.

Cossa showed strong athleticism and fundamental technique, especially for such a big kid. I’m looking forward to seeing how the Edmonton Oil Kings’ second-round pick translates his game to the WHL level.

McClennon is a feisty forward with a knack for finding the puck around the net. He picked up two goals and was constantly mucking it up with Team British Columbia, taking some tough hits without backing down.

The second overall pick from the WHL Bantam Draft seemed to get a little frustrated with the hits he was taking, but he channelled it into his play and came up with a big goal in the third to send the game to overtime.

McClennon, who belongs to the Kootenay Ice, isn’t the biggest kid but brings a serious presence on the ice.

Finley didn’t impress me as much as I hoped he would.

At 6’3, Finley has the height to be a commanding presence but lacks the strength to assert himself physically.

Finley laboured a bit with his skating, and was too weak on the puck today. He definitely has talent, but he looks like a bit of a project at this point. As a sixth overall pick from the Bantam Draft, I was expecting more from the Spokane Chiefs’ prospect

The fifth overall pick who belongs to Saskatoon looked really solid against Team Alberta. De La Gorgendiere was fluid and mobile for his size, making good decisions all game long.

A University of Notre Dame commit, Helliwell is a snappy puck mover.

Helliwell skates with a bit of an odd stride, but gets around quickly regardless. His passing was quick and bang-on, managing to hit forwards in stride with regularity.

Helliwell played aggressively and held the puck in on the offensive blue line while under pressure on several occasions.

Thanks for reading! You can find me on Twitter @SullivanJLarson