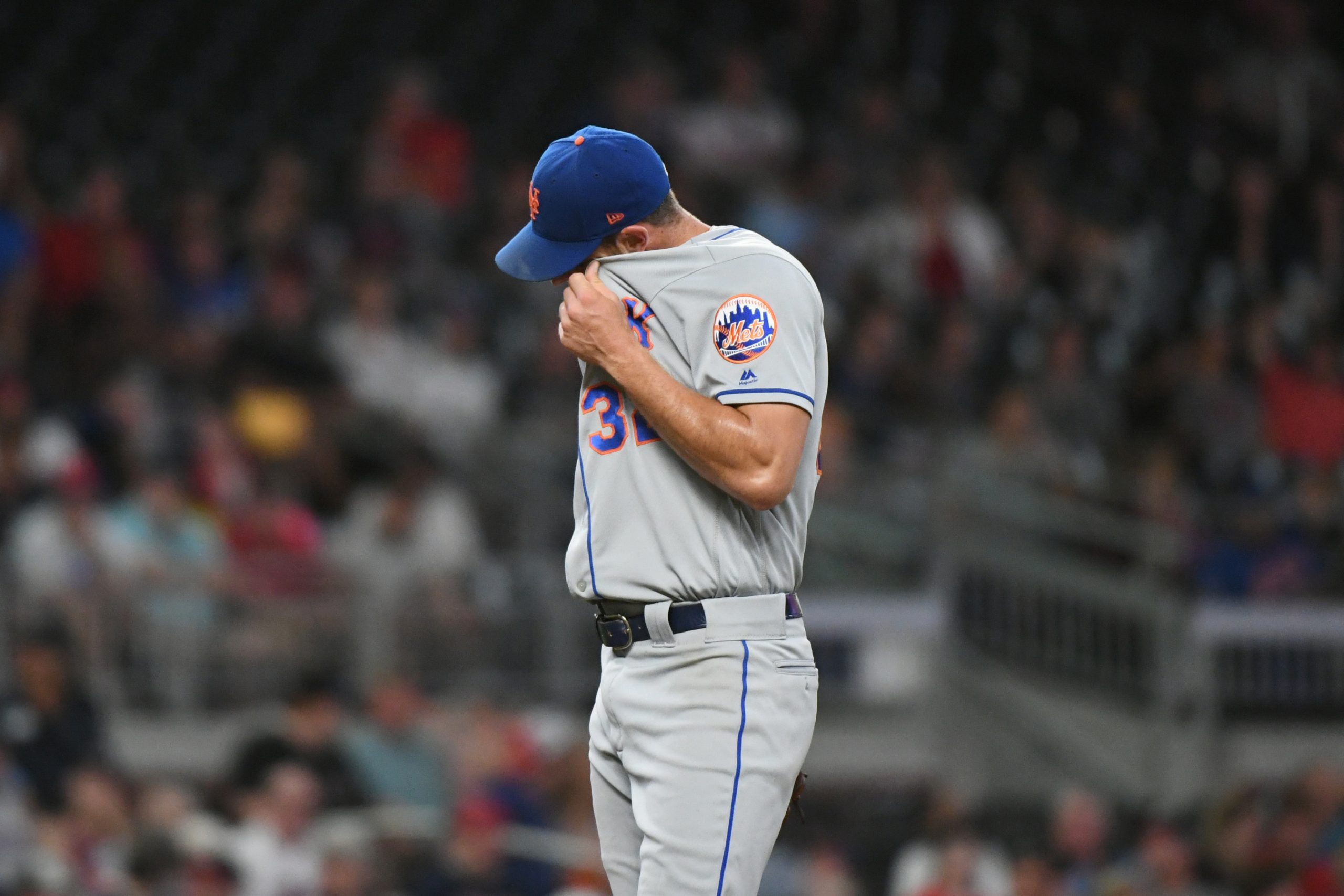 "I'd make that move 100 times out of 100" – Mickey Callaway on his decision to remove Steven Matz from the game pic.twitter.com/0LKAQ2IX3O

Here are the problems with this move … the move to take out Matz after six innings and bring in Seth Lugo for the seventh, which preceded Lugo’s implosion in the 7th. I had a feeling he made the move just for the reasons he stated: Matz was running around the bases, and he had a tough righty leading off the 7th in Josh Donaldson. I get it. But let’s not say that this move didn’t work simply because of the result. Let’s imagine the best case scenario: Lugo comes in and pitches two scoreless innings. Great. Who pitches the ninth? Edwin Diaz? Against the top of the order most likely?

So your question is this: Assuming Lugo is pitching two innings (he’s not going three), and Matz has already pitched six, who do you want pitching that other inning? Matz, who was cruising at seventy-nine pitches and had retired his last 14 batters? Or Diaz, who has given up a home run in four of his last seven appearances? The choice is clear to me … you ride with Matz. The running the bases thing? He ran the bases in the 5th and it didn’t affect him.

What’s even worse to me are two things: Number one, double switching J.D. Davis out of the game to bring in Lugo. Yes, he’s expecting two innings from Lugo and that’s why he did it. Plus, Joe Panik doubled in his spot so you can’t say that it affected the game. But if you leave Matz in the game then you don’t have to take Davis out. Also, you can’t double switch a hitter like Davis out of the game anymore … not with half the lineup being Todd Frazier, Ruben Tejada, Juan Lagares, and the pitcher’s spot for the foreseeable future. I don’t care if the Mets are in front. Davis, Pete Alonso, and Amed Rosario cannot come out of games anymore.

But the worst move of all … and it’s the one move that to me isn’t debatable … when it became clear that Lugo didn’t have it after walking Donaldson and giving up four straight singles, and Matt Joyce pinch hit for the pitcher, why wasn’t Luis Avilan in the game right then and there with the score 3-2 Braves? He gets out Joyce and then you can bring in Gsellman or Familia to pitch to Ronald Acuna and hopefully you get out of the inning? Instead, Handsome Art leaves Lugo in and waits until Ozzie Albies comes up with the score 5-2 to make the switch? Albies, a righty … and Avilan shouldn’t face righties … singles to make it 6-2 and that was basically the ballgame. Waiting to take Lugo out until the entire house burned down cost them the ballgame.

The Mets rallied for two in the ninth against Mark Melancon, making the 6-4 outcome all the more cruel. I get the “Wings of a Butterfly” theory, but I can’t imagine that Melancon coming in at 3-2 down facing the same hitters would yield results that were much different than what happened at 6-2, except that Jerry Blevins wouldn’t have gotten a chance to save a game against his former club. (Melancon is a good pitcher but not good enough to be a much different pitcher in non-save situations a-la Billy Wagner). So waiting to take Lugo out … to me … was the worst aspect of all of this. The Mets might have won this game. Handsome Art Howe made it a point to bring Lugo in with a lead, take him out when the lead is lost. Not when the lead is in the next county.

Not to mask the Mets other problems … they haven’t hit a home run since Saturday being one of them … but now that the magical winning streak is over, the Mets are back to having to depend on strengths and weaknesses alike to stay in this race (all of a sudden they’re three games back of the second wild card). Those weaknesses … manager and bullpen … are going to kill them if they don’t amp it up and start playing a bit over their heads again.