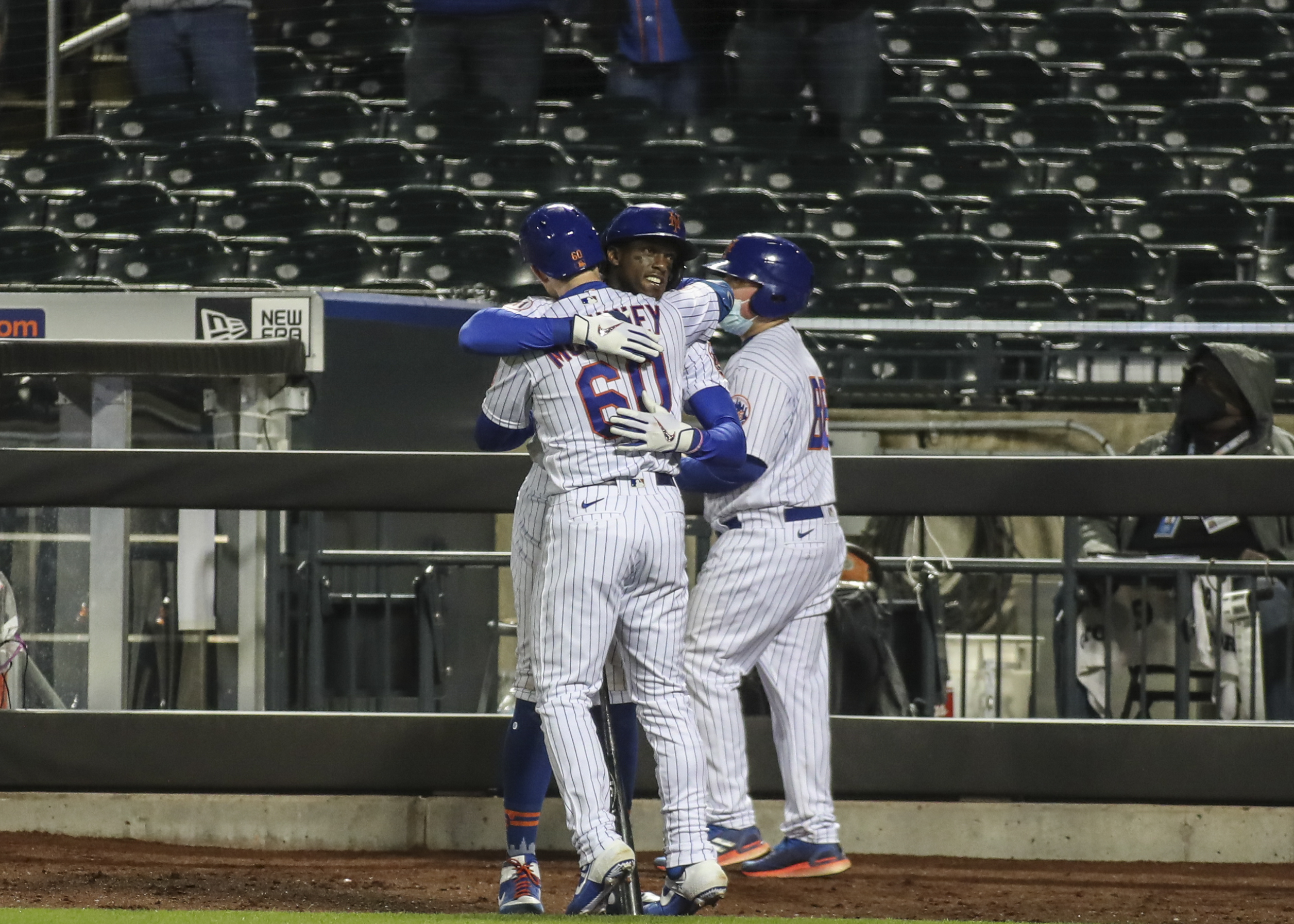 I have a complaint upfront:

It’s the bottom of the second, and the Mets are up 1-0 thanks to professional three hole hitter James McCann hitting his third home run of the season in the first. Ian Anderson struck out the first two hitters in the second before giving up a single to Jose Peraza. Then, he hits a batter who was 0-for-his-last-26, then he walks Taijuan Walker, who can’t swing the bat because he’s still nursing his side. Then, with the bases loaded, he throws a 3-2 letter high fastball down the middle of the plate, which Jonathan Villar smokes to right field to the point where he’s admiring it.

Any competent baseball god would have made Ian Anderson pay for these crimes by letting the ball sail over the wall for a grand slam. Instead, the ball dies in Ronald Acuña’s glove. Obviously, the baseball gods are enjoying a little too much bourbon on Memorial Day weekend and letting everybody get away with everything. Because you know if this was 2009, the Mets would have giving up 17 runs in this inning.

Thankfully, after this egregious neglicence of duty, the Mets collectively said “F*** you Jobu, I do it myself.” They went and scored a gaggle of runs to do what the baseball gods refused to do and shoved this game down the Braves’ throats. Of course, they did it with players who you would have never thought would be important contributors to the cause this year.

Walker returned from injury and threw five scoreless innings while striking out eight Braves. Villar got his dinger in the fifth as he hit one into the Apple to make it 3-0. Then with the score 4-1 and the Mets having already chased Anderson, came the opening of the floodgates, and it came in the form of Cameron Maybin. Maybin reminds me of an old joke where a kid is waiting outside his house and his friend comes up to him and asks what he’s doing. And he explains that he’s late to return home and he’s in trouble. So his friend asks him why he’s not rushing back. And he said that if he’s five minutes late he gets yelled at. If he’s a half hour late he gets hit with the belt. And if he’s an hour late, he gets the belt and he gets grounded. So his friend asks “so why are you waiting so long?” And he says “If I get back at midnight, they’ll hug me and kiss me because they’re just happy I’m alive.”

Maybin’s Mets experience in relation to the fans went from relief that he was here, to disgust that he couldn’t buy a hit, back to relief and even love that he was able to finally get that first hit as a Met after he set a franchise record for at-bats before his first hit with the club. They’re just happy he’s alive. It’s the Anthony Young effect, and hopefully the love continues for however long he’s here because he has been nothing less than a model citizen during his time in Major League Baseball.

The bonus is that the hit led to a bonanza of runs. Brandon Drury followed wtih a pinch hit two run homerun which was majestic … Tatisian, if you will. The Mets would go on to score seven in the inning. Also featured in that inning was Francisco Lindor avoiding a tag from Freddie Freeman, McCann driving in a run with an infield hit, and Billy McKinney sending a rocket into the Soft Drink Sections to cap it all off with a two run homer. (This home run came off somebody named Jay Flaa, who I’m convinced is actually a virtual player from the old “Bases Loaded” game.) Lindor would later smack one into the bullpen to make it 13-1 to put it away once and for all. That might paint him as a compiler, but as what he has compiled barely enough to start a fire to keep warm, I’ll take it.

The 2021 season, however it ends, will truly be remembered for the friends we made along the way. McKinney, Drury, Maybin, Villar, Peraza, McCann, Sean Reid-Foley from Guam, Patrick Mazeika, Khalil Lee, Johneswhy Fargas, Tommy Hunter, Aaron Loup, Trevor May, Trevor Hildenberger, Jake Hager … a couple of more injuries and this team is going to set a record for World Series shares.