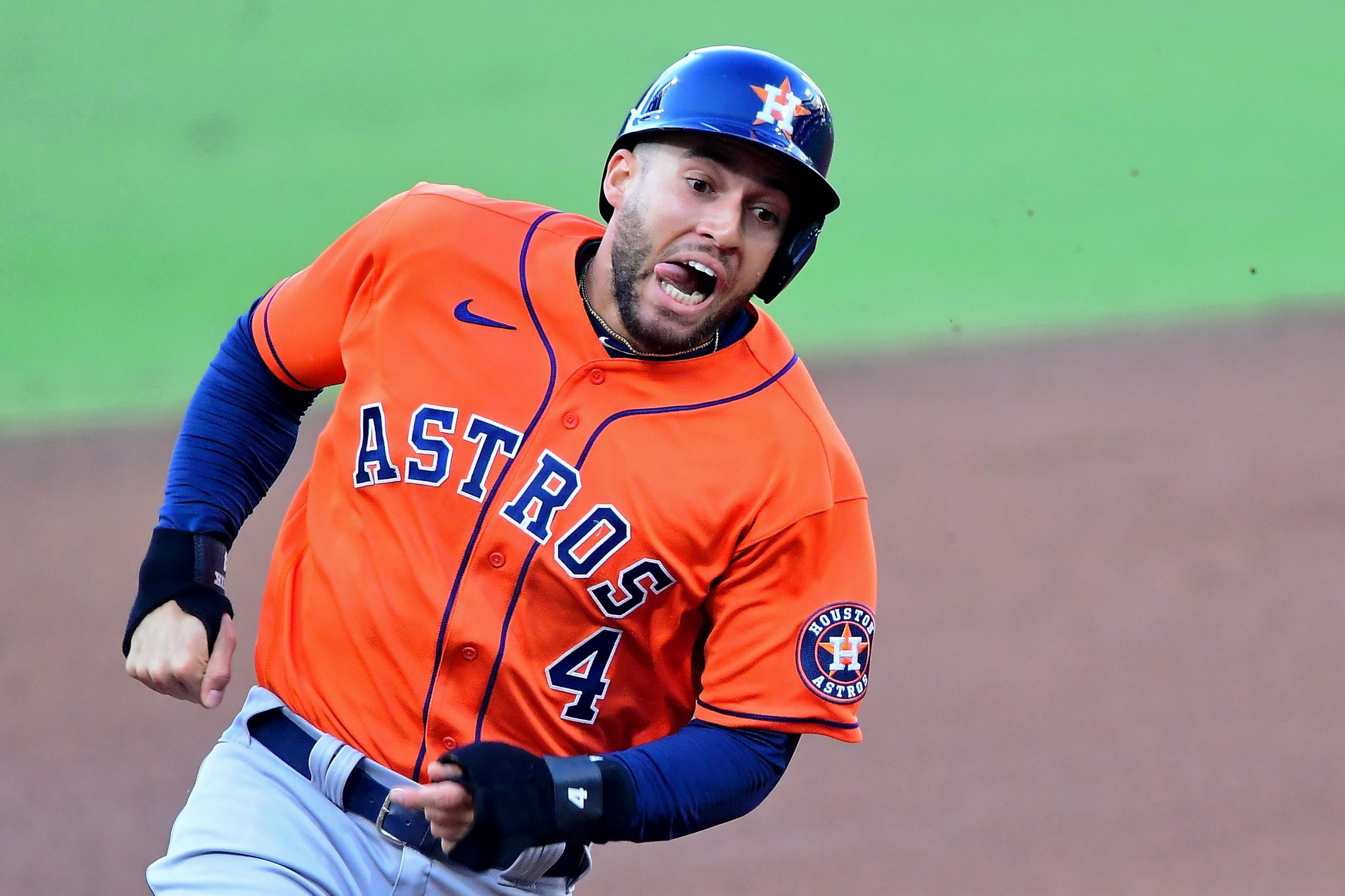 This isn’t going to be a post where I bash the Mets’ new regime for their off-season … not after they made a full tilt effort to improve the team the likes of which we haven’t seen in a long, long time after the trade for Frankie Lindor and the signings of James McCann and Trevor May. So this isn’t “Mets should have done this or Mets should have done that.” But if you had told me after Steve Cohen and all his money took over the Mets that they would go 0-for-3 in the room with JT Realmuto, Trevor Bauer, and George Springer, I would have told you that you were out of your mind.

Realmuto was eliminated with the acquisition of James McCann, which to me is more than fine. Trevor Bauer was eliminated with the acquisition of Carlos Carrasco in the Lindor trade, and I wasn’t crazy about paying somebody $36 million for a good, but up-and-down career. The money that they saved on both of them had the Mets pointed hard towards Springer to fill the long empty hole of center field.

Outfielder George Springer and the Toronto Blue Jays are in agreement on a deal, sources familiar with the situation tell ESPN.

Springer is headed to Dunedin for a physical. And if all goes according to plan, Toronto will get the star it’s been looking for all winter.

Again, not going to say that because of this, the Mets offseason was a failure. Far from it. But man, getting George Springer would have been that over the top move that the Mets hadn’t made since Yoenis Cespedes, and before that Carlos Delgado. Who knows if the Mets made him an offer, if they made him an offer that had a lid on it, or if they felt that Springer wasn’t the right fit (which I can’t imagine because to me he was the perfect fit.) But the whispers are that the Mets came up with an offer around the $135 million range. Maybe they thought six seaons was too many, but if any regime could have not worried about 2026 at the expense of 2021-2023, it was this one.

I guess we’ll find this out in the coming days. But to make a move like this in the first season of the Steve Cohen regime would have made the Braves at least a little worried. Maybe even would have made the Dodgers a little worried. It would have made a nice offseason a great offseason. More importantly, it would have filled a hole in center field that has existed since Carlos Beltran was traded for Zack Wheeler. Brandon Nimmo is a nice offensive player and a good corner outfielder. But not a good defensive center fielder at all … and for a team that is valuing defense up the middle, Springer would have been huge. And that’s on top of him being a premium offensive performer and a premium playoff performer. Springer would have been the one.

The bright side is that there is money to go to other needs. They could still use a center fielder, and I’d be very happy with Albert Almora Jr., who plays great defense and would probably come much cheaper than Jackie Bradley Jr,, who is four years older and isn’t all that much better offensively to justify the money he would want over Almora. They could still use a reliever, and Brad Hand is out there (and just changed agents which is very interesting but could also mean absolutely nothing.) And you never know, there could be a surprise trade for a third baseman such as Nolan Arenado or Kris Bryant.

But considering that Lindor and Michael Conforto are up for extensions, taking on another impending free agent like Arenado or Bryant probably isn’t in the cards. Lindor is a priority, and my guess would be that it gets done, which leaves Michael Conforto, whose agent is Scott Boras which means there’s no guarantee that he would take whatever extra money is now available for him. Because as with Springer …