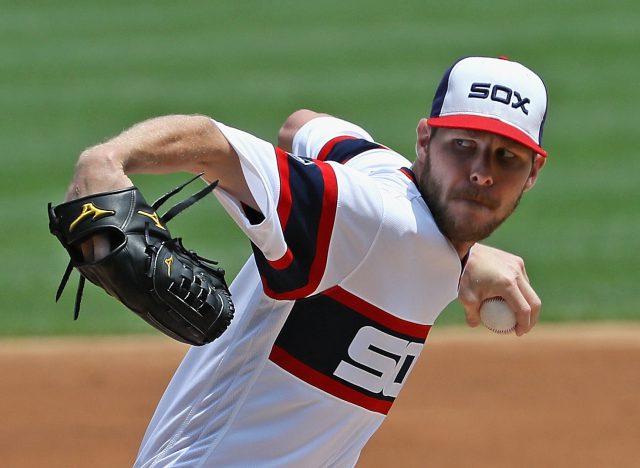 So as you may remember, I made some suggestions to make the Winter Meetings a little more exciting for Mets fans. And who knows, the deals I suggested might have made the team better. My plan had flaws, though:

Oh well, I tried. I can’t help it if nobody wants to listen to me. But the good news is that while the Winnter Meetings might be over, the winter hasn’t even started yet. So there’s plenty of time for the Mets to do what they’re supposed to do, and improve the team from the healthiest version of last season. Now if I know the Mets, they’ll shed payroll and they’ll settle for battling for the wild card. They’re in, but never quite all in. But we still have a couple of months to either confirm it, or debunk it.

So until the Mets trade Jay Bruce … either to Cleveland for Lonnie Chisenhall and Dan Otero, or to Houston for Evan Gattis, or to Seattle for Seth Smith, or to Australia for a kangaroo … let’s take a look back at some of the main events that we did see during the meetings:

Once Chris Sale went into the insubordination zone and cut up those throwback jerseys, he was gone. Not because of what he did, and not because he was a malcontent, but anybody who makes it clear that they’re not happy (whether it be because of jerseys or Adam LaRoche’s kid) is somebody that a club will want to think about moving. It doesn’t mean Sale is a malcontent, or even that he was wrong. but I’d bet that was the catalyst for the White Sox to start thinking about reassessing who to build their team around.

All that said, Sale is one of the best pitchers in baseball, and the White Sox are terrible. And that combo more than anything is why the White Sox would trade a 28-year-old star with three years of affordable control (two in the form of team options). And they got a haul befitting Sale’s value, including Yoan Moncada who is considered to be the top prospect in all of baseball. But the Red Sox won this deal. As even as this is when you talk about value (perceived or real) on both sides, the contending team wins the tie-breaker. Sale gives the Red Sox a big three with Rick Porcello and David Price, and they already won the division last year. Most importantly, they dealt from strength and they went from good to great.

This is one that’s going to be talked about and dissected for a good long while. And again, it comes down to perceived value. I agree with Cliff Floyd when he says that prospects are just that … prospects. But the value of Giolito, Lopez, and Dunning should have been able to pull back more than Adam Eaton. But the Nationals were thought to be the most desperate team going into the Winter Meetings, and they acted like it.

Is Eaton a good player? Indeed. Is he a piece that’s going to help the Nationals stay as the favorites in the division? Perhaps. But what the White Sox did was play on that desperation to make this deal one-sided. The Nats reportedly talked about David Robertson in the same deal, but the White Sox said no after the Nationals had discussed these same prospects (plus one more) for Sale, which would have been more even. Eaton was a 6.2 WAR player last season after yo-yo-ing from 5.2 in 2014 to 3.9 in 2015. That yo-yo-ing seems to be predicated on his defense, as his UZR/150 went from -3.8 in 2014 in CF, to -10.6 in CF, to +18.1 in 2016, and +25.5 in RF where he played the bulk of his innings. You might have heard of a guy named Bryce Harper, who already plays RF in Washington, so Eaton goes back to CF. Does he remain a 6.2 WAR player? Or does he go back to a 3.9 player that the Nats traded three top prospects for?

This is a tough one to call because the Cubs had to make this move to replace Aroldis Chapman. And they basically traded a spare part for him, albeit a spare part with a high ceiling. Some Cubs fans are worried about trading a guy with a high ceiling for a guy who had arm issues and is only under control for one season. But it works out perfectly for the Cubs to get a guy who can stabilize the back end of the bullpen while the Cubs are still in the beginning stages of their long championship window. Cubs fans will feel better if Davis performs and they can sign him longer term. And if he doesn’t perform, they’re not stuck with him for four or five years.

While the Cubs had to get rid of an outfielder they had no room for, Kansas City needed to get rid of a salary they had no room for. They can’t re-sign everyone from the pool of Eric Hosmer, Mike Moustakas, Lorenzo Cain, Alcides Escobar, Danny Duffy, and Davis. (All to be free agents after this season.) The easiest guy to get rid of is the closer in this closer friendly market, especially when Kelvin Herrera can easily take over. They took advantage of the market and got a very good prospect who isn’t three or four years away.

Winner: I’m tempted to cop out and call this a tie, because both teams won in this deal. But ultimately I give the win to the Royals for one reason: They took the one piece that made that Wil Myers trade a win for them, got a World Series title out of him in his best years, and then got a good prospect as the arc starts to go down and the contract is about to expire. Their asset management recovery on that exchange turned out to be incredible.

Winner: Not the Mets because Seattle is on the schedule this year so Heston can pitch another no-hitter against them.

I guess what this all means is that the Mets picked the wrong year to need a back-end reliever, as the money and prospects that are being used to acquire them are insane, when you factor in Aroldis Chapman’s 5 year $86 million deal with New York (AL). If the Mets want to trade for David Robertson, it’s going to take more than dumping Curtis Granderson in their laps. The White Sox were a dead carcass at the beginning of the week, but Rick Hahn has given his franchise options now. He’s not as desperate to get rid of people now that he has an entire winter’s haul in just two trades. (Thanks for that, Mike Rizzo.) So the Mets will probably have to be even more creative to get rid of an outfielder, and hope that they can find a late inning option internally.

It’s not the sexiest move out there, and your overlord knows that I’d love it if the Mets would go for one single solitary luxurious purchase that may not be the player they need, but the player we deserve. Like Edwin Encarnacion for example. On a one year deal. Just to scare the hell out of everyone for one season. Or maybe Kenley Jansen so that Miami doesn’t ruin his career. Or perhaps Jose Bautista so that 2017 could become one large media creation to distract everyone from the fact that Yoenis Cespedes is driving to spring training in an M1 Abrams. Anything. Certainly Sandy can find a player that is practical enough to not create unbalanced ledgers while still distracting everybody from the shiny bauble known as Adam Eaton. Right???