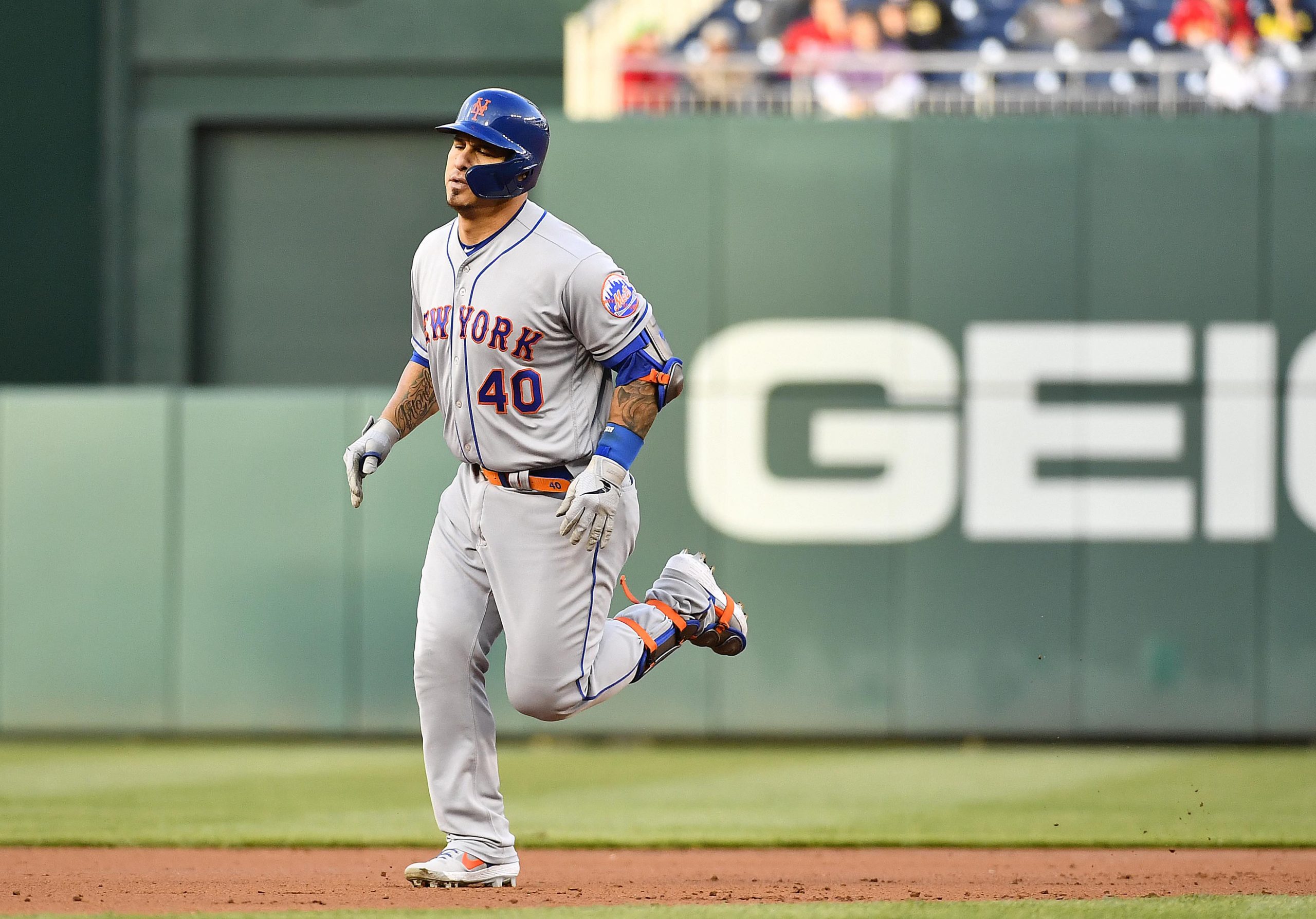 Amazing how well one plays with a little rest.

Also amazing how the Mets, no matter which incarnation of a lineup they have out there, whether it be anchored by Pete Alonso or Ike Davis, Michael Conforto or Bobby Abreu, Jeff McNeil or Jason Bay, can have stretches where they look like Murderers Row and stretches where they look like they’ve been murdered. A lineup that can put up a crooked number in the first inning seems to make life so much easier for their pitcher. That’s what the Mets did as after two men were out, the Mets rallied to load the bases off Jeremy Hellickson, setting up the slumping Wilson Ramos, who was hitting .174 since April 6th:

Fun fact: Ramos’ first two grand slams came off Carlos Torres and Jon Niese. That’s out of three career slams coming into tonight, and I was getting quite tired of Ramos getting hits like this against the Mets. But Ramos’ first inning grannie gave Noah Syndergaard all the calm he needed to go out and pitch eight innings (the first five of which were without Nationals hits) while only giving up a two run HR to Victor Robles and help the Mets to a 6-2 victory. Brandon Nimmo chipped in an RBI in the fifth, and Dom Smith put the capper on the evening with a ninth inning home run.

The middle game of this series features Wilmer Font for the Mets and Patrick Corbin for the Nationals, so it would be really nice if the offense could keep this up so Font can go six innings and not worry about putting the game out of reach. The Mets have a chance to take advantage of a wounded Nationals team before Trea Turner comes back from injury and can make a difference. (Turner started a rehab assignment on Tuesday.) If somehow the Mets can drop the Nationals to 16-27 I think that would be lights out for Dave Martinez and send the organization into a tailspin for the rest of the year as they are surely doubting themselves in a season that they were supposed to prove that their young players were ready to step up after the departure of Bryce Harper.

As it is, their Big 3 of Corbin, Stephen Strasburg and Max Scherzer are having their good seasons wasted by a horrible bullpen and a lineup that has not been as advertised. Their outfield of Juan Soto, Robles and Adam Eaton, who were being touted as world class, entered Tuesday with OPS’ of .814, .739, and .730. Soto is well off his pace from last season, Robles isn’t setting the world on fire yet despite the home run off Syndergaard, and Eaton is hitting .280 but he’s a singles hitter and his defense is rated negatively. This is the time to bury them and give the Mets one less team to worry about this summer.

Tomorrow might be the most important game of the year for the Nationals, and the Mets would do well to drive a stake through their hearts.