You Don’t Know What You Have Until … 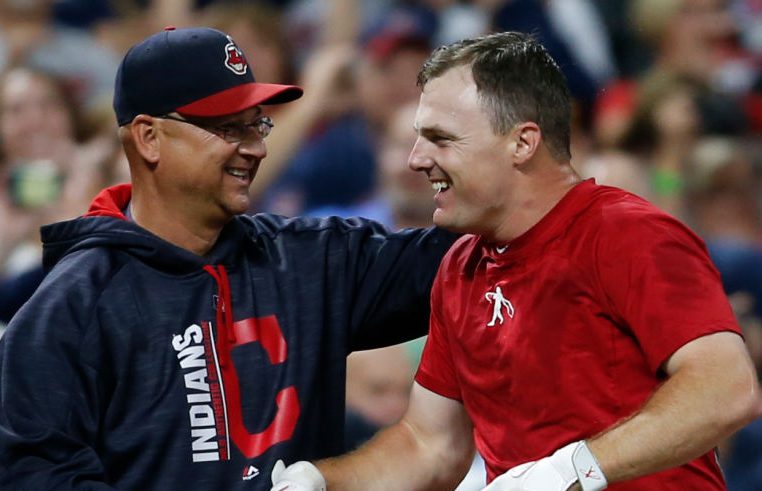 There’s a movie called “It’s Complicated”, where Alec Baldwin tries to have an affair with his ex-wife Meryl Streep and they wind up smoking pot together. Tonight, while I had the Mets game on at the side I had the Indians game on in front of me to see if their incredible streak would continue. And as the Mets lost two more players to injury in Amed Rosario and Travis d’Arnaud, all I could think about was the Indians, their win streak, and smoking pot with Jay Bruce, who plays Meryl Streep to my Alec Baldwin.

Let me put it in terms the millennials can understand: Look, we’re all guilty of it. Bruce went from awful deadline acquisition in which they gave away future Hall of Famer Dilson Herrera, to the glue that kept the Mets together through injury after injury, to clubhouse leader who regularly had a halo appear over his head while trying his best to drag the Mets’ injury riddled carcass through the summer months, to the guy who has moved on whose poster we sigh at every time we see it on our walls. Of course, he had to move on to reach that status with Mets fans, because of course. But we’re okay with it because we know deep down that it’s better to make history than to be history. Think of where Bruce would be if the Mets selfishly kept him.

trade worked out nicely for jay bruce. came to team with 22 wins in a row from one with 22 injuries in a row.

Instead, he hits a walk off single to give Cleveland its 22nd straight victory:

Meanwhile, the Mets dropped their third in a row to the Cubs by a score of 14-6. They were outscored 39-13 in the three game series. Dominic Smith hit a home run. Yay. Travis d’Arnaud hit a home run before he left the game with a twisted knee which he suffered before the home run. Amed Rosario had a strained hip flexor. All this on the day where Sandy Alderson bent over backwards to defend Mike Barwis after it was announced that the Mets would retain the services of Jeffy’s Michigan buddy to handle strength and conditioning for a team who let the muscles of one of their important starting pitchers develop atrophy. Because every day surrounding this painfully unwatchable team must reach the statues of “I’ve never seen this before … there should be a movie about this.”

But to sum it all up … Baserunning, as told to us by a team who has won 22 straight games:

And now … Baserunning, as told to us by the New York Mets:

If Tomas Nido was trying to steal a run on Danny Ocean’s team, the movie would have been a Robot Chicken sketch.

But that … that final out in the Mets’ 14-6 loss is the fitting official end to the Mets’ playoff hopes, as they have been officially eliminated from the postseason. (Unofficially, they were eliminated when Tom House said there was a 63% chance Noah Syndergaard would be injured by June.)  That final out was so bad it might have eliminated them for next season as well. But at least we can watch Jay Bruce romp through the playoffs. That’s not that complicated.