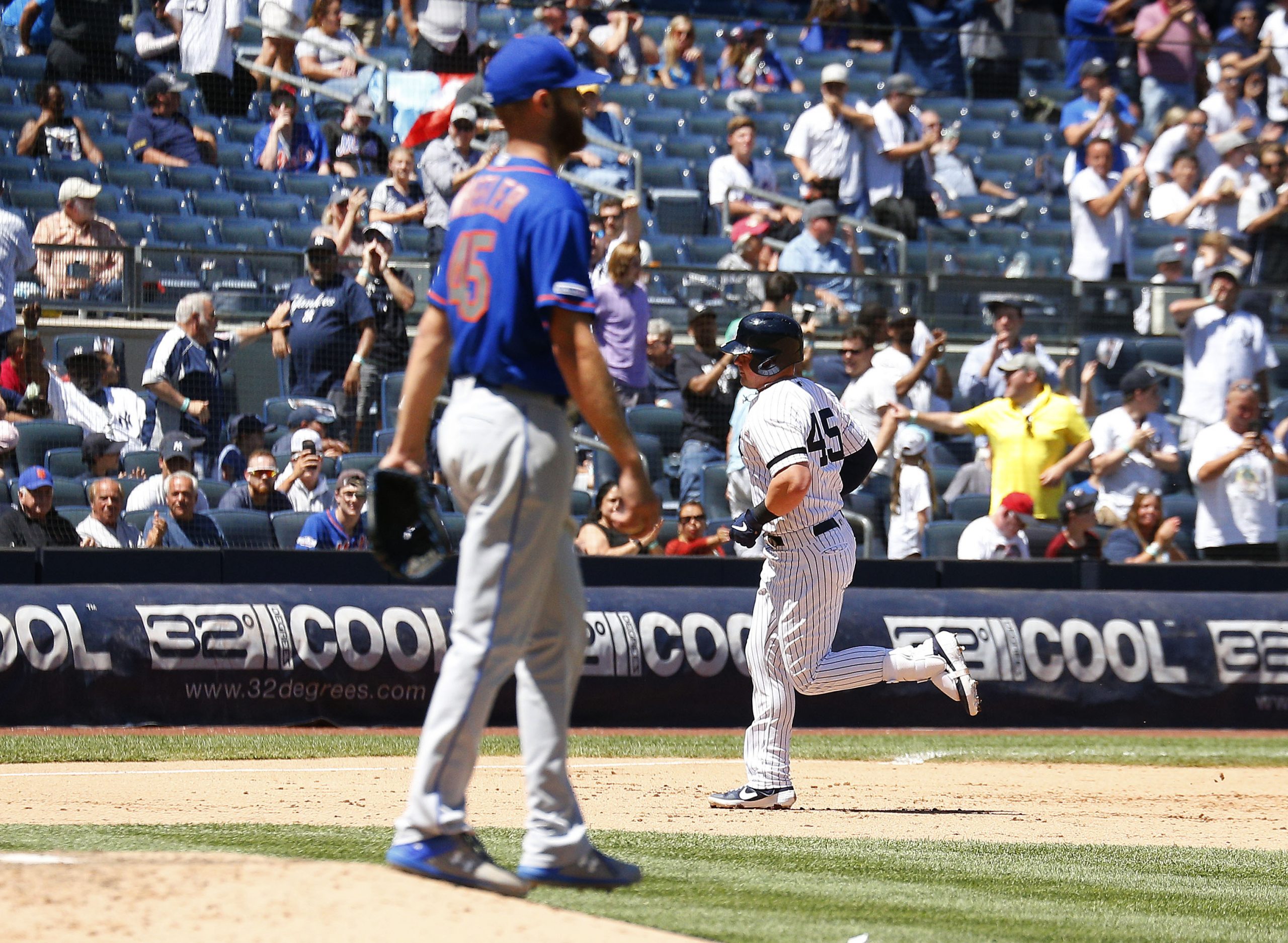 Inconsistency has been a big problem in Zack Wheeler’s career, and it reared its ugly head again today for the New York Mets. The Mets (32-34) staked Wheeler to a 4-1 lead in the third inning, but Wheeler (L, 5-4) proceeded to give it all back and then some. The New York Yankees (41-24) ripped off eight unanswered runs en route to a 12-5 win over the Mets in the opener of the doubleheader.

After Jeff McNeil’s third homer of the year put the Mets up 4-1, Wheeler proceeded to start giving up runs. The Yankees got one back on an RBI single from Gary Sanchez in the third and tied the game in the fourth on a two run homer (16) from Luke Voit. The Mets could have been out of the inning with a tie, but a crucial throwing error from Todd Frazier extended the frame. Wheeler didn’t help matters by walking the next batter and hanging a slider to Gio Urshela, who crushed it to left for a three run homer (5). That would make it a 7-1 game, and the Mets never were truly close again.

Wheeler gave up two more runs in the fifth before exiting, and the Mets couldn’t scratch together any more offense against Masahiro Tanaka. Tanaka (W, 4-5) tossed 6.2 innings of four run ball to earn the victory, and Gary Sanchez added insult to injury by launching a two run bomb (20) off Tim Peterson to cap the scoring.

Today’s Player of the Game Award goes to Yankees’ third baseman Gio Urshela. Urshela went 3 for 4 with a homer, four RBI’s, and two runs scored as he finished a triple shy of the cycle.

The Mets and Yankees will play the second half of the doubleheader in just a bit. Jason Vargas (2-3, 3.57 ERA) will face off with James Paxton (3-2, 3.11 ERA) in a battle of left handers. First pitch for the night cap is scheduled for 7:05 p.m. at Yankee Stadium.