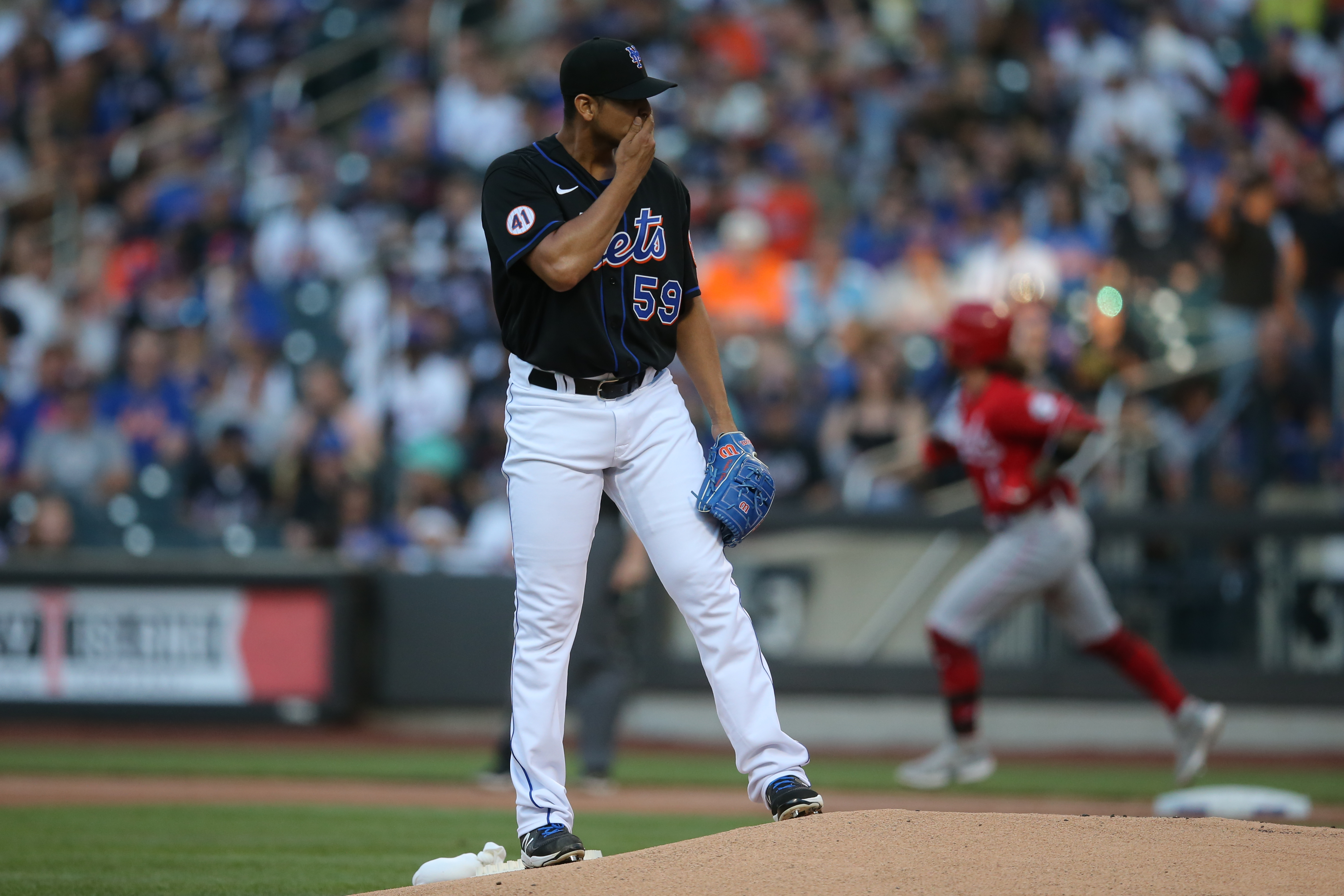 I’m not sure if anybody is going to produce a five day special out of this trading deadline, but the only crying done tonight was by us.

As you heard by now I’m sure, the Mets made a trade for Javy Baez before Friday’s 4PM trading deadline. With the Dodgers blowing everybody out of the water by trading for Max Scherzer and Trea Turner yesterday, I wonder if the Mets would have done anything if they were reasonably sure that the Phillies and Braves weren’t going to go all-in. But they both did, as the Phillies got a starter and a reliever while the Braves reconstructed their outfield from scratch. So the Mets got Baez, and true to what they said, they considered clubhouse chemistry when making the move.

But the interesting part of the daytime hours was the trade that didn’t happen:

MLB Source: Mets and Twins were close on a deal for Kenta Maeda and Josh Donaldson going to New York.

Mets wanted more salary covered than Twins were willing to do and deal didn’t get done.#LGM #MNTWINS

The Mets wanted more money covered? What happened to Steve Cohen having more money than God? Did that 149.06 drop in the Dow Jones today force him to morph into Jeff Wilpon?

But then came the truly disturbing news of the day:

News: Jacob deGrom has suffered a setback — additional inflammation in his right arm. The Mets are shutting him down from throwing for two weeks, and he will require a ramp-up after that. September is now looking like a best-case scenario for deGrom's return.

Well isn’t that a fine lead-up to the debut of the black jerseys.

The Mets are wearing black tonight for Jacob deGrom's funeral.

The deGrom news coincided with not only the black jerseys, but the return and Mets debut of Carlos Carrasco from a torn hamstring. The intersection of events means that Carlos Carrasco immediately rises to the very, very top of most important Met list in the month of August. So of course, what do you think happens to the very first pitch of Cookie’s Mets career:

The good news is that after we were scared half to death, Coolie’s outing overall was quite nice for a debut coming off an injury: four innings, three hits, one walk, four strikeouts, and the lone run coming on the home run by Jonathan India, who wears number 6 as a reminder to all of us to thank God that we only see him six times a year.

But the painful part of the game, and it’s the part of the game that has seemed inevitable since 1990: the Mets not scoring after loading the bases with nobody out, came in the first inning. And it had started out so well, too. Brandon Nimmo singled, and the red hot Jeff McNeil doubled down the line to tie the game 1-1. Pete Alonso walked and Dom Smith hit a single to load the bases with nobody out. As has become rote with me in these situations, I uttered the words “how are we going to screw this one up?”

How about Michael Conforto swinging at two curve balls and looking at a sinker inside to strike out, and then Jonathan Villar grounding into a double play on another curve ball to end the inning? You knew … you absolutely knew at that point that the Mets had just wasted the best chance that they were going to have.

(Editor’s note: In 71 lifetime plate appearances with the bases loaded, Javy Baez is batting ,297 with 6 home runs and an OPS of .905 with only 16 strikeouts.)

Sure enough, the Mets only got two more hits off Sonny Gray in his remaining five innings of work while the Reds touched up Miguel Castro in the 5th on an RBI single by Jesse Winker, and Drew Smith in the 6th on Joey Votto’s solo home run … his 7th straight game with a home run … to make the score 3-1. The Mets had another chance in the 8th with runners on first and second with one out, but McNeil popped out and Alonso hit one hard down the line but that’s exactly where the Reds’ analytics was telling Eugenio Suarex to play. 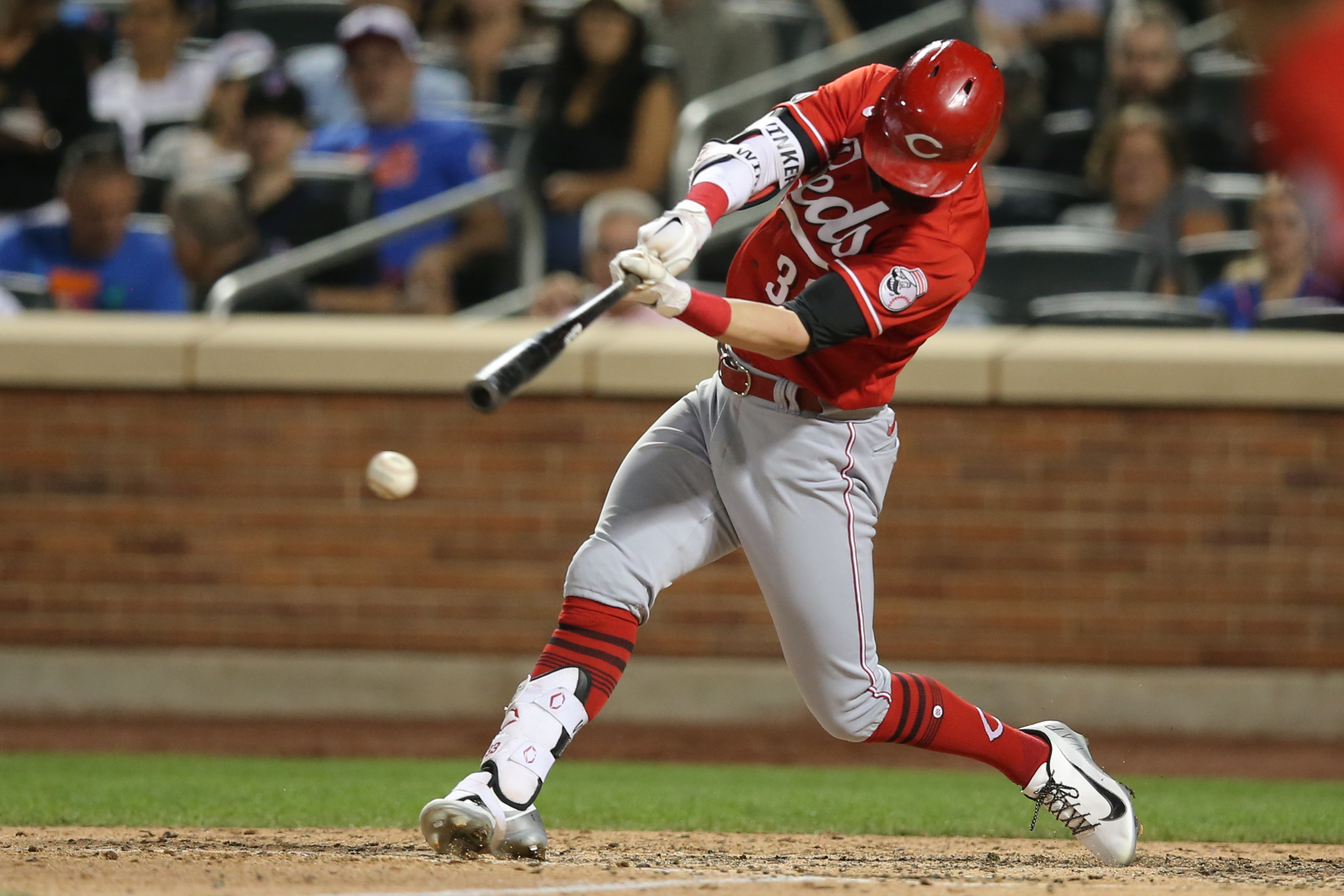 In the 9th, with lefty Anthony Banda working his second inning, he gave up a single, a double, and a sac fly (on a great catch by Brandon Nimmo but we’ll get to that later) to make it 4-1. Now one would think that with Banda facing his requisite three batters in the inning with two of them getting hits and coming perilously close to a third, that he wouldn’t have been allowed to face the right handed Met killer India. But either the Mets had it in their minds to ride Banda to save the rest of the pen with a three run deficit, or the other option which is a simple “what the hell do I know.”

Well I know you don’t want India facing your 7th option out of the pen who happens to be a lefty when India is batting .366 against lefties. And now Luis Rojas knows it, as India went deep to make it 6-1. The Mets almost got the tying run to the plate against Amir Garrett, who obviously was told when he took the mound that Baez is a Met now. But Garrett got James McCann swinging with the tying run on deck to end the game. But it wasn’t the dark note that ended the night.

Goodness, another injury for the Mets. Brandon Nimmo felt a "pinch" in his hamstring on his diving catch in center field in the ninth inning today, per Luis Rojas. He's day-to-day. "As of now, it's something really, really small."

To be confirmed: Brandon Nimmo has no hamstring.

Our hearts … back in black.