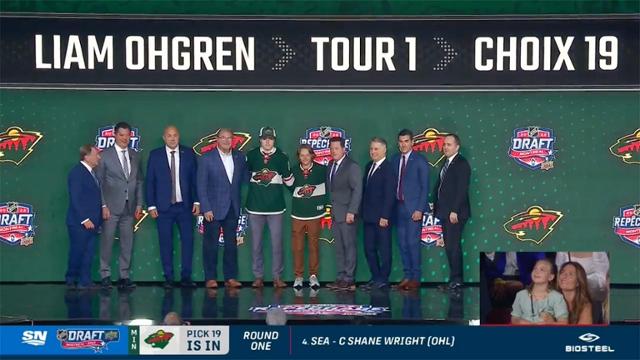 Movie lines are great pop culture reference points, because they can convey a feeling in an instant.  “Very pretty general, but can they fight?” is a line from the classic World War II film, the Dirty Dozen.  Fighting will probably not be a part of the team’s near future but watching them be put through their paces will be.

Recently drafted players will join Minnesota’s other prospects at prospect camp this week.  For team brass and for fans this will be their first look at some of these players.  Players have been separated into two teams led by more senior prospects in Adam Beckman and Marco Rossi who will serve as team captains.  Camp will start on Tuesday and close on Thursday with a 3-on-3 tournament.

Practices will run by the Iowa Wild coaching staff as well as Wild Player development personnel.  Daily skating, strength and conditioning sessions as well as media training and nutrition education sessions are all a part of the busy schedule for these young players.  Fans can attend portions of their on-ice practices on Tuesday and Wednesday held at Tria Rink in St. Paul and while the cost is free, people must be registered ahead of time.

I have listed both teams and linked all of the players to their Eliteprospects page, and those who are camp invitees have an asterisk. 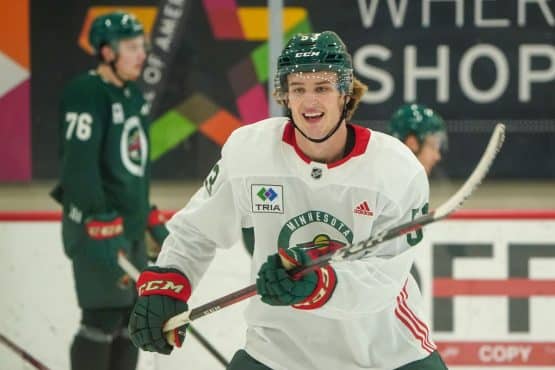 One player who will not be at this year’s camp is skilled, right winger Pavel Novak.  Novak made a press release through the team that he had to suspend training this offseason on the advice of his Oncologist.  For those of you who don’t know what an Oncologist is, they are a cancer doctor.  We wish him all of the best in his recovery.

By most accounts, the Minnesota Wild did very well at the 2022 NHL Entry Draft, earning a B+ grade from the Athletic‘s Cory Pronman.  All of Minnesota’s draft selections from 2022 other than Danila Yurov will be at the prospect camp.

If you attend practice or the 3-on-3 tournament, keep a close eye on some of the goaltending invitees at this year’s camp.  While Jesper Wallstedt is a big part of the Minnesota Wild’s future plans, I think goaltending is an area where the organization lacks depth.  So if Hobie Hedquist, Thomas Milic or Kyle McClellan are reading this, do what you can to impress as it may earn you a contract offer.  Milic, despite being one of he shorter goaltenders in the Western Hockey League was one of the best and helped carry the Thunderbirds to the WHL finals.

Brock Faber should be familiar to many fans for his play with the University of Minnesota, but now we will see how he stacks up to the other Wild defenseman for the first time.  Faber has been a standout with the Golden Gophers and Team USA in the Olympics, I am very intrigued to see how he compares to Carson Lambos or Ryan O’Rourke.

Rossi will probably attract the most eyes because the team’s future plans seem to ride on his shoulders.  Is he ready to make the jump to the NHL after a decent season in Iowa?  Will he look more like the high-energy, 200-foot player who impressed with his combination of work ethic and skill or will he appear like the passive player he was with Iowa at certain points last season?

Liam Ohgren, the Wild’s 1st selection in this year’s draft will also draw a lot of attention from fans.  I would imagine he will put on a clinic in the strength and conditioning parts of camp as he is said to be in superb shape as his father is a strength and conditioning guru who’s clients include Gabriel Landeskog and Nicklas Backstrom.  How will he look out there on a line with Marco Rossi?

Another camp invitee, Roseau’s Max Strand, who is going to be attending Vermont this fall is another player whom I am interested to see how well he does.  He had 36 goals and 78 points in 27 games for the Roseau Rams this year.  It never ceases to amaze me how a rural community in Northern Minnesota that isn’t next to any large city continues to produce top level talent year after year.

Either way, the camp should serve as pleasant distraction to the disconcerting news about Kirill Kaprizov‘s ongoing situation.

What player(s) intrigue you at the 2022 Minnesota Wild Development Camp?  Tell us on Twitter at @CreaseAndAssist!