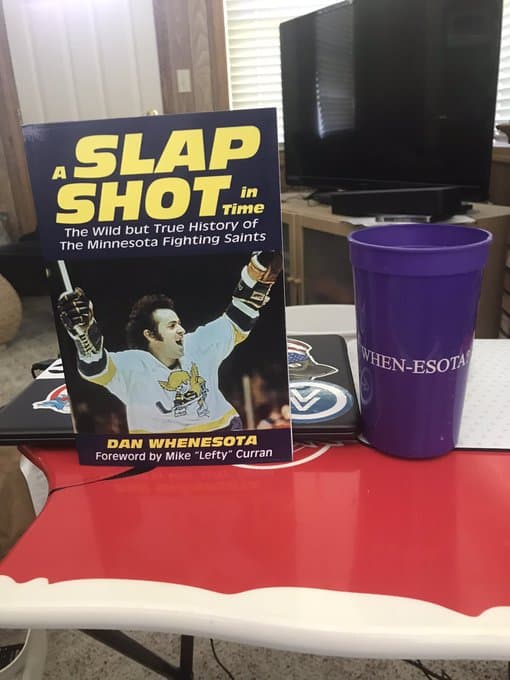 Robert F. Kennedy once said, “Only those who dare to fail greatly can achieve greatly.”  Founded in 1971 by Dennis Murphy and Gary Davidson, the World Hockey Association was an upstart challenger to the National Hockey League’s dominance of professional hockey in North America.  Twelve teams made up the original clubs of this new league, which included the Minnesota Fighting Saints which played at the newly built St. Paul Civic Center (current site of the Xcel Energy Center) and it’s unique clear boards.

Bold and brash, the new league was the first to offer a contract that would pay players multi-million contracts to play when it lured away Chicago Blackhawks superstar Bobby Hull to play for the Winnipeg Jets and the Boston Bruins’ Derek Sanderson to play for the Philadelphia Blazers.

In a day and age when there was no CapFriendly, players had no idea how much or how little their teammates were making it perhaps paved the way for our modern day understanding of professional contracts.  Even though the NHL may not care to admit it, the WHA forced them expand their league to non traditional hockey markets like San Diego and Birmingham, Alabama.  The league itself may have failed, but it certainly helped advance professional hockey and even gave the NHL a few teams in the Winnipeg Jets, Edmonton Oilers, Quebec Nordiques and the Hartford Whalers.

And it all began in Minnesota.

Dan Gaisbauer, known as Dan Whenesota (@Whenesota on Twitter), an author who had a best selling book called History of Heartbreak: a 100 events that tortured Minnesota sports fans decided to write about the state’s WHA team when he realized very few books had been written about the subject.

Thus, A Slap Shot in Time: the wild but true history of the Minnesota Fighting Saints was born.  Their existence was brief but eventful and the personalities on the club were just as colorful and brash as the WHA itself.  From their General Manager, Glen Sonmor to their feisty coach Harry Neale the Fighting Saints fought as hard on the ice as their management fought in disputes off the ice keep the team afloat.

The book does a terrific job of encapsulating each of the Fighting Saints’ 5 seasons, taking note of important games and events both on and off the ice.  As mercurial as the team was, worthy of its ‘fighting’ moniker, they played an exciting brand of hockey that embraced speed as much as they did toughness.

Perhaps it was this blend of off-ice drama, colorful on-ice personalities that helped inspire Ned and Nancy Dowd to write the screen play for the cult classic hockey movie Slap Shot.  The film’s story has been told before by people like Dave Hanson in his book Slap Shot Original: the Man, the Foil and the Legend, but this time you get to read about the team that inspired so much of it.

No matter what, the story of the Fighting Saints deserved to be told and now they get their chance to shine a bit after being kind of a forgotten chapter of Minnesota hockey history.  Fun facts help break up the linear narrative of the Fighting Saints’ story, and give you additional nuggets of information to add flavor to the content.  But like the fictional Charlestown Chiefs, the Minnesota Fighting Saints played their hearts out until the very end when the franchise finally folded for good in 1977.

Like a lot of you who may be reading this, I wasn’t alive when the Minnesota Fighting Saints played.  The team had folded before I was born but I had heard stories about them.  My dad remembers telling me that going to games at the St. Paul Civic Center, where the tickets and the beer were fairly cheap meant that there were as nearly as many fights in the stands as their were on the ice. 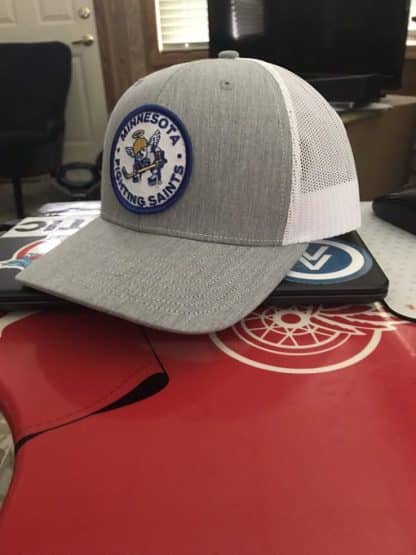 Just in case you are looking for something to do and if you want to meet some of those responsible for the book including the author Dan Whenesota, Mike “Lefty” Curran and NHL.com writer and Bardown Beaut Jessi Pierce to name a few as they celebrate the history behind the Minnesota Fighting Saints, there is a book release party being held at Tom Reid’s Hockey City Pub in St. Paul on Saturday, August 20th from noon to 4PM Central Time. 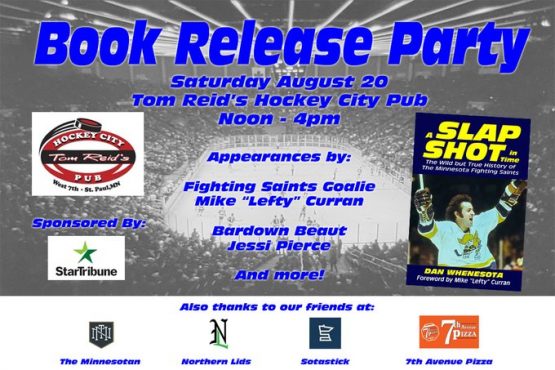 If you were old enough to remember the Minnesota Fighting Saints or went to their games what were your memories of them?  Tell us on Twitter at @CreaseAndAssist!