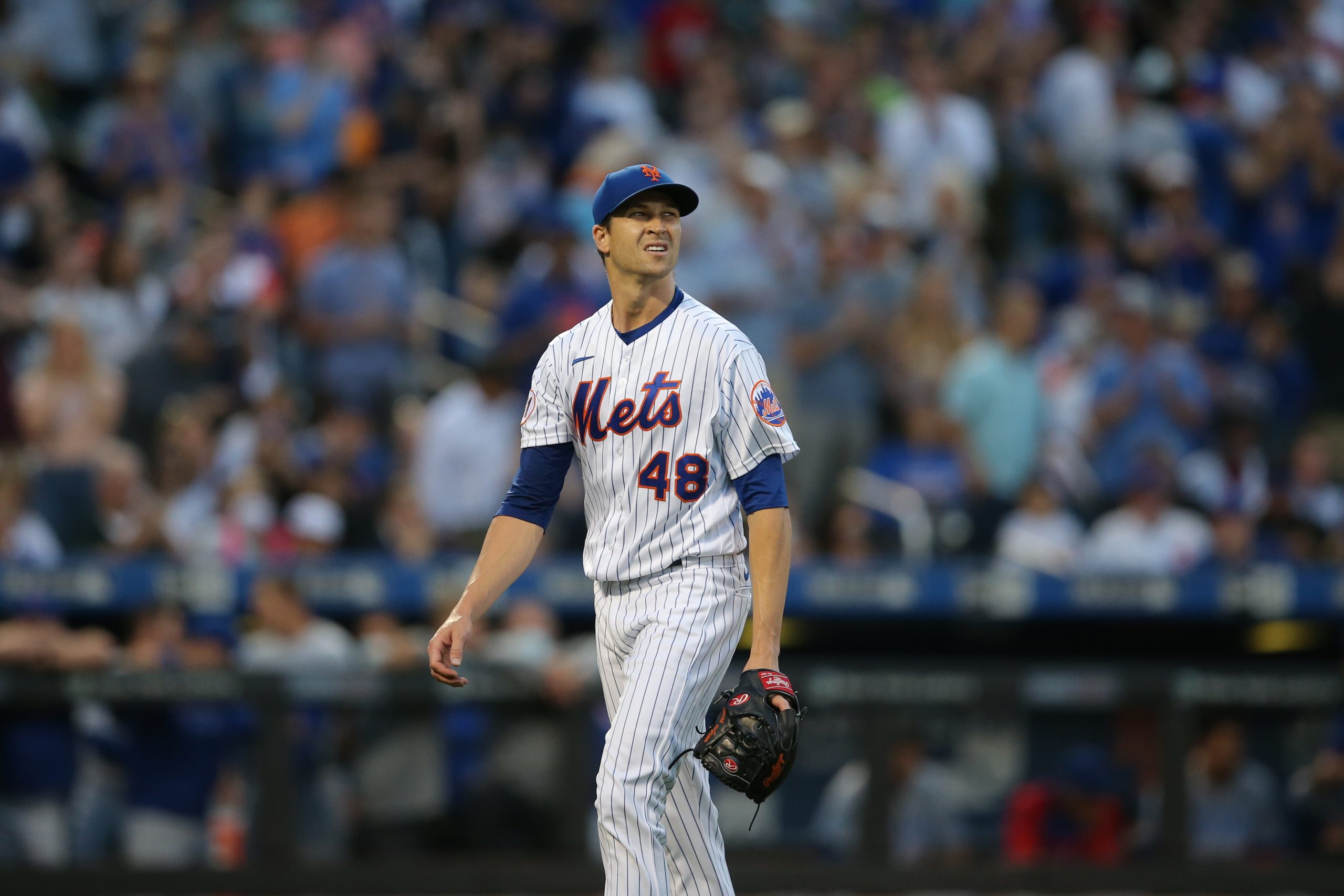 The soft portion of the schedule hasn’t been so soft for the New York Mets (89-53), who have gone just 5-5 over their first 10 games against mediocre competition. Last night’s 5-2 loss to the Chicago Cubs (59-82) saw the Mets leave a small village on the basepaths and fail to capitalize on an opportunity to gain a game in the National League East after the Atlanta Braves lost to the San Francisco Giants. The Mets will look to bounce back and even their series with the Cubs tonight. First pitch for the middle game of this series is scheduled for 7:10 p.m. at Citi Field.

Right-hander Jacob deGrom (5-1, 1.66 ERA) is set to take the mound for the Mets today. deGrom earned his fifth win of the season in his last start, allowing just three hits and striking out eight over seven shutout innings against the Pittsburgh Pirates last Wednesday. The Cubs will counter with young righty Adrian Sampson (1-5, 3.76 ERA). Sampson pitched well in his last outing, allowing just one run in six innings against the Cincinnati Reds last Thursday, but was not a factor in the decision of a game the Cubs went on to lose 4-3.

Sampson faced the Mets in Chicago on July 17, allowing just two runs in 5.1 innings of work, but wasn’t a factor in the decision in a game the Cubs went on to win 3-2.

Luis Guillorme will make his first start since August 14th after missing nearly a month with an oblique injury. Guillorme will start at second base and bat eighth, allowing Jeff McNeil to slide to right field and hit third.

The Mets’ magic number to clinch a playoff berth remains at eight.

The Mets’ magic number to clinch the National League East is currently at 20.