At Their Own Game 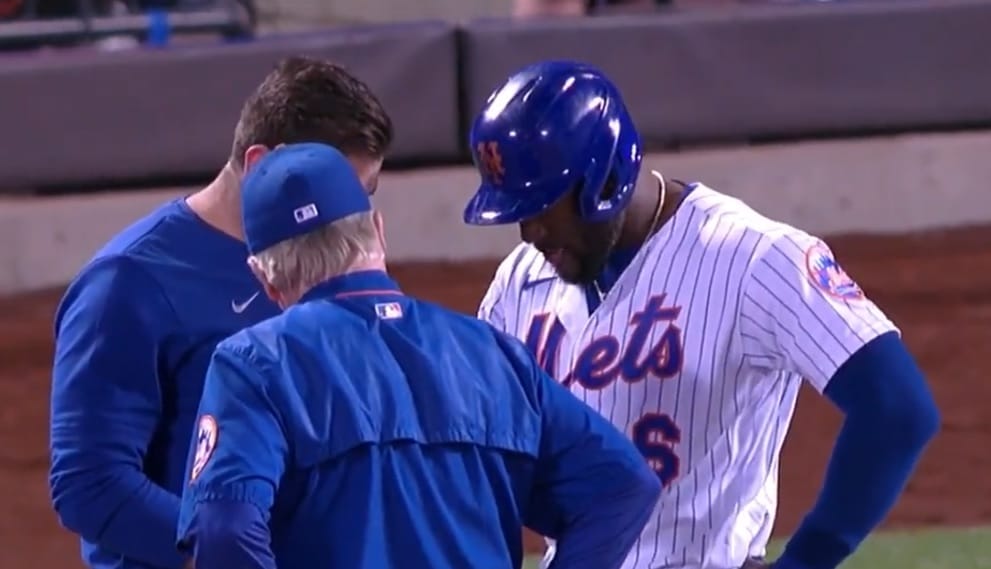 The Mets got got by many of the hallmarks that have defined their success their season. The Brewers scored two first inning runs off of David Peterson, which is something the Mets usually do to teams.

But the Mets had a chance to climb back in. Jeff McNeil smacked a home run off Corbin Burnes in the 4th to make it 3-1, immediately after the Brewers had extended their lead. It’s something the Mets had done all year. But in the top of the 5th, the Brewers bounced it right back at the Mets. Jake Reed was mopping up for Peterson, who was pulled after giving up a single to Willy Adames. Reed got Andrew McCutchen to fly out, walked Hunter Renfroe, and then struck out Luis Urias. But Reed then hit Keston Huira to load the bases, and then he lost Victor Caratini who walked home a run to make it 4-1. Then all hell broke loose.

Lorenzo Cain hit one to Francisco Lindor, who tried a glove shovel to second but was unsuccessful, and it was 5-1. Jace Peterson then doubled to score two runs to make it 7-1. Buck then replaced Reed with Trevor Williams. After intentionally walking Christian Yelich, Adames drove home two with a single, then McCutchen drove home Yelich with a single of his own to make it 10-1. (That was his revenge for me forgetting that he was a Brewer.)

The Mets tried to comeback in the 6th as Jeff McNeil drove home a run with a two out single, but down by eight runs, he tried to stretch it to a double and he was thrown out by a few steps. But the big development in that inning was Burnes hitting Starling Marte in the wrist/forearm area. Losing 10-1, the Mets took no chances and pulled him from the game. Marte is a key piece for this team and his health is of paramount importance. But I’m wondering why Burnes would take any sort of chance throwing a running fastball when Yoan Lopez was called up today and you know that the designated revenge guy is just licking his chops wanting another piece of flesh for his mantle.

(By the way: they’re not booing you, Corbin. They’re chanting Boooooo-urnes.)

X-rays on Starling Marte's hand/wrist were negative. He suffered a contusion only and is day-to-day.

They also had two runners on in the 7th but that didn’t turn into anything either. Look, Burnes vs. Peterson wasn’t really a matchup that the Mets had a huge chance to win. Their only hope would have been Peterson giving them six strong and keeping them in the game, which he didn’t. The Mets are still on track for my hope of 11-11 to finish out the month. At 6-6 with one more against Milwaukee, four against Miami (with Sunday’s game a horror show as the Mets have to face Sandy Alcantara), two Houston, three in Miami, and two more against Houston at home, 5-5 the rest of the way is more than reasonable. So there’s your look forward at the rest of the month as I’m just happy to have given you 500 words on a 10-2 loss.

Also, thanks Washington Nationals. For nothing.