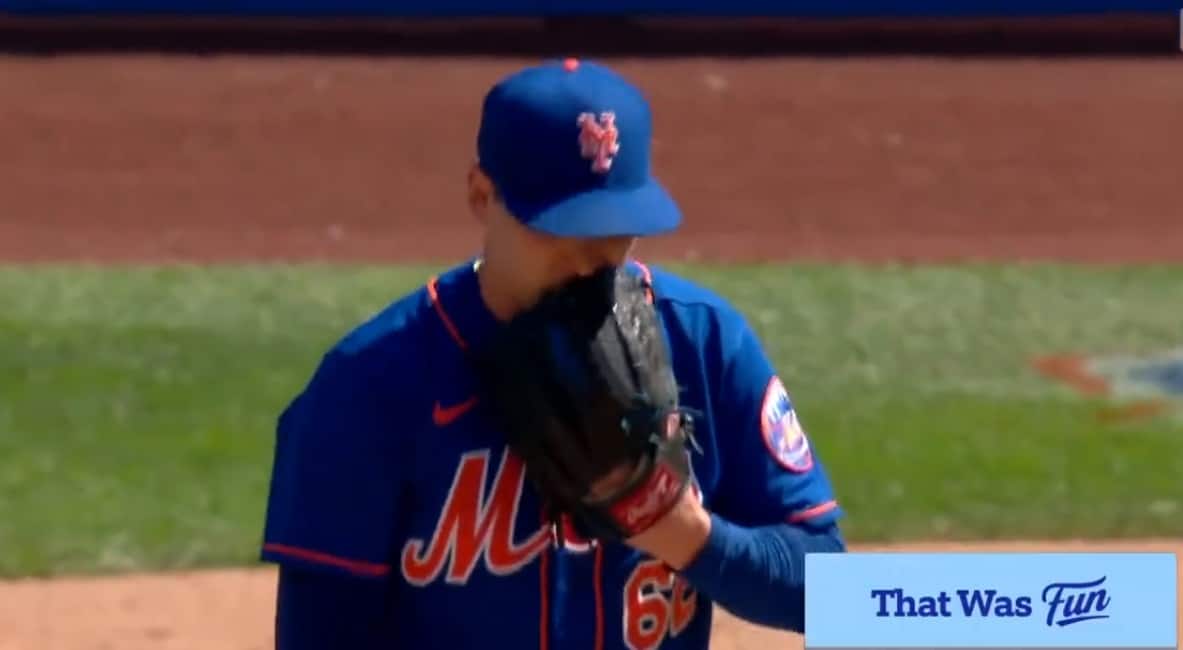 The one thing I didn’t count was for my comparison to come to life in real time, as their 8th inning reliever gave up a two run homer to the other team’s catcher in the 9th inning to lose a game. Oh, and the final out being a strike out looking. Sound familiar? Once again, thank goodness this happened in June and not October.

The Mets 2-0 loss to the Astros on Wednesday afternoon was a crusher … even more so than yesterday’s 9-1 loss which, admittedly, I took an angry tone with but that was more for entertainment purposes. This one was tough to take, as Taijuan Walker matched zeroes with Justin Verlander for 7 and 1/3, while Edwin Diaz navigated the heart of the order to finish off the 8th only to have Jason Castro, hitting .095 coming in, hit the dinger to win if off of Smith. As much as it was a 2006 reminder, a lefty catcher who couldn’t hit win/tie a game? Mike Scioscia, anyone?

This loss, combined with bits and pieces of the other three losses to the Astros, are almost a blessing in disguise. I don’t want to sugar coat it, and I realize that the Mets having such a good record has me giving them the benefit of the doubt, a lot. But let’s face it: If the Mets had won late today, it wouldn’t have told you any more about the Astros losing a game without two of their best players after a nasty collision in the outfield (more on that later), than the loss by the Mets when they had Trevor Williams starting instead of Max Scherzer told us about the Mets. I will say that these losses show how far the Mets need to go to get to the upper echelon of World Series contenders.

And I don’t think it’s all that far. But Smith giving up a dinger in the ninth (when he’s off, dingers are his fatal flaw) really does focus in on the need for another reliever or two. Chasen Shreve’s recent meltdowns focuses for the need on a lefty, and Smith being slightly inconsistent (let’s be fair, Smith has been very good most of the year), focuses on the need/want for an 8th inning bedrock to get the ball to Edwin Diaz for the 9th. Not that this mythical pitcher is going to replace the Smiths, the Seth Lugos, or the Trevor Mays in the ‘pen (May coming back healthy and on point would be a huge boost for this team), but to enhance all of the above and add to the options so that there doesn’t have to be a “mop-up” pitcher, who you hope you wouldn’t need come playoff time anyway.

Also, I would expect the Mets to look at a masher for the DH spot. The Mets had two hits today against Verlander … one of them was in the first inning, and the other started in foul territory went 30 feet. No shame in having Justin Verlander do that to you. But guess who the Mets would face in the playoffs … a lot of Justin Verlanders. A big bat lengthens the lineup and gives opposing pitchers less soft landings. While it isn’t the top priority, all priorities have some sort of importance when you want to be the best of the best. They’re a good team now. But to be the best, there are things they have to do. The good news is that this front office combined with an owner who is on board with making the “baseball decision” will ensure that they will at least try their very best to do so without busting up what they have in the farm.

So first, home plate ump Chris Siegal on the final strike of the game. 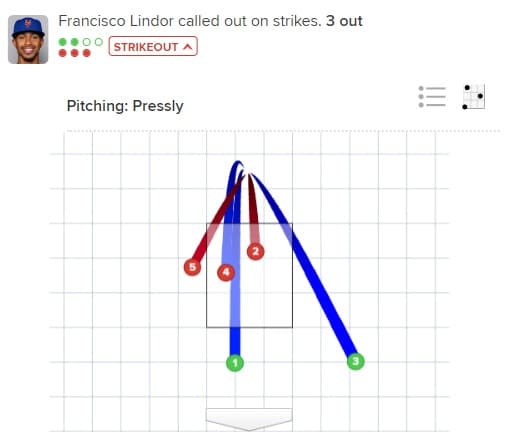 Also, this happened in the bottom of the 8th

A scary collision in left field between Jeremy Peña and Yordan Álvarez as they tracked down a Dom Smith pop up.

Álvarez was carted off and Peña departed the game. pic.twitter.com/DjNRnFiNI3

First and foremost, hope both are okay and take all the time they need, since that collision had concussions written all over it. Second, whenever I see a collision like that, my mind flashes back to 1987, where this happened:

I was at this game. (It was Doc’s first game of the 1987 season after his drug suspension.) I thought one of them was dead. Amazingly, not only did Mookie make that catch, but both Lenny and Mookie were not only alive, but stayed in the game and didn’t miss an inning. I could hear the “baseball purists” say things like “that was when men played baseball.” (Go ahead and search those words on Twitter.) But it prompted me to check their stats from that game forward. Just to see of maybe perhaps that collision affected them in any way. While there’s no smoking gun, I will say that Lenny Dykstra had a .970 OPS going into that June 5th game, and a .734 OPS afterwards. Mookie Wilson? A .977 OPS going into that game, and a .741 OPS from June 5th on. Maybe that’s attributed to the rigors of a long season, but for those who say “well players were tougher back then”, I would respond that maybe players like Dykstra and Wilson could have used a few days off after that, and thank goodness we know more now than we did then.

Here’s hoping that Yordan Alvarez and Jeremy Pena take whatever time they need to get back.