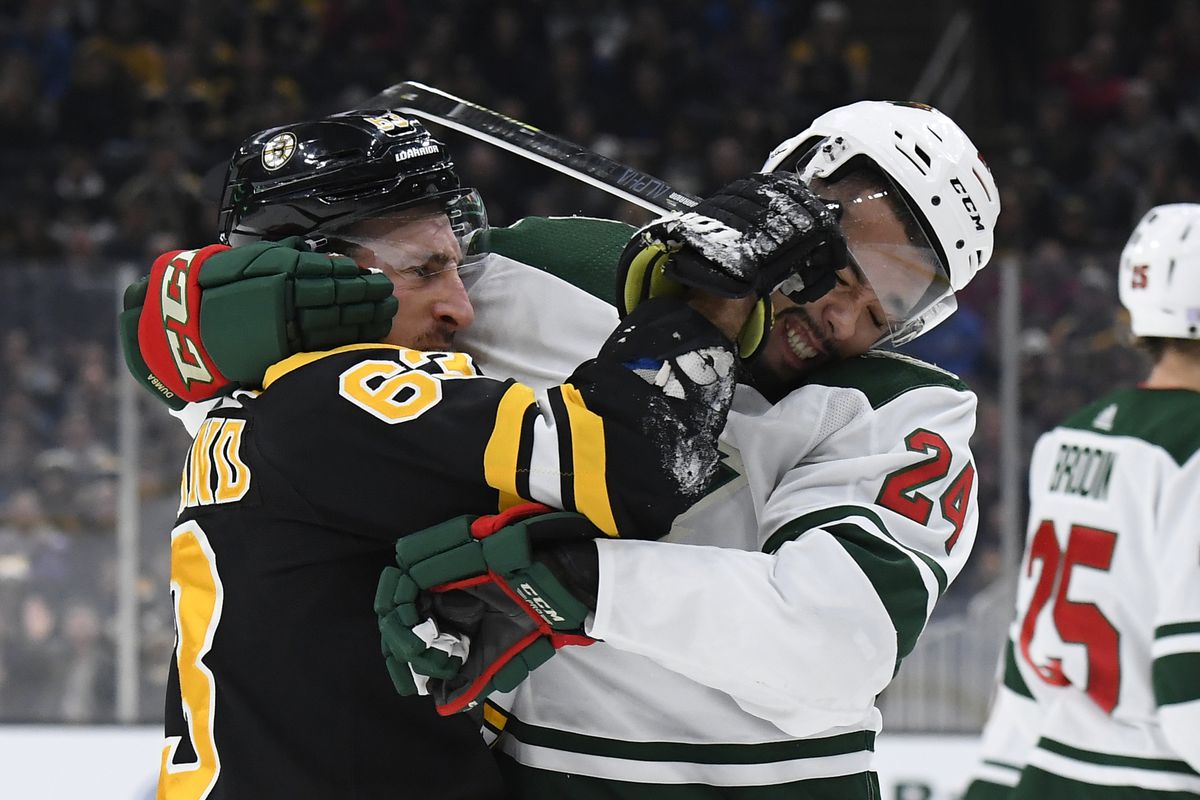 I don’t know about you, but there are certain teams that create strong feelings of déjà vu. It can be a number of things that create these feelings. Firstly, it could be their record or talk of playoff possibilities. Secondly, it can be the roster. Thirdly, it can be a history with a team or the number of games played. I think fans in any sport have experienced these feeling from time to time. However, with the Boston Bruins, they are a team that (annoying) create these strong feelings. And no matter what I do, these feelings just seem to get stronger and stronger over the years. So let’s take a look at why Boston does this to me.

When it comes to team history, this one can be a bit more subjective. For long time Minnesota hockey fans, you know what I’m talking about, and I’m not just talking NHL hockey. If you’re a longtime collegiate hockey fan, you are well aware of the history between college teams from Minnesota and Massachusetts. This was touched on in the movie Miracle, and there’s definitely tradition and history involved. While the history between the Minnesota Wild and the Boston Bruins doesn’t have the same longevity or bad blood as college hockey, there still is some. For you younger (and I don’t mean just age here) Wild fans, I don’t think you realize, that in the early days of the Wild, the Bruins were a win you could almost depend on. But those days sadly are no more.

Now, let’s turn to rosters. I feel like it’s been an absolute age since we haven’t had to type the names David Pastrnak, Brad Marchand, and Patrice Bergeron in the stats. And this is not just for followers of the Minnesota Wild. I can pretty much guarantee that non-Bruins fans wish those were three names they didn’t have to encounter all on one team. Even in a “down” year, those three find a way to regularly find themselves on the box score. Not only do we see their names over and over again, but we are continually faced with the question “how do we neutralize them?”  And with them making themselves at home on Boston’s top two forward lines, they make themselves known game after game.

While they’re not sitting at the top of their division like they have in years past, the Boston Bruins are still very much in the playoff picture. When you look at the standings, you might think “oh this is a down year for the Bruins.” However, that would be a very shortsighted take on this team. While they might not be quite as potent as they have been in recent years, their spot in the standings is deceiving. Why you ask? I don’t know about you, but if you were in a division with Florida, Tampa Bay, and Toronto, it would be considered a “win” for be in fourth place in your division. Although, one could easily argue that for both Boston and the Washington Capitals, it’s a bit off-kilter to be the teams in the Wild Card spots as opposed to a divisional playoff spot.

However, with all the feelings of familiarity with the Bruins, there are some areas where I feel a bit like a stranger in a strange land. While we all know names like Pastrnak, Marchand, and Bergeron, I feel like goaltending is a bit of new look. I know for myself, I had become so used to having to face Tuukka Rask, but that chapter has ended for the Bruins. Right now, Boston is sporting a decent tandem in Jeremy Swayman and Linus Ullmark. Head coach Bruce Cassidy appears to keep both in an equal rotation, which shows in their almost identical records. The edge in goaltending stats goes to Swayman, as he has the better Goals Against Average and Save Percentage. Since Ullmark got the start, and win, last night in Chicago, I believe that Swayman gets the start tonight.

While the goaltenders are making the stops needed, it also helps that they’re getting the support in front of them. Overall team scoring for the Bruins is not as explosive as it has been in recent year, but that’s balanced out by preventing goals overall. Boston currently boasts the sixth best goals against per league. Strong goaltending and team defense are a powerful combination, and sadly this is not one that the Wild can claim right now. Neither Cam Talbot nor Kaapo Kahkonen seem to be able to stop much of anything right now. Then when you combine that with what feels like unfocused, out of position skaters, it feels like every low-percentage shot is going in net.

However, no where does that feel more evident than Minnesota’s penalty kill. Right now, it feels about as effective as wet, single-ply toilet paper. It’s depressing enough to see it’s one of the worst in the league overall, but it’s even worse when you look at it in recent games. When you combine its ineffectiveness with the fact that Minnesota takes the fifth most penalties in the league, it’s no wonder that opponents can pretty much guarantee to pad or improve their power play. It’s bad enough when bad power plays can easily find goals, but when facing highly effective power plays like Boston’s, it’s pretty much a forgone conclusion.

Tonight is the second meeting against Boston this season. While the Wild are in a definite slump right now, it we were to hop aboard the Wayback Machine, there’s a bit of hope. The last time Minnesota played the Bruins, it was about a week after the embarrassing Winter Classic Game. That game played in Boston marked the beginning of a positive change in fortunes for Minnesota. But even in that change of fortunes, there were still some concerns popping up, such as the losses in Winnipeg. I don’t know about you, but anything that jumpstarts the Wild back into a bunch of consecutive wins can be seen as a positive.

However, there are a bunch of things that are now working against Minnesota. First, the Wild are for the first time this season in a Wild Card position. For the entire season up until now, they have been in possession of one of the divisional playoff spots. That right there should serve as a wakeup call, so let’s hope it does. But possibly what might work in their favor, is it seems that Kirill Kaprizov is pissed off. According to the talented forward, it’s up to every player to find a way to turn things around. In fact, it seems like he went to coaching staff and asked what he can do. For as talented as he is, I can’t tell you how nice it is to see that kind of humbleness and realization that he too needs to improve.

And maybe, just maybe with the arrival of Tyson Jost in the trade with Colorado, we’ll see an improvement in the penalty kill. Jost is expected to make his Wild debut tonight. While I’d like to be optimistic that his presence will change things, even I know it’s going to take a few games to see if he really fits with this team. Although it’s not like the penalty kill can get too much worse than it already is. Sure there are eight teams with worse penalty kills than Minnesota, but at this point, bad is just bad. And perhaps, just a new face will remind this team that all are replaceable. Sure it’s harder with the no-trade/no-movement clauses, but there are ways.

If I’m going to suffer from déjà vu tonight, I’d prefer those moments from earlier this season. You know, when it felt like this team was invincible. And combine that, with a little bit of Minnesota-Boston games from the past, where it was an almost guaranteed win. All I ask is that we don’t get the moments of déjà vu when the penalty kill spells doom and I might as well not even really watch the game. 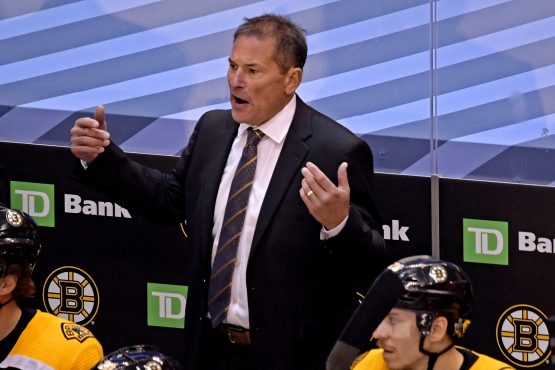 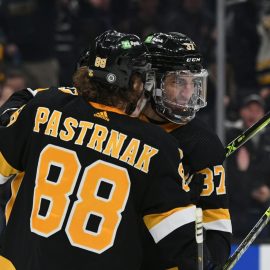 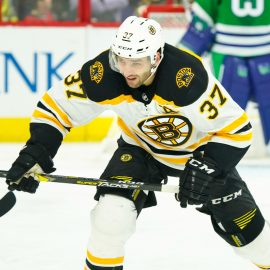