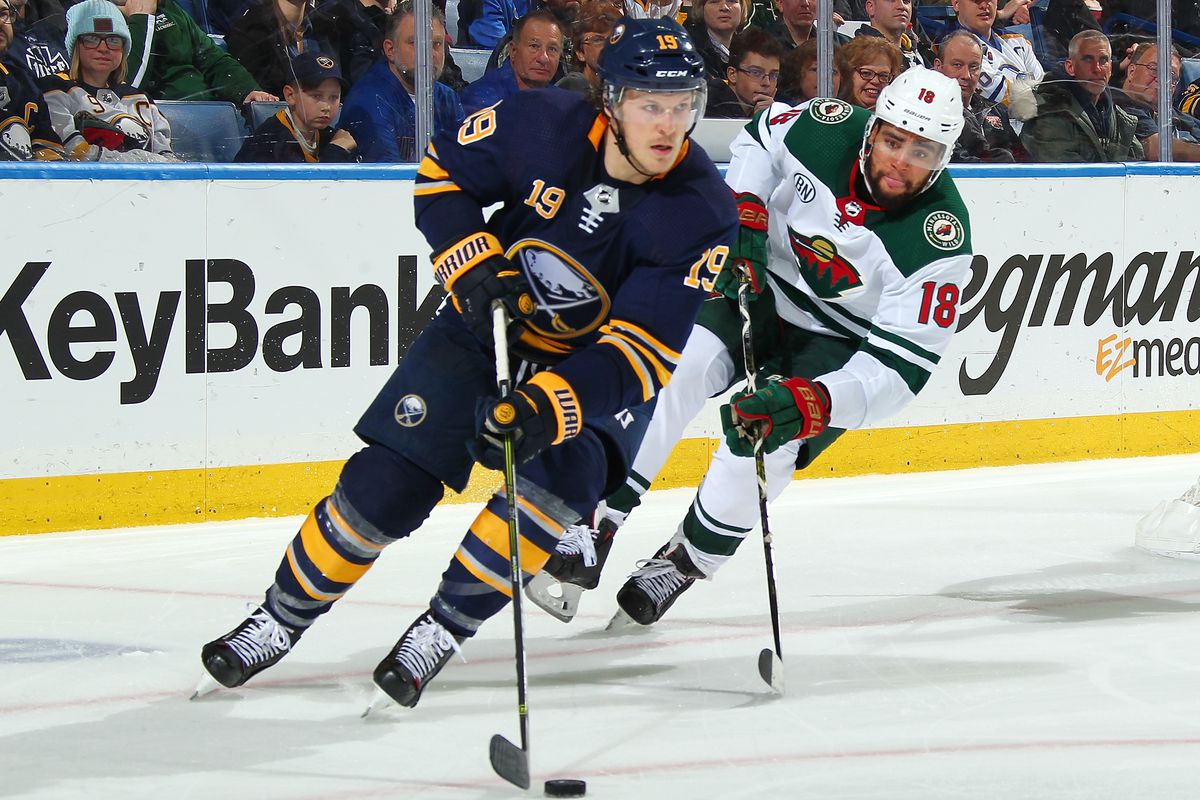 I don’t know about you, but there was little I was excited about during last night’s game. In fact, when goals were scored, my cheering was much like the classic animation for Monty Python and the Holy Grail. Heck, even when Minnesota got the go ahead goal, I still was not excited. The fact that it took five goals to beat Philadelphia should serve as a cautionary tale to Wild fans everywhere. And then to add insult to injury, it was Minnesota that had to keep fighting back to get into the game. I’m sorry, but you’re playing the Philadelphia Flyers, it should be the other way around. I guess if there was one positive, it’s at least the game was won in regulation. That counts for something, does it not?

And now tonight, the Minnesota Wild get to play the second of a back-to-back situation, and it’s against a team that is also a must and should win. However, if I were the Buffalo Sabres, I’d be looking at last night’s scores and be thinking “this might be a game we can steal.” As I sort of mentioned in yesterday’s preview, the Sabres won in a decided matter in Toronto on Wednesday night. Minnesota was unable to beat the Maple Leafs, so Buffalo has to be liking their chances. And let’s face it, when you’re having a down season, it can be fun to play the spoiler.

If you’re looking to find a spoiler, you need to look no further than a former member of the Minnesota Wild. While he’s not in Buffalo’s Top 5 when it comes to scoring, Alex Tuch has been a point-per-game player since his return from injury. In the 23 games since his return, he scored 7 goals and 16 assist for 23 points. I don’t know about you, but that cannot be ignored. Also working in his favor, is his opponent tonight. While drafted by the Minnesota Wild, he only played six games and registered no points. He was traded to Vegas as a bid to save other players in the 2017 Expansion Draft. That trade seems to have put a bit of a chip on his shoulder, and he’s always played well against the team that drafted him.

There are a couple of other names on the Sabres roster, that definitely made me think. So as I’m typing up the stats, of course I see Jeff Skinner. When he was drafted by the Carolina Hurricanes in 2010, just four years after the first and only Stanley Cup by that franchise. He probably thought “oh they did it so recently, that it’s bound to happen again.” However in the eight seasons Skinner played with Carolina, they never got close. To add insult to injury, the Hurricanes never made the post-season during Skinner’s tenure. Yet, I think Carolina applied a lot of pressure on the young skilled player, but when you don’t have the right supporting players, nothing came of that talent. Buffalo acquired Skinner for a bunch of nothing picks and prospects. Considering the season Carolina is having, I bet he wishes he was in Raleigh instead.

Another name that caught me off guard, was that of Kyle Okposo. As a Minnesotan, I have to admit that I forget that he’s still playing in the National Hockey League. For a guy drafted in 2006 by the Islanders, and who has spent only parts of two seasons in the minors, he’s had a great career. His 14 goals and 17 assists has him in the Top 5 for Sabres scorers, and landed him on the second line. He’s not flashy, but he gets the job done. I wonder though, if the Wild played in the East or Buffalo in the West, would I be more aware that Okposo was still playing. For a former University of Minnesota star, I’m surprised that I often forget he’s still playing.

If you remember from yesterday’s preview, we looked at the last ten game records for both Minnesota and Philadelphia. That still applies for tonight’s opponent as well. The Sabres currently boast a 3-6-1 record in their last ten. Let us compare that now to Minnesota and their 4-6-0 record. Call me crazy all you want, but there’s not a lot of difference between the two. Then combine that with the fact that both teams boast a 1-game win streak, you might as well call them equal. The only places on paper Minnesota truly excels is in Goals For per Game and individual scoring number.

Last night I saw some lazy hockey by Minnesota. While the Wild took only three penalties the entire game, all were of the avoidable variety. Looking at the calls, all point to laziness: interference, too many men, and tripping. I’m not sure which annoyed me the most. I think the too many men call makes me the most frustrated. It’s the one call in hockey that doesn’t need to happen. Are there cases when the officials call things too closely? Sure. Yet they know when they can and cannot jump over the boards. At least they didn’t put the puck over the glass like Philadelphia did.

I need to see Minnesota come out much stronger than last night. Scoring early and often would go a long way to calming me down a bit. I worry that we get a repeat of last night, and that should have everyone concerned. 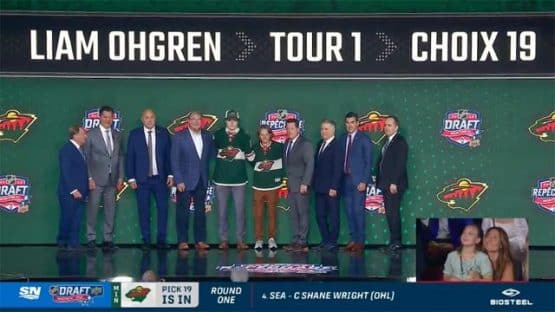