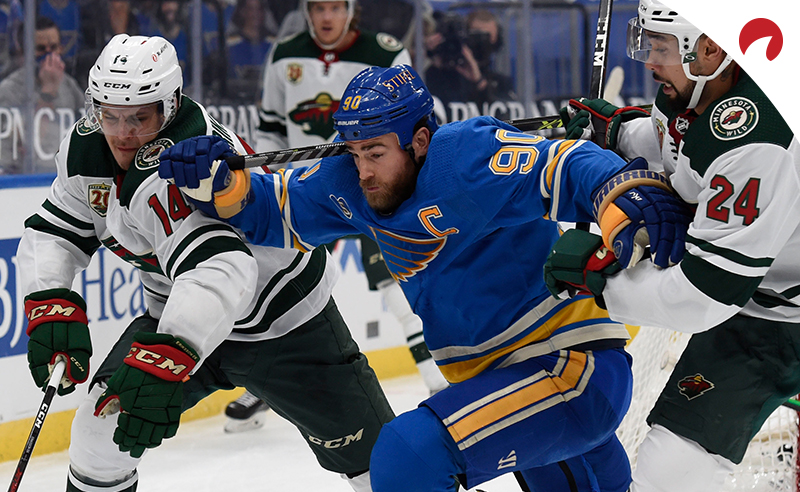 *- Denotes stats are a combination acquired with multiple teams this season

As a child, there were three movies that if they were on TV, we’d watch them. Now, none of these were of the Disney variety. No, these were movies clearly intended for adults, albeit they were edited for language. However, considering that this was the 1980s, and the cable lineup was rather minimal, it’s still amazing to me how often these three movies were on TV. The three movies in question were Blazing Saddles, The Blues Brothers, and as the movie clip shows, The Jerk. As you can see by the titles, none of these were intended for then 8-year-old me, but I still remember watching them with my dad. Of the three, probably the favorite in our house was The Jerk.

So now you’re probably wondering “what the heck does The Jerk have to do with hockey?” Well in the clip, Steven Martin’s character of Navin Johnson, learns that pretty much life is a “profit game.” However, it’s the line “step right up and win some crap” that makes me think of Tuesday’s game in Nashville. The Predators offered up crap to the Wild, and we fell for it, hook, line, and sinker. Looking at Nashville’s power play stats should have warned Minnesota that going to the penalty box was not a good idea, but they allowed themselves to be hoodwinked. Just because we have some more grit on the team, was no reason to fall for Nashville’s tricks.

I don’t know about you, but if you think that other teams didn’t take note of Tuesday’s game, I’m a bit concerned for your own cognitive abilities. The rest of the league is already well aware of Minnesota’s lackluster penalty kill, but now they’ve put a magnifying glass on the situation. By being allowed to be goaded into pointless fights, you’ve pretty much shouted “to get us away from our offensive game, just make us fight for no reason.” Tuesday night’s game was essentially lost once Michael McCarron and Jake Middleton dropped the gloves. As the classic Reddit phrase goes, “play stupid games, win stupid prizes.” And Minnesota did just that.

Tonight, I worry that we could see a repeat of Tuesday night. I don’t know about you, but I don’t even like to play the Saint Louis Blues even at the best of times. In season’s past, the Blues have used a physical game to keep the Wild out of the win column. While Minnesota appears to be able to handle the average bits of physicality in hockey, as Tuesday night proved, throw in a bunch of pointless fights and you can take Minnesota completely out of the game.  Saint Louis has a physical side to it no doubt, but their special teams are not something I care to test.

As crazy as this sounds, it looks like the Blues don’t take a lot of penalties. Even when they do take penalties, they’re able to kill them more often than not. I don’t know about you, but that’s a scary combo. What’s even scarier, is that they’re able to play their physical game, they do it in such a way that they’re not taking penalties. Even when they’re on what seems like a rare penalty kill, it’s going to be a challenge for Minnesota to take advantage of the extra skater. While Minnesota has been able to tally power play goals, I don’t see it happening much tonight.

If you thought the Blues’ penalty kill was something to contend with, we need to talk about their power play. Currently, they have the third best power play in the league. Last night,  Saint Louis played Seattle. The opening goal of the night, was a power play tally by Robert Thomas. That power play was the result of a double-minor for high-sticking by Seattle’s Jared McCann. While the Blues didn’t take full advantage of the double-minor, they still were able to get a goal during that man advantage.

If the Blues are smart, they will take a page out of Nashville’s playbook. The Predators looked to thug things up, and they were able to do so. I don’t know about you, but if you thought Mark Borowiecki was there to provide offense, you’d be wrong. The Predators could care less if he was sitting in the penalty box. However his fight took Marcus Foligno to the penalty box as well. While Borowiecki doesn’t bring much to the ice besides muscle, the same cannot be said about Foligno. Yes, Foligno has muscle, but he’s proven that he can score as well. So who does Saint Louis have to play the Borowiecki game? Well his name is Robert Bortuzzo.

What also has me concerned is a bit of a mental game. Tonight marks the first matchup against the Blues since the Winter Classic game. While I would like to say the Wild can focus on the game itself, I do worry about externals. There is the worry about will they focus on the rematch aspect, but fail to concentrate on the basics of hockey. There is the worry about the physical part of the game, while biting on every fight invitation. However, I have to keep myself from worrying too much.

While tonight ends the current road trip, I don’t know if that will get them out of the mental games. Just when things are going right, it doesn’t take much for Minnesota to take a wrong step. However, I want to hold on to the hope that the missteps they make teach them valuable lessons. There are teachable moments there, but what they learn from them is yet to be seen. Yes we can see the end of the season, but are they already looking too far ahead. Hopefully they don’t step up to win some crap.