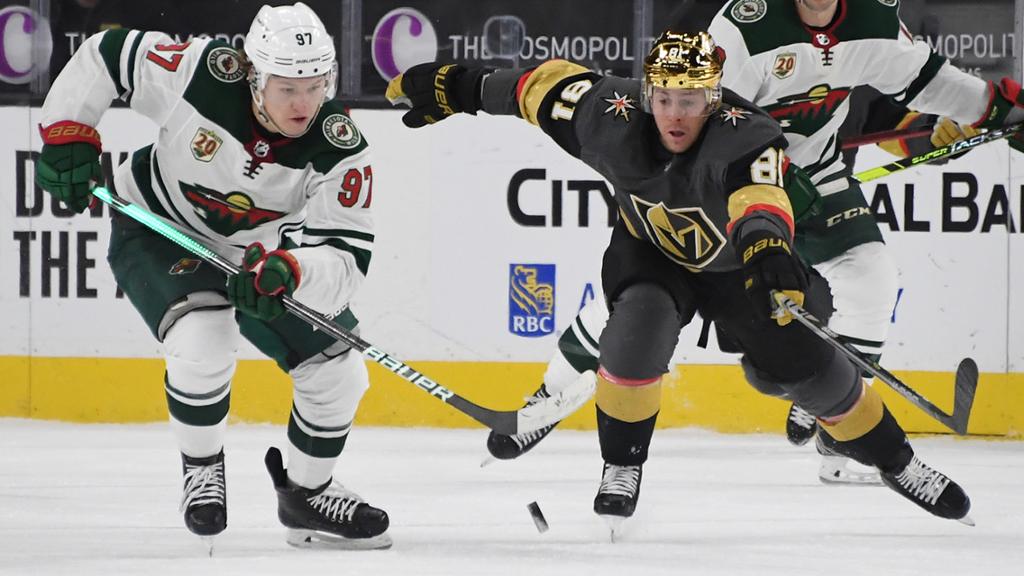 While things have been a bit up and down late for Minnesota, at least it’s something as fans we’re used to. And it’s not just in regards to things with the Minnesota Wild. For Minnesota sports fans in general, it is definitely something we’re accustomed to. Without fail, we know that at some point any of our teams, will at some point disappoint us. However frustrating it may be, we at least are somewhat immune to the pain. But for the “golden children” of the league, they simply don’t have the coping skills needed to deal with disappointment. When everything has been handed to your team on a platinum platter, encrusted with diamonds from the day your team was announced, life is feeling a bit topsy-turvy. I don’t know about you, but I love reveling in this bit of misery.

According to the injury list at TSN.ca, the Vegas Golden Knights currently have seven players. Not only are there seven players listed on Injured Reserve, but some of them are big names that they’ve come to depend on. On this list are Mark Stone, Max Pacioretty, and Alec Martinez. As if that wasn’t bad enough, their current list of injuries also includes goaltender Robin Lehner. Some of you reading this my think I’m wishing injuries on people, but I just see it as Vegas finally returning to Earth with the rest of us mere mortals. Welcome to the real world, where not everything works in your favor.

I suppose I should again point out some numbers, and so let us do that. Firstly, both teams are sporting a 2-game winning streak. Yes, I’m aware that two games do not make a season, but considering what the Wild have dealt with lately, I’ll take those wins as a small moral victory. And then we need to combine those two wins with the current 10-game record for both teams. Minnesota is back in the positive column again, with a 5-4-1 record. In the case of Vegas, things aren’t quite as comfortable with a 4-6-0 record. I don’t know about you, but that puts a bit of a smile upon my face. As the old saying goes, misery loves company, and it feels nice to see Vegas and their fans finally experiencing some misery.

Secondly, the team stats for Vegas are looking human. Neither are they lighting up their opponents, nor are they playing shutdown hockey on a nightly basis. However, I’m not going to sugar-coat things either. You would have to be an absolute fool to not notice that Jonathan Marchessault has 25 goals this season. But of course, I’m sure someone will say “oh well, but Kirill Kaprisov has 32.” While that is absolutely true, Kaprizov doesn’t score against the Wild, where Marchessault does. Although I think it may just be a bit of a mystique about his name, because if I did the counting correct, it looks like Marchessault only has five goals in his career against Minnesota.

For two floundering teams, tonight is an important game. Both desperately want and need to keep their winning streak going. In the case of the Minnesota Wild, they really need to start picking up points against teams that have possibly playoff potential. It’s one thing to earn two points against Chicago, but it’s another to earn those point against a team like Vegas. Of course, Vegas is not Calgary, but at least it would be a step in the right direction. And in the case of Vegas, they need the points in an attempt to gain on Edmonton, who is currently in third place in the Pacific Division. Playing teams that are uncomfortable with their current place in the standings, definitely presents a danger to Minnesota. And because of that danger, I would expect the Golden Knights to come out blazing.

And of course, not discussion of the Minnesota Wild can go without talking about penalties. Again, Minnesota has the fifth most penalty minutes in the league. If I’m pointing this out, you can pretty much guarantee that opponents are aware of this. Not only are they aware of how often they get called for one thing or another, but they definitely know how ineffective the penalty kill is. I would not be shocked if it was a regular coaching tactic and game prep to say “get under their skin and force them to take a penalty.” I don’t know about you, but you can pretty much guarantee that Minnesota’s team defense numbers are a regular discussion when your team is playing them. Of course I’m sure someone will point out that Vegas’ power play isn’t that great, but that doesn’t even matter.

For the Minnesota Wild, if they want a chance at winning tonight, they need to keep things simple. I shouldn’t have to say this, but I will: stay out of the penalty box. Next, they need to keep Vegas to the perimeters as much as possible. With as many players out of the lineup and scoring down in general for the Golden Knight, keeping them out of high scoring positions will be key. I would also like to see Minnesota force their opposition into untimely penalties for once, but Vegas doesn’t take a lot of penalties. However it’s never too late to turn things around.