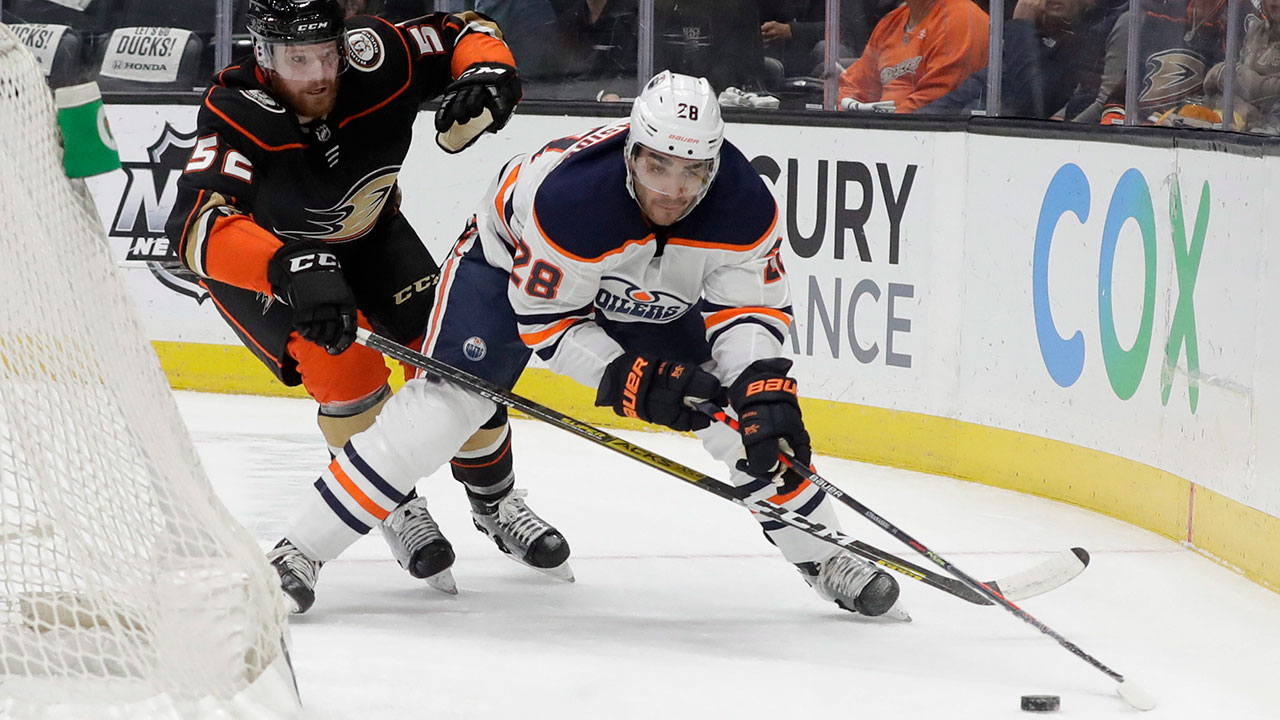 Oilers GM Ken Holland made a splash at the NHL’s trade deadline when he acquired forward Andreas Athanasiou from the Detroit Red Wings. The price was dear, as the Oilers sent second-round picks in both the 2020 and 2021 NHL Entry Draft to Steve Yzerman’s Red Wings.

The returns? Not what Holland, Athanasiou or Oilers fans where hoping for. After a goal and an assist in his debut, Athanasiou didn’t record a point in the next eight games leading into the pause. In the playoffs? Athanasiou showed flashes, especially in Game 2, but failed to record a point.

“I had a relationship with Athanasiou in Detroit,” Holland said on Tuesday in his year-end media availability. “We were trying to bring in more offence. Athanasiou’s impact wasn’t as good as I hoped. I’ll assess here over the next six-seven weeks leading into the off-season.”

What Holland decides in his assessment will have a big impact on the Oilers moving forward. With a flat-cap of $81.5 million for the 2020-21 season, any additions the team makes will likely come with subtractions. The Oilers need another top-six scoring winger. If they go and get one, Athanasiou’s future could be in jeopardy. If they re-sign him? There might not be enough for the addition.

The decision will have an impact on the fall’s plans.

“It’s going to have an impact,” Holland said frankly. “When we made the deal for Athanasiou at the Trade Deadline, it was looking like the cap was going to be a minimum of $84 million to a maximum of $88 million, depending on the percentage that the union wanted to uptick the cap. Certainly, that’s going to affect the decisions we make this summer. There’s a real possibility that this pandemic is going to affect what we do.”

If the Oilers do move on from Athanasiou, it would open the door to the addition of a scorer in free agency. Mike Hoffman, who scored 29 goals with the Florida Panthers, stands out as a real option for the club. Evgenii Dadonov could be a possibility as well.

The decision made on Athanasiou will dictate everything. Does Holland have the faith in the speedy sniper to regain his form from 2018-19, when he scored 30 goals? That’ll be a key story to follow over the next two months.