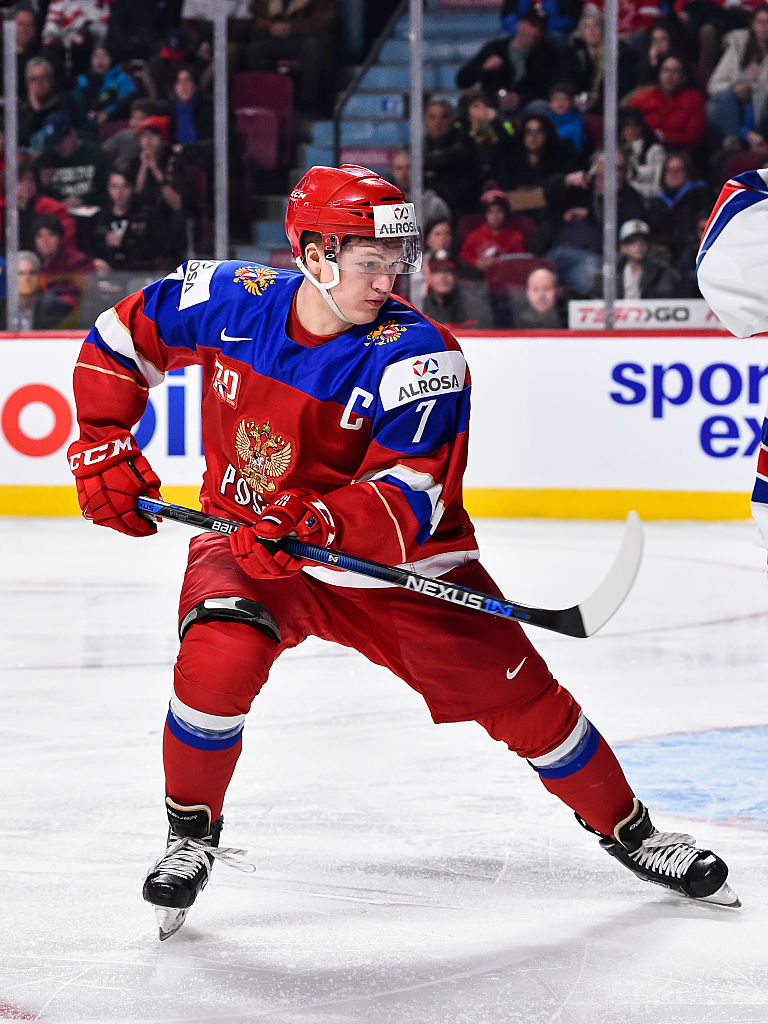 Do you ever get that feeling of deja vu?  Why?  Back in 2000, the Wild drafted Maxim Sushinsky in the 5th round, (132nd Overall) as a way of boosting its lineup with slightly more established European talent.  Sushinsky was a skilled forward with scoring touch and while things were starting to improve a bit on the ice it wasn’t going so well off the ice.  A few months into the 2000-01 season, Sushinsky along with his wife walked into then Wild General Manager Doug Risebrough‘s office and asked for a cash advance of a few thousand dollars as they struggled to assimilate to a new country and its customs, foods, languages, etc.  Risebrough tried his best to calm and comfort his talented Russian winger and gave him a check for a few thousand dollars.  Crisis averted?

Not quite, it worked for a few weeks but then Sushinsky made another nervous walk to Risebrough’s office saying that he wanted to leave the team and return home Russia citing his family just couldn’t adjust to life in the United States.  Risebrough said he’d grant his request, but would like the money back the team advanced to his family.  Sushinsky quickly agreed and wrote the Minnesota Wild a check to cover what it had given his family and Risebrough gave him the release from the deal.  Supposedly Sushinsky’s check bounced and he never played another game in the NHL, not that any Wild fans were really hoping he would return.  He played 30 games for the Wild, scoring 7 goals and 11 points in that short NHL debut.

That couldn’t happen again, could it?

Kirill Kaprizov, also drafted in the 5th round (135th Overall) was the first Russian-born player the Minnesota Wild had selected in over a decade.  At the time, that in itself was seen as a big sign the team was willing to take the risk on finding skill from the nation where there always a bit of a risk in selecting players from a nation that seemed to have a pretty strong hold on its young talent.  The Kontinental Hockey League has billed itself as the best league outside of the NHL and after last year’s World Junior Tournament performance where Kaprizov was probably the best player in the tournament they were going to do all they could to keep him.

Meanwhile, Minnesota Wild fans were certainly banking on the talented Russian winger being a huge part of their franchise’s future plans.  As he had a strong season on one of the KHL’s worst clubs the season after we drafted people began to wonder if the team had found a steal in the 5th round.  Then Kaprizov followed it up not only with that masterful performance in the WJC’s we previously mentioned, but then the best performance (20 goals, 42 points in 49 games) by a player under the age of 20 years old ever.  He surpassed the previous record by Washington Capitals’ star Evgeni Kuznetsov who just so happened to have inked an 8-year deal that is going to be paying him $7.8 million a season so many Wild fans were hoping we had another star player on the cusp of joining our organization.  Just one more year on his current KHL contract left and he’d make the jump and give us a boost of youthful talent.  Not so fast.

Kaprizov signed a 3-year contract which is believed to be worth about $1 million per season with the KHL’s CSKA Moscow, one of the league’s better funded clubs not be confused with Dynamo Moscow who having a bit of trouble these days.  The 20-year old’s rights still belong to the Minnesota Wild so if he does change his mind and decide to play in the NHL, the organization still has that ace up its sleeve.  The news hits the Minnesota Wild just as they are about to host its annual prospect development camp.  I have little doubt that will be a hot topic among Wild fans attending the camp scrimmages even though Kaprizov was not expected to attend.

Should we be surprised?

Not really.  I still remember doing a double take when I heard Minneapolis Star Tribune‘s Michael Russo report talk about Kaprizov at this year’s World Junior Championships and mention that Wild team officials still had not actually met him in person yet.  It was like, ‘Seriously?!?  They haven’t met him yet in person?’ that doesn’t sound too good.  The closest the Wild got to Kaprizov was to meet with his North American representatives for his agent and Kaprizov’s girlfriend.  One would think Kaprizov would’ve been hoping to meet the NHL team and start talking about a contract, playing time etc but all one could do was hope that it was just incredible shyness or perhaps Team Russia had some odd-rule about NHL teams talking to its players after games the way they did during the Cold War.  Yet, reading the tea leaves you could see the team almost going out of its way to try to find other ways to court Kaprizov.

Whether it was talking to his friend and fellow Wild prospect Dmitry Sokolov who reported to team officials his buddy was “definitely wanting to play in the NHL” or signing Team Russia linemate Andrei Svetlakov (and soon to be CSKA Moscow teammate) the team seemed to be gathering friendly faces to woo him our way.  The team even signed his former teammate from last in Swedish-born goaltender Niklas Svedberg a week ago.  As the team seemed to be making these moves it did not take long at all for Wild fans to start to connect the dots of the team’s motives for such moves and in a way it kind of hinted at desperation.  I also remember Michael Russo on his podcast saying that he was shocked to hear Wild General Manager Chuck Fletcher tell him that they’ve let Kaprizov’s representatives know that the team was not going to ask that he spend time acclimating to the North American game in Iowa but rather would have a spot on the big club right away which seemed to be another desperate attempt at making his arrival seem that much more welcoming.  So to see it unfold as it did today almost makes you wonder if they saw this coming (albeit through the ‘veil’ that has kept him hidden from team officials).

I am not a relationship expert, but I think just about everyone has heard a few bogus excuses by people they’ve attempted to date and realize the end (or potential start) was doomed no matter how high your hopes may have been.  The most pathetic rejection excuse I was ever given was “I’m balancing my checkbook.”  So without crying too much in our beer, all the team can do is just stay patient and hopefully Kaprizov changes his mind.

Either way, the news means one of the team’s top prospects won’t be here for at least the next 3 seasons.  That hurts when you consider the team traded Alex Tuch to the Vegas Golden Knights to have them avoid taking one of its defenseman in the expansion draft.  No doubt having Kaprizov still in the prospect stable likely made them feel to part with Tuch wasn’t so bad, but now you’ve effectively lost both.  To add insult to injury, losing Kaprizov makes the loss of that 1st round pick to Arizona hurt a little more too.  The team’s prospect camp is made up mostly of undrafted invitees rather than drafted players and you can see how the club finds itself between a rock and hard place of an aging core of high priced players.   His loss also places somewhat more pressure on prospects like Luke Kunin and Jordan Greenway to develop into impact players for the franchise.  Toss in the team’s other subtractions of Marco Scandella, Erik Haula, Christian Folin and Jason Pominville this off-season has started to sound more and more like a bad country song.  Anyway we could play this song backward to get them all back?

KFAN‘s Brandon Mileski talked about the Kaprizov news today on the Common Man Progrum, and he asked rhetorically if we’d rather see the team settle for a guy who just hits singles or takes a chance on a home run with a 5th round pick like Kaprizov.  Kaprizov certainly seemed like that home run, but it sure does suck when you strike out like this appears to be.  So instead of having that home run hitter like we thought we had we have to settle for wondering ‘what if’ instead.