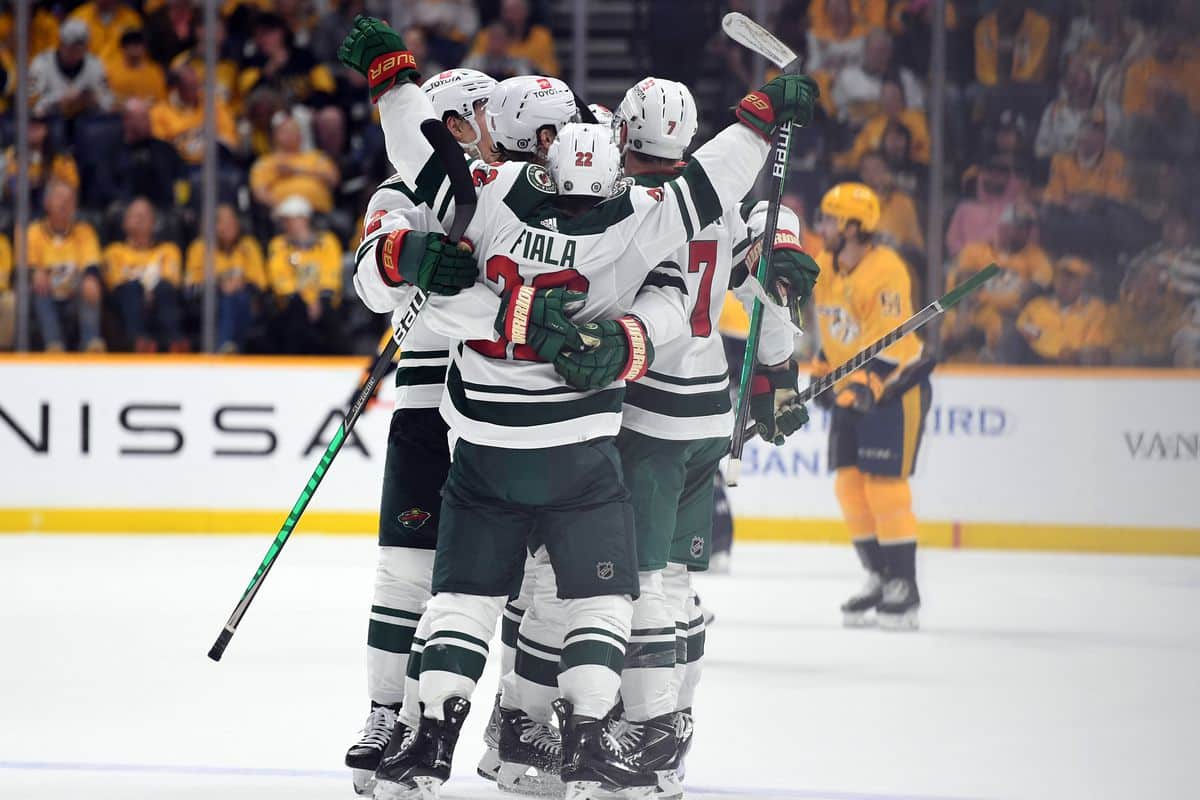 Ryan Hartman raised over $38,000 dollars for Children’s Hospital in Minnesota after his infamous ‘bird’ he gave Edmonton’s Evander Kane that drew a mix of praise and a crowd funding effort to help pay for his subsequent $4,250 fine from the NHL.

Perhaps fans should consider chipping in a few bucks to pay a tattoo artist to ink “Stay out of the penalty box” to every single Minnesota Wild player and coach.

Taking nothing away from Hartman’s move to turn something inappropriate into a charitable positive, but the latter effort might help this team win a few more games both in the regular season and the playoffs.

I’m kidding of course, but all joking aside, this team really needs to avoid taking penalties at all costs.  It doesn’t seem to matter if its Cam Talbot between the pipes or Marc-Andre Fleury, far too many opposing power plays result in power play goals.

Give the Minnesota Wild credit, even with the penalty kill issues the team shows great resilience in battling back.  Having some star power never hurts as Kirill Kaprizov and Kevin Fiala both have the ability to will some goals with some truly outstanding individual efforts.

Case in point, Fiala gathers up a puck near the top of the faceoff circle and walks by one defender and then makes a nice little move past another Predators defender to then beat David Rittich with a wicked backhander to give the Wild a 4-3 lead.

Depth, that pesky word that became a punchline for a certain TNT hockey personality was exhibited on Sunday as the team played with 5 defenseman after team captain Jared Spurgeon went down with an injury just 5 minutes into their game in Nashville.  Dmitry Kulikov, who may not have seen a shift in overtime had Spurgeon still be in the lineup becomes the unlikely hero with a pretty breakaway goal.

Minnesota has tried to give players time to heal up or come off Covid protocol but with home ice still on the line as the team found a way to grind out a victory in a building they’ve struggled mightily in the last two seasons.

Maybe this victory gives Wild fans more hope that this team can be successful against another team that has given them their share of struggles this season in the Saint Louis Blues.

What was maybe lost in this victory was Minnesota’s impressive performance on its face offs where the Wild won 59% of their draws.  This meant Minnesota spent more time in the offensive zone on the power play and also managed to win a fair portion of the possession game which is also why they were able to pepper Nashville with 47 shots on goal.

We were not chasing the game or chasing the Predators all over the ice trying to get the puck back.  It probably didn’t hurt that the Predators may have been a bit tired having played the night before.  Oh well, we’ll take it.

Tonight the Wild will return to St. Paul for its last 3 games of the season against Arizona, Calgary and Colorado respectively.  Saint Louis has the tie breaker advantage against Minnesota because of regulation wins, but the Wild still has a game in hand on the Blues so the real contest is who gets home-ice advantage.

What did you think of this week’s slate of Wild games?  Tell us on Twitter at @CreaseAndAssist! 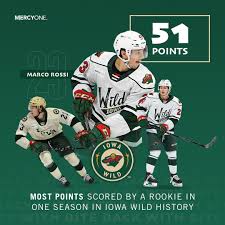 The Desert Rose band has a great song called one step forward, two steps back.  It is a dance that is simply unsustainable by moving back more than you move forward; and right now the Iowa Wild are putting themselves in real danger of missing the American Hockey League playoffs after back to back losses to Texas.

Texas was behind the Wild going into the 2-game series and now sit in the last playoff spot in the AHL Central Division.  Stars’ goalie Matt Murray was outstanding, holding Iowa to just one goal on 72 shots.

Zane McIntyre did all that he could, stopping 33 shots on Friday and Saturday but it still wasn’t enough.

Offensively, the anemic power play is really letting the team down.  Even with Mitchell Chaffee back from a short stint with Minnesota, the Iowa Wild were unable to find the back of the net.

Marco Rossi managed to break the rookie scoring record with the Wild by recording his 51st point of the season, but over the last 10 games the talented 1st round pick from 2020 has been noticeably absent from the score sheet far too often.  In fact, watching his shifts closely it is clear there is a certain level of effort and initiative that is lacking from the Feldkirch, Austria-native.

Is that a reflection of being annoyed at seeing other Iowa Wild teammates like Connor Dewar and Chaffee before him?  Or is simply fatigued from the grind of his first professional season?  Probably a little bit of both, but the result is a player who seems to be a bit disengaged and with every game and point so critical to Iowa’s playoff hopes they can’t afford to have a ‘passenger’ in its lineup right now.

A few years back, Ryan Donato and Jordan Greenway were criticized for their lack of effort when they were sent down to Iowa to help them in their playoff run.  Many saw that lack of effort and initiative of two players who were feeling a bit entitled and lacking the maturity to be a professional and still give their best each game regardless of whether they were happy to be there or not.

Despite what some notable bloggers wish, Marco Rossi is not performing like a player whose play compels a call up.  If he’s really the uber talented forward we’ve been sold on that he is, shouldn’t he be a nightmare for opponents every time he takes a shift?  I hate to break it to you, but its not that way by a long shot.

Thanks to a certain Russian superstar and a budding Swiss one, Wild fans should recognize that true talent can literally carry a team to a victory.  Rossi gets lots and lots of ice time with Iowa, including plenty of shifts on the power play.

Tim Army‘s team is holding out for a late season hero and if Rossi is the player being held back like some say he is, its about time he proves that he is the blue chip forward prospect this organization needs by helping Iowa make the playoffs.

D – Carson Lambos (Winnipeg, WHL) ~ Winnipeg’s alternate captain earned 2nd star for helping the Ice take a 1-0 series lead against the Raiders on Friday in their 3-1 victory.  He would have 3 assists on Saturday in a 5-2 victory over Prince Albert to help give Winnipeg a commanding 2-0 series lead.

LW – Pavel Novak (Kelowna, WHL) ~ Rockets’ alternate captain had a goal on 4 shots and went 4-for-6 on her draws in Kelowna’s 7-3 loss to Seattle.