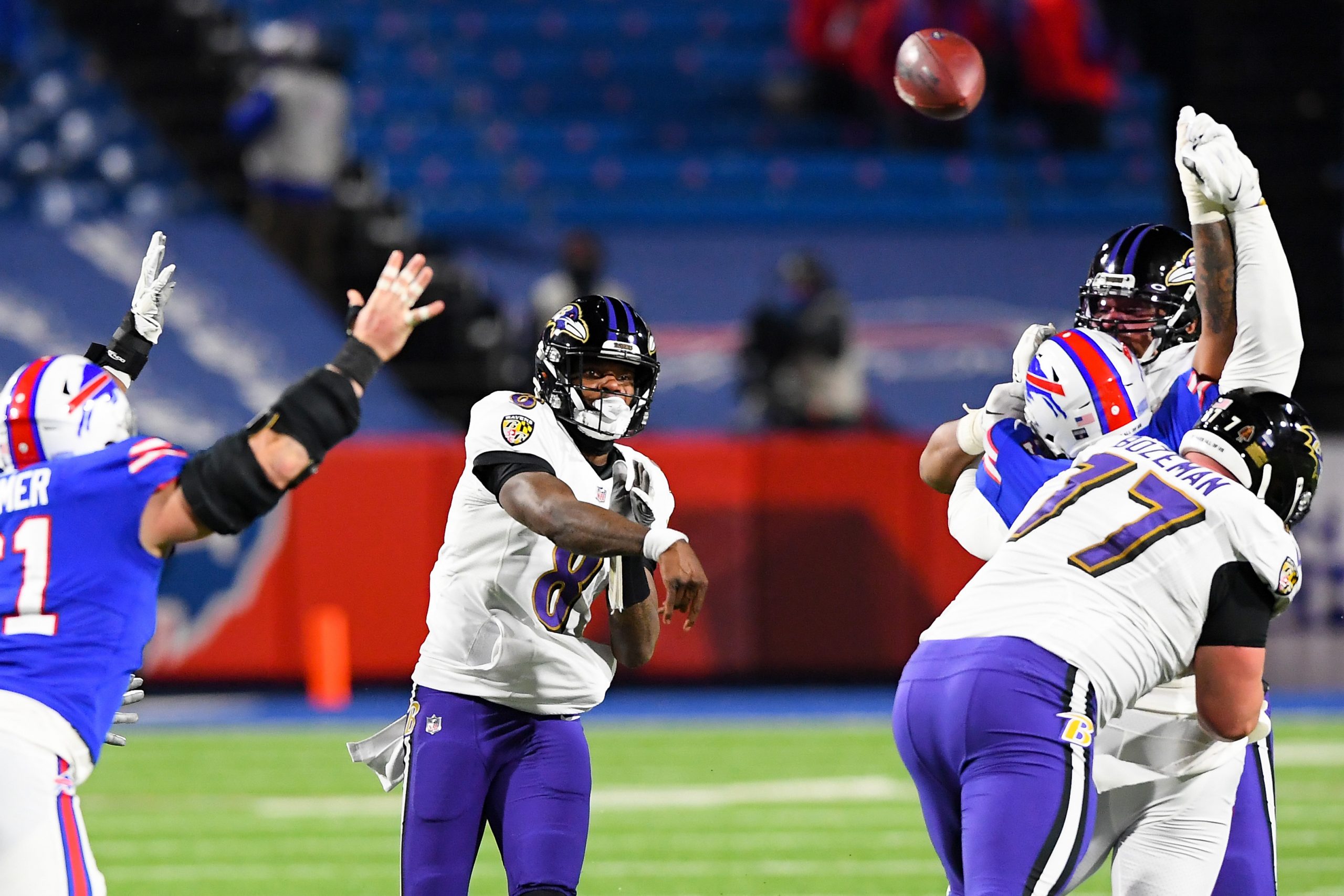 With head coach John Harbaugh’s contract extended for 4 more seasons, there was a question if his OC Greg Roman would be invited back too. That question has been answered.  Roman will get another shot along with a healthier Lamar Jackson to right the ship on offense.

Over the Ravens’ six-game losing streak to close out the season, the offense had red-zone struggles, including a few notable missed opportunities to score touchdowns and a pair of missed two-point conversions to win the game.

Roman has been the offensive play-caller for the past three years and will look to take the unit to another level after injuries majorly impacted its 2021 season.

“I’m planning on Greg to be back. I believe Greg plans on being back,” Harbaugh said. “That’s the plan, and I’m excited about that.

“We’ve done some pretty darn good things here over the past three years, offensively. I think we have a really good vision and understanding of what we want to build offensively – who we’re going to build around and what we need to do it.”

The Ravens had widespread injuries this year, but the offense bore the heaviest brunt.  Lamar Jackson was knocked out for a third of the season, just as Baltimore was scratching to make the playoffs. Both their top running backs were lost before the season started. All-Pro left tackle Ronnie Stanley was done after just one game.

While of course acknowledging the injuries, Harbaugh didn’t excuse the offense’s struggles. Instead, he outlined them, saying they have to improve the called run game (runs minus quarterback scrambles), get better pass protection and cut down on the penalties, especially pre-snap.

“We came up short this year in a lot of ways, but if you take a step back, it’s kind of interesting what we did,” Harbaugh said. “We gained a lot of yards, but we didn’t do a good enough job of turning yards into points. That’s really what it boils down to.”

“I know we can look at [our issues] with the coaching staff that we have, build off it with the players that we have,” Harbaugh said. “Let’s choose our scheme direction wisely. … We’ve got all the elements in the offense.”

“Lamar’s really determined,” Harbaugh said. “The conversations that I’ve had with him, he’s really, really determined. I can’t even emphasize enough how determined he is to improve and get our offense where it needs to be.

“As a coaching staff, as a scouting staff, we want to do our part. We have to trust and rely on Lamar and all the players to do their part, to go to work. He’s got a plan to do that just like all the guys do, and go to work and come back here in April better than you were when you left.”

Harbaugh said Jackson’s ankle is improving, and that his target date to begin offseason workouts is Feb. 14, the day after Super Bowl LVI. The bone bruise that he suffered took longer to heal than originally expected.

“Those things are really unpredictable,” Harbaugh said. “Lamar felt like he was going to be back. He worked really hard at getting back. It just didn’t really heal. There’s not a great deal of blood flow down there in the low ankle, foot area where the bruise was. It just didn’t heal very quickly, and it was painful. You could see it. He stayed in the boot longer than we thought. He was still limping even at the end of the season. I talked to him Saturday, he said it felt great. It was really getting better.”

The 2021 season had peaks and valleys for Jackson, the NFL’s most valuable player in 2019. In Week 2, he lead the Ravens to a come-from-behind victory over the Chiefs, a team he had never defeated in three previous tries. In Week 5, Jackson played one of the best games of this career, leading Baltimore to a 31-25 comeback win over the Colts with a season-high four touchdown passes, all in the second half.

Jackson was in the conversation for MVP at that point, throwing downfield and outside the numbers with success and silencing criticism about his ability to rally Baltimore to comeback victories with his arm.

However, the struggles for Jackson began during a 22-10 loss to the Miami Dolphins on Thursday Night Football, when the Ravens had no effective answer for Miami’s blitz-heavy scheme. Other opponents followed suit by blitzing the Ravens more frequently. During the last three games prior to his injury against the Cleveland Browns, Jackson threw three touchdown passes and six interceptions and was sacked 13 times. For the season, Jackson was sacked a career-high 38 times despite playing just 12 games.

All-Pro tight end Mark Andrews is coming off the best pass-catching season in Ravens history, Marquise “Hollywood” Brown had his first 1,000-yard season and first-round pick Rashod Bateman became an immediate contributor, despite not playing until Week 6 due to groin surgery. However, Jackson’s play is the key to the operation, and Harbaugh is confident that the franchise quarterback will continue to grow in a quarterback-driven league.

“All the things that happened this year, you look at the numbers and stuff like that, that were a step back in terms of our offense, are all things you can look at and understand why,” Harbaugh said. “But at the same time, there’s no excuse. That’s how he looks at it. So let’s go to work and let’s get better at the things we need to get better at. Let’s let that talent shine.” 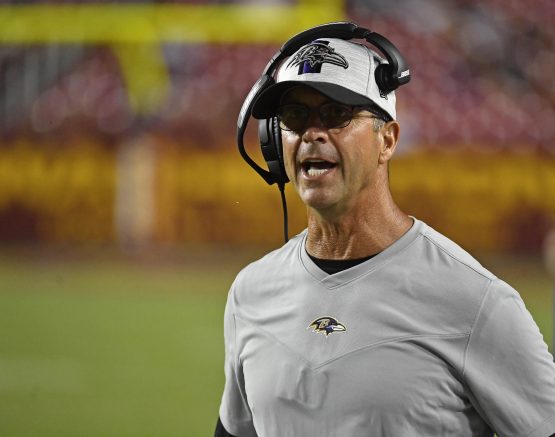