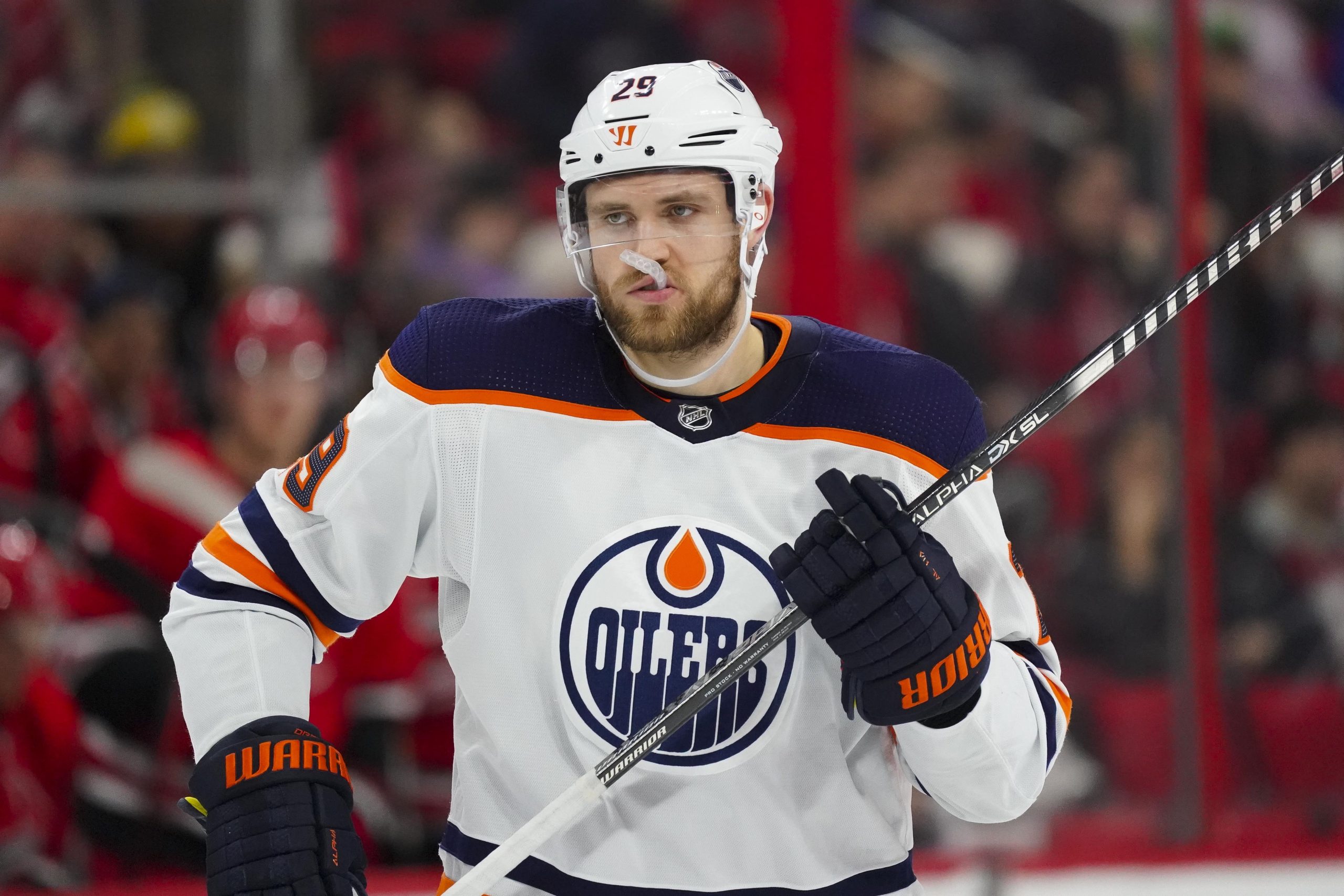 Draisaitl already has some hardware to his name this summer. When the NHL officially announced their ‘Return to Play’ plan, the league officially ended the regular season. That meant that Draisaitl won the Art Ross Trophy as the league’s scoring champion. He was the first German to ever win the award.

Can he complete the sweep after the season and also win the Hart Trophy and Ted Lindsay Award? Two of his teammates, Ryan Nugent-Hopkins and Connor McDavid, believe he should.

“Most of the time it boils down to who had the best season,” Nugent-Hopkins said on Tuesday via video conference. “One’s voted by the players, the other’s not. To be nominated for both is a special thing and my opinion is he’s going to win them both.”

Draisaitl scored a career-high 110 points (43-67-110) in 71 games. It was the second season in a row that he eclipsed the 100-point mark. He did it centering his own line, too. Draisaitl played with Nugent-Hopkins and Kailer Yamamoto on New Year’s Eve, and the group essentially was together until ‘the pause’.

Connor McDavid was the last player to complete the full award sweep for the Oilers. He did so in 2017. While McDavid believes Draisaitl should sweep, he’s not so sure it will happen.

“I don’t know who is going to win but it should be Leon,” McDavid said Tuesday. “I think the players will get it right and vote Leon but you never know with that media.”

Some may call it bias that Nugent-Hopkins and McDavid, both teammates of Draisaitl, think he should win the awards. The thing is, they aren’t alone.

Boston Bruins forward David Pastrnak was also discussed as a candidate for both awards. Although he was not named a finalist for either, his opinion carries weight as an elite forward in the NHL.

We’ll see if the other players and media agree.