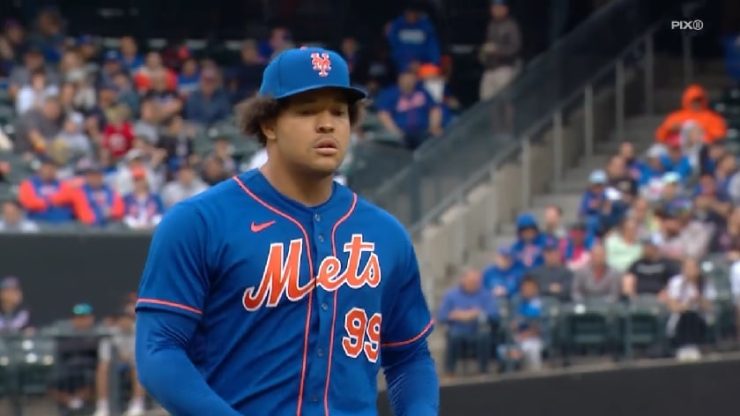 Now that the 2022 season is over for the New York Mets, we have been looking back at the year that was. After taking a more general view of the offense, pitching, and coaching staff, it’s time to take a deeper dive into the Mets’ players. This series will take a look at every player on the roster for the Mets at the end of the season from A (Pete Alonso) to W (Trevor Williams). The review will look at their season statistics, stories, and what role (if any) they will have next season. We continue the series today with a look at starting pitcher Taijuan Walker.

Story: After struggling in the second half of the 2021 season, Taijuan Walker hoped to put together a more complete effort for the 2022 Mets. Things didn’t get off to a great start for Walker, who was forced to leave his first start of the year with right shoulder irritation and landed on the injured list. Walker returned at the end of April and settled in as a dependable middle-of-the-rotation starter, with June serving as a standout month where he went 3-2 with a 2.63 ERA and went toe-to-toe with future Met Justin Verlander in an epic pitcher’s duel in his final start of the month.

The Mets saw the injury bug hit Walker again as he suffered a back injury in Atlanta in August that caused him to have a start pushed back a few days. It’s unclear if the back issue stayed with Walker down the stretch because he had some ups and downs in September, mixing dominant starts with average ones as the team fell one game shy of winning the National League East crown. Walker was left off the Mets’ initial postseason roster after pitching in the final series of the regular season and the team not needing more than three starters in the Wild Card Series but an injury to Joely Rodriguez forced the Mets to add Walker to the roster after Game 1. The Mets ended up not using Walker in the series as they were eliminated by the San Diego Padres in three games.

Walker was one of the Mets’ most durable starters in 2022 and managed to avoid the second-half swoon that hurt him in 2021. The end result was a 2.6 WAR season, which is his best in that department since posting a 2.7 WAR in 2017 with the Arizona Diamondbacks.

Walker declined his player option to test free agency and the Mets opted not to extend him a qualifying offer, perhaps out of a fear that he would accept and lock in a $19.8 million salary they didn’t feel like paying him. That sequence of events paid off for Walker, who cashed in with a four-year deal worth $72 million from the Phillies and will now be looking to beat his old team for the next several years. The Mets opted for a lower-cost alternative to Walker with Jose Quintana’s two-year deal and time will tell if they made the right decision.

Check back next week as our Player Review Series concludes with a look at starting pitcher Trevor Williams!