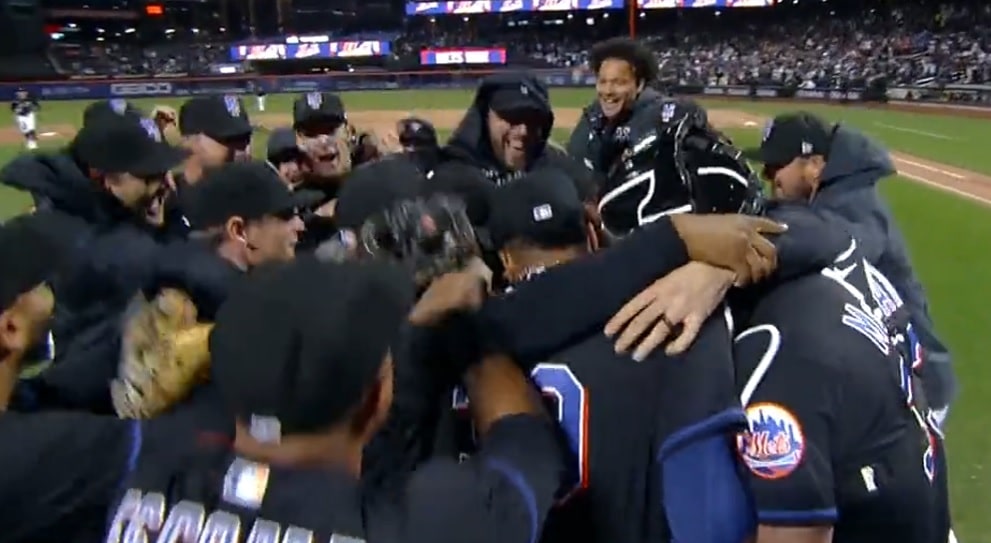 The last day of 2022 is upon us and it was quite an eventful year for the New York Mets. There were some huge highs, such as a 101-win season that snapped a six-year postseason drought, and some rather dreadful lows. Let’s take a look back at the top stories for the New York Mets in 2022.

The Mets kicked off their post-lockout moves by swinging a trade with the Oakland A’s for starting pitcher Chris Bassitt. The deal, which saw prospects J.T. Ginn and Adam Oller head to Oakland, ended up giving the Mets their most reliable starter for 2022.

Pressed into emergency duty thanks to injuries to Jacob deGrom and Max Scherzer, Tylor Megill tosses five shutout innings as the Mets beat the Washington Nationals 3-0 to secure an Opening Day win. The Mets win three out of four to set their year off on a strong note.

The Mets kick off their home opener in style as they blow out the Arizona Diamondbacks 10-3 on Jackie Robinson Day at Citi Field. Francisco Lindor homered from both sides of the plate in the game while Robinson Cano and Starling Marte also went deep.

Trailing by two runs in the top of the ninth and down to their final out, the Mets rally for five runs to stun the St. Louis Cardinals and pick up a 5-2 victory. Dominic Smith’s two-run infield single gave the Mets a lead which Brandon Nimmo expanded with a two-run homer.

Megill and four other pitchers combine to no-hit the Philadelphia Phillies on a wild Friday night at Citi Field. Edwin Diaz strikes out J.T. Realmuto swinging to end the night as the Mets secured a 3-0 win.

Down 7-1 with two outs in the ninth inning, the Mets rallied again for a stunning comeback to beat the Phillies 8-7 in the team’s biggest rally of the year. Marte delivered the final blow with an RBI double off of Knebel to put the Mets in front in a game they really had no business wining.

The Mets beat the St. Louis Cardinals at Citi Field but lose Scherzer to an oblique injury. The issue sends Scherzer to the injured list for six weeks but the Mets manage to survive without him.

The All-Star teams are named and four different Mets get picked to represent the National League: first baseman Pete Alonso, second baseman Jeff McNeil, Marte and Diaz. McNeil ends up starting the game after Jazz Chisholm had to withdraw due to injury.

Marte delivers a walk-off hit as the Mets sweep the New York Yankees in the Subway Series. The win gives the Mets bragging rights in New York for the next month.

The Mets complete a lackluster trade deadline by only acquiring infielder Darin Ruf and reliever Mychal Givens to address huge needs. GM Billy Eppler defends his decisions by saying that the moves were designed not to shortchange the Mets’ odds of winning in the future.

deGrom returns from the injured list and looks sharp, allowing one run in five innings of work. The Mets don’t give him enough run support, however, and lose 5-1.

deGrom’s first start at home since the middle of 2021 turns into a cause for celebration as the Mets defeat the Atlanta Braves 5-2 to win four out of five against their red-hot rivals. The victory extends the Mets’ lead in the National League East to 6.5 games.

The Mets pick up a huge victory against the Los Angeles Dodgers, winning 2-1 in a game defined by a brilliant pitching performance from deGrom and a home-run robbing catch from Nimmo. Timmy Trumpet plays Narco live for Diaz, who worked a perfect ninth inning to record his 28th save of the season.

Scherzer gets hurt again as the Mets lose the opener of a three-game series to the last place Washington Nationals. The Mets drop two out of three on the weekend, allowing the Braves to move closer to passing them in the division.

The Mets lose the opener of their series with the Pittsburgh Pirates and fall out of first place for a day. To make matters worse, Marte gets hit by a pitch and fractures a finger on his right hand that knocks him out for the remainder of the regular season.

Scherzer returns from the injured list and tosses six perfect innings as the Mets beat the Milwaukee Brewers 7-2 to secure a playoff berth. The Mets don’t go wild in their celebration, however, believing that bigger parties will be coming.

The Mets are swept by the Atlanta Braves in a three-game series where they needed just one win to control their own destiny in the National League East. The Braves go on to win the division and secure a first-round bye while the Mets are forced to play a Wild Card Series to advance to the Division Series.

The Mets complete a sweep of the Washington Nationals to win their 101st game, making this the second-most successful regular season in franchise history. McNeil wins the National League batting title, making him the first Met to do so since Jose Reyes back in 2011.

Scherzer is booed off the mound after an abysmal outing as the Mets lose the opener of their Wild Card Series to the San Diego Padres 7-1. The outing was a playoff worst for Scherzer, who gave up seven runs in 4.2 innings of work.

The Mets keep their season alive with a 7-3 win over the Padres thanks to a key explosion from their bats. deGrom, making his first career playoff start at Citi Field, gives up two runs in six innings to pick up the win.

The Mets’ season comes to a shocking end as they collect just one hit in a 6-0 loss to the Padres in the winner-take-all Game 3. Bassitt’s final start as a Met is a disaster as he allows three runs in four innings and the Mets are dominated by Joe Musgrove, who becomes an internet sensation after manager Buck Showalter asks the umpires to check his shiny ears for foreign substances.

The Mets kick off a busy offseason by re-signing star closer Edwin Diaz to a five-year deal. Diaz, who was baseball’s best reliever in 2022, becomes the first closer ever to receive a $100 million contract.

Showalter becomes the first manager in franchise history to take home National League Manager of the Year honors. The 101 wins the Mets earned in 2022 were a remarkable 24-win improvement from the 77 wins the Mets posted in 2021.

The Mets are left stunned as deGrom, who opted out of his contract after the season, leaves them high and dry to sign a five-year deal worth $185 million with the Texas Rangers. The news leaves the Mets without their franchise player and validates rumors that deGrom was eager to leave town.

Owner Steve Cohen wastes little time securing deGrom’s replacement as the Mets kick off the Winter Meetings by signing reigning American League Cy Young Award winner Justin Verlander to a two-year deal. Verlander, who will receiver $86.6 million over the next two years, is set to team with Scherzer atop the Mets’ rotation.

The Mets make their biggest international free agent in years when they sign Japanese righty Kodai Senga to a five-year deal worth $75 million. Senga, 29, completes the Mets’ starting rotation.

While most assumed the Mets were done, Cohen jumps in after Carlos Correa’s contract with the Giants falls apart due to concerns over his physical. The two sides agree to a 12-year deal worth $315 million that is still being finalized (also due to physical concerns) but transforms the Mets into World Series favorites. 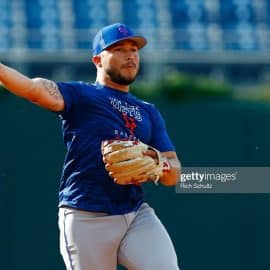