Starling Marte walks it off as Mets sweep Subway Series 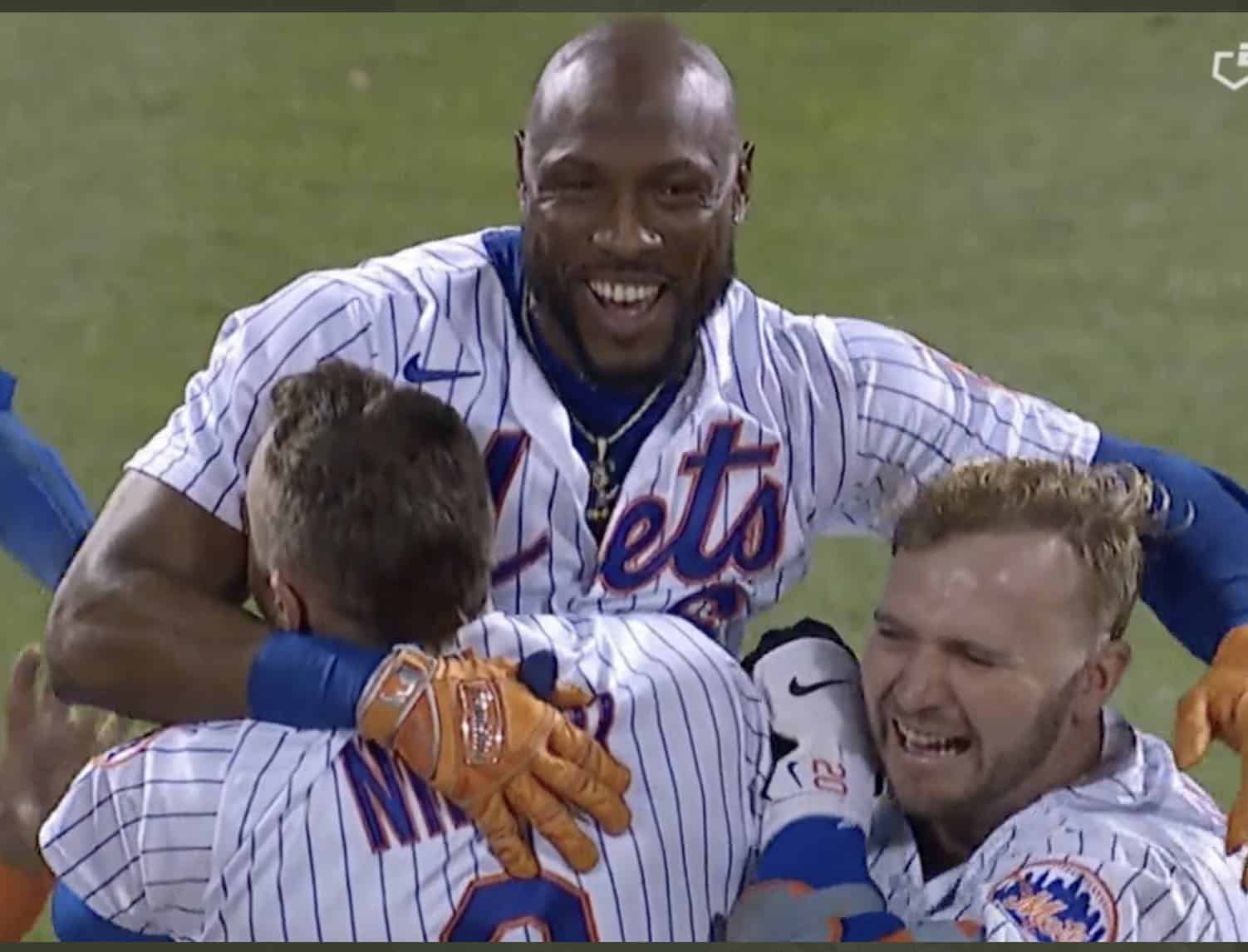 New York- The second round of the Subway Series was more intense than the first, a 6-3 win for the New York Mets, thanks to a much tighter affair throughout. The Mets held a 2-0 lead for much of the game before the New York Yankees tied it up in the eighth inning, leading to some intense theater for the ninth. The Mets (61-37) walked away winners in the end as Starling Marte’s walk-off single delivered a 3-2 win over the Yankees (66-33) and secured a sweep of the Subway Series.

The game was scoreless until the bottom of the second inning when Pete Alonso launched a solo home run (26) to left off of Yankees’ starter Domingo German to grab a 1-0 lead. The Mets extended that lead in the third when Francisco Lindor picked up an RBI single, making it 2-0, and those runs would be all that Max Scherzer would have to work with on his birthday.

Scherzer delivered an absolute gem, dominating the Yankees’ lineup over the course of seven shutout innings. The Yankees managed just five hits and two walks against Scherzer, who struck out six on the night, including Aaron Judge on three separate occasions. Even though Scherzer left in line for a win, the situation was dicey for the Mets since their bullpen has been heavily taxed of late.

With Adam Ottavino and Edwin Diaz combining for nine outs last night, Mets’ manager Buck Showalter opted to try and get through the eighth with David Peterson facing a pair of lefties. The move backfired as Peterson walked Anthony Rizzo before Gleyber Torres hit a two-run homer (16) to right to tie the game. Peterson got one out before Showalter went to Seth Lugo, who worked 1.2 innings of scoreless relief to keep the game tied.

The Mets benefitted from a strange managerial decision out of Aaron Boone, who opted to pitch Clay Holmes in the eighth inning and sent in lefty Wandy Peralta to start the ninth. Peralta (L, 2-3) gave up a leadoff double to Eduardo Escobar, who was sacrificed to third by Tomas Nido. Brandon Nimmo reached on an infield single ahead of Marte, who ripped a single to right field to plate the winning run.

Today’s Player of the Game award goes to Mets’ starting pitcher Max Scherzer, who delivered the kind of standout performance that fans were dreaming of after he signed over the winter. Scherzer didn’t pick up the win in the contest but the Mets weren’t getting a victory in this game without him.

The Yankees went 0 for 7 with runners in scoring position and left nine men on base.

Scherzer has now pitched to a 0.82 ERA in five career starts on his birthday, the best performance from any pitcher on his birthday in big league history with a minimum of five games pitched in that situation.

Marte now has 11 career walk-off hits, the most among active players.

The Mets extended their lead in the National League East to three games after the Atlanta Braves lost to the Philadelphia Phillies earlier today.

The Mets swept their first series against the Yankees since 2014, when they took two at Yankee Stadium, and their first home edition of the Subway Series since 2013.

The Mets went 3-2 on their five-game home stand.

The Mets will fly to Miami tomorrow on their off day ahead of a six-game National League East road trip that begins with a weekend series against the Miami Marlins (46-52). RHP Chris Bassitt (7-7, 3.72 ERA) will take the mound for the Mets while the Marlins will counter with their ace, All-Star righty Sandy Alcantara (9-4, 1.81 ERA). First pitch for the opener is scheduled for 6:40 p.m. on Friday night at loanDepot Park.