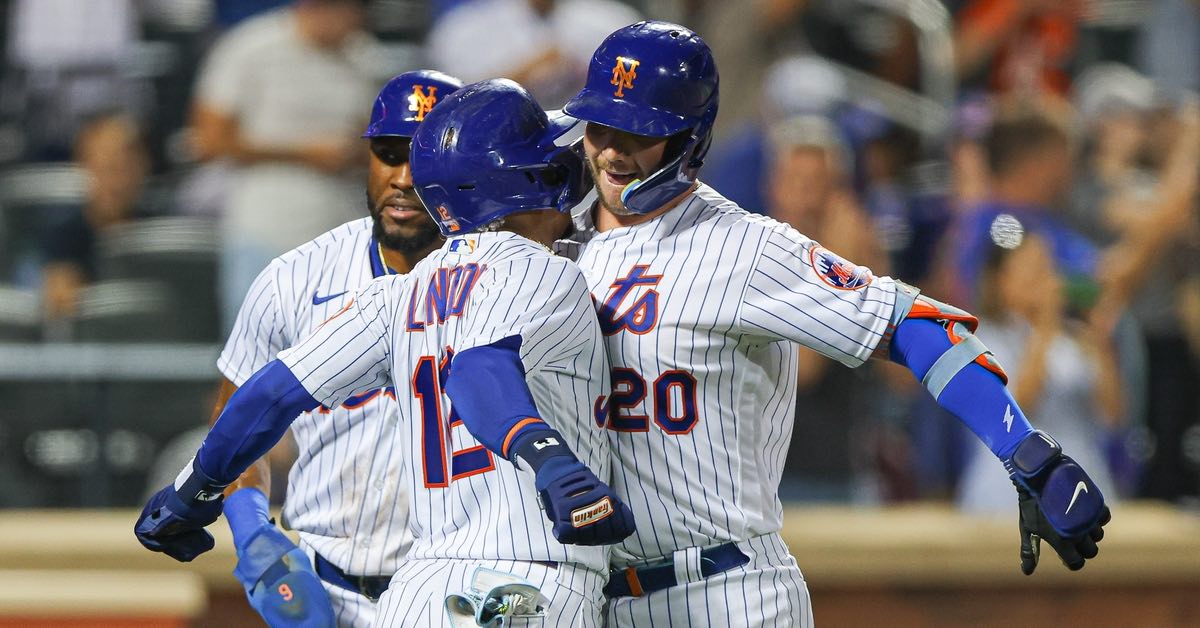 It has certainly been a special season for the New York Mets, who have basically led the National League East from Opening Day onwards. A rare winning June was met with some concern as a red-hot stretch from the Atlanta Braves trimmed a 10.5 game lead down to as little as a half-game at times. The Mets were up to the task, however, and built their lead in the division back up to three games by going 17-8 in July to surge 27 games above .500 for the first time since 2006.

A 6-4 stretch to start the month set up a huge showdown in Atlanta with the division lead on the line in the second week of the month. Strong performances from Max Scherzer and Chris Bassitt, along with some timely hitting, helped the Mets win two out of three to build a little separation from the Braves. Offense was a concern for the Mets throughout the month as runs were hard to come by in a series victory over the Chicago Cubs and a series loss to the San Diego Padres, but a key five-run sixth inning against San Diego on July 24 seemed to unlock the dam for a struggling unit. The Mets used that outburst to snap a three-game losing streak to end July on a six-game winning streak, a run that included a sweep of the New York Yankees in the Citi Field portion of the Subway Series.

There were plenty of star performances for the Mets in July, including from All-Star outfielder Starling Marte, who paced the offense by batting .377 with four home runs, 10 RBIs and four stolen bases. Francisco Lindor also got hot after recovering from a broken finger suffered in Los Angeles, hitting .305 while leading the team in home runs (5) and driving in 13 runs for the month. Pete Alonso also displayed some excellent power production, hitting four more home runs and driving in a team-high 15 runs to bring his season total to 85.

The highlight for the Mets in July was their pitching, however, which dominated the opposition even without Jacob deGrom, whose rehab assignment lasted the whole month. Edwin Diaz continued to shine out of the bullpen, recording seven saves and pitching to a 0.00 ERA for the month, striking out 25 batters in just 11.1 innings pitched. Adam Ottavino was also outstanding, pitching to a 0.82 ERA in nine appearances.

The Mets also began working on roster improvements prior to the trade deadline, acquiring Daniel Vogelbach and Tyler Naquin in separate deals to upgrade around the margins of their roster. GM Billy Eppler figures to be active in the next 48 hours leading up to the deadline with another offensive upgrade and bullpen help likely on his wishlist.

Next up comes a very challenging August schedule that could determine whether or not the Mets will win the division. The Mets will play nine games against the Braves in August, with five at Citi Field this week and another four in Atlanta in a few weeks, and another seven against the Philadelphia Phillies. A Subway Series rematch at Yankee Stadium looms towards the end of the month while the Mets will wrap up August with a visit from the Los Angeles Dodgers in what could be a playoff preview.

A fortified roster will help the Mets weather this challenging 30-game stretch, especially with deGrom set to make his season debut tomorrow. With how well the Mets have played this season, a target of 20-10 is feasible and would likely set the Mets up for a stampede down the stretch to secure the NL East title. Going 20-10 in August would put the Mets at 84-47 with a very soft September schedule on tap, making this month the most important one for the Mets in 2022.